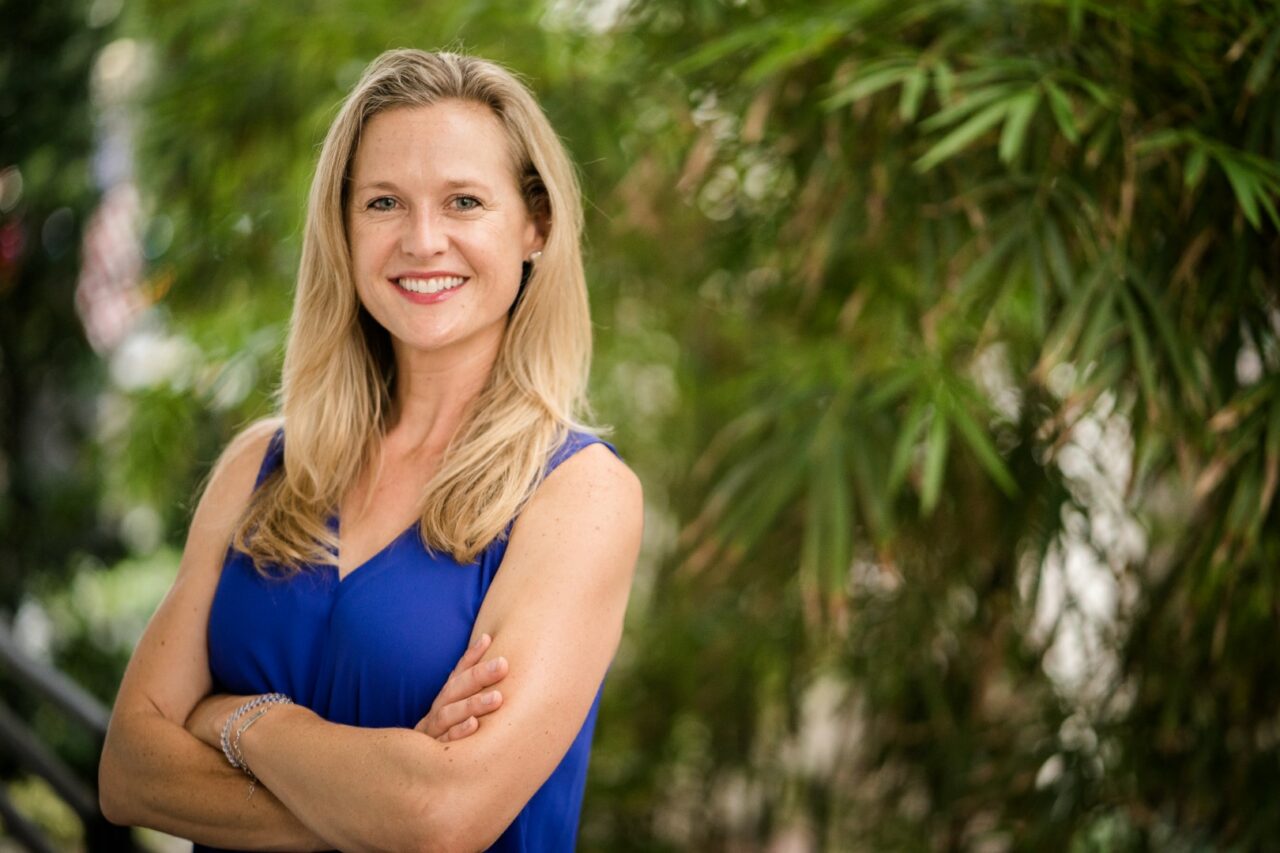 'We make progress forward, but this is a time of gut check for people.'

Lindsay Cross, the Democrat in the House District 60 race, found politics while looking for ways to save the environment. The effort to clean up waterways requires the goodwill of legislators, not just to kick in funds but to support local attempts at conservation, such as a fertilizer ban during the summer months.

Cross, who started her career at the Tampa Bay Estuary Program, was part of an effort to enact a seasonal ban on fertilizers known to harm water quality at certain levels, a situation aggravated by heavy rains. The ban prohibited use during the summer months.

“The turfgrass Industry and the fertilizer industry didn’t like it,” she said.

County Commissions adopted the measure but were subsequently overruled by the Legislature, part of a recent series of preemption bills remanding governing authority to the state.

“We’re governed more at the state level than the city level,” Cross said, a truism learned in a formative decade with the Tampa Bay Estuary Program, during which she earned a master’s degree in environmental science and policy at the University of South Florida.

Fluency on environmental issues helps Cross, 44, articulate the messages of a campaign that reaches much further. Other key issues include containing soaring costs for renters and homeowners; competitive teacher pay; public transportation; help for small business start-ups; accessible health care; and attention to the rights and opportunities of women, racial minorities and LGBTQ+ residents.

But her knowledge and experience working with the environment, both professionally and as a volunteer, have created a sort of metaphor by which she approaches everything else. Awareness of climate change enhances the importance of affordable flood insurance. Fertilizer runoff isn’t just bad for the water; the phosphorus and nitrogen it brings also kills sea grasses, which reduces fish populations.

After leaking gypsum stacks at the former Piney Point phosphate processing plant led to a release of 215 million gallons of wastewater last year, Cross wrote a guest column noting a diligent and sustained pollution reversal by Tampa Bay-area residents since the 1970s. The result? The bay has become as clean as it was since the 1950s, she said a year ago.

But with recent events aggravating the red tide, leading to more than 1,500 tons of dead marine life removed from Pinellas County, including dolphins and manatees, “Tampa Bay has begun to slide backward,” she wrote.

Keeping a clean water priority will require a collective will, including among neighbors who might not agree on much else. But it can be done, she believes, not just for the environment but across a range of issues. Cross was an undergraduate at Colorado State University in 1999, the year two boys killed 13 others and themselves. Her roommate knew some of the families affected.

“No one had ever heard of anything like that, that atrocious,” she said. A massacre at an elementary school in July brought the total school shootings this year to 27, a consequence Cross attributes to the wide availability of assault weapons.

“We make progress forward, but this is a time of gut check for people,” she said. “Things were going pretty well with the economy and largely with the health of our environment. Now we’re seeing more climate issues with wildfires and droughts and floods. We’re seeing the rollback of our rights and our freedoms being taken away. And I think it’s a time for people to say, ‘Are we on the right path? Or do we need to use human ingenuity and start building a better future for everyone?’”

Cross was born in Lansing, Michigan, and grew up in suburban Detroit. Her parents, both teachers, made enough to meet the short- and long-term household needs by budgeting carefully. If elected, she pledges to take the state budget just as personally.

A physical education requirement at Colorado State led her to scuba diving. After moving to Clearwater in 2001, she entered a Mac’s Sports and said she wanted to be a dive instructor. Getting there meant getting advanced training, which she received through Scuba Schools International and the National Association of Underwater Instructors (NAUI), becoming a divemaster. It’s training she used as a former president of the Friends of Weedon Island, teaching ocean restoration to young people.

She did complex work as Executive Director of the Florida Wildlife Corridor, which seeks to allow animals to migrate through 18 million acres of land, nearly 10 million of them protected. Her experience lobbying for funds — to secure easements, for example, or compensate homeowners for cooperating with the Corridor’s goals — taught her how legislation is crafted, and budgets are finalized. Cross joined Florida Conservation Voters as a public land advocate in January 2019 and has directed water and land policy there since June 2019.

A run for the Senate in 2018 saw Cross get within 9 points of popular incumbent Jeff Brandes. With a canceled Primary, she will face Republican Audrey Henson this year in the General Election.

Henson has a compelling personal story of growing up in a single-parent home touched by opioid addiction, experiences that shaped her belief that public assistance programs can do more harm than good. The founder of a small nonprofit for aspiring congressional interns and an excavating company, the Florida native lists beach renourishment and protection against offshore drilling among her priorities.

Her answers to a candidate survey devote more space, however, to such things as advancing former President Donald Trump’s border wall, cracking down on undocumented immigration through the Port of Tampa, and aspiring “to protect Pinellas County from the threat of socialism embraced by DC progressive liberals.”

Henson originally filed to run in Florida’s 13th Congressional District, the seat Charlie Crist vacated to run for Governor. She switched in May to run for HD 60, which is shaping up as a battleground race. Candidate donor bases contrast somewhat. A July Tampa Bay Times analysis found that 90% of Henson’s $268,000 in funds came from her campaign, the Republican Party of Florida and three wealthy donors.

Cross has garnered hundreds of contributions, most of them well below $1,000. She has also racked up a long list of prominent endorsements, including Crist and Ben Diamond, who left HD 60 to run for Congress before suspending that campaign. Diamond called Cross “my go-to when I have water quality and environmental questions,” as well as a committed advocate.

“I have authentic relationships with people here,” Cross said. All of those years of learning, listening, lobbying and debating has informed her vision. Consensus building, after all, means finding areas of agreement with people who might otherwise disagree. It’s what she believes we all want, despite what the sharpest rhetoric might say.

Culture wars and mudslinging, she said, “just brings us inside in a way that you’re afraid to interact with others, afraid to see the vulnerability and the humanity in people. But I think ultimately people are craving connection. They want to feel like they’re part of something bigger in a community.”

nextJoe Biden no longer shy in singling out Donald Trump, the ‘former guy’