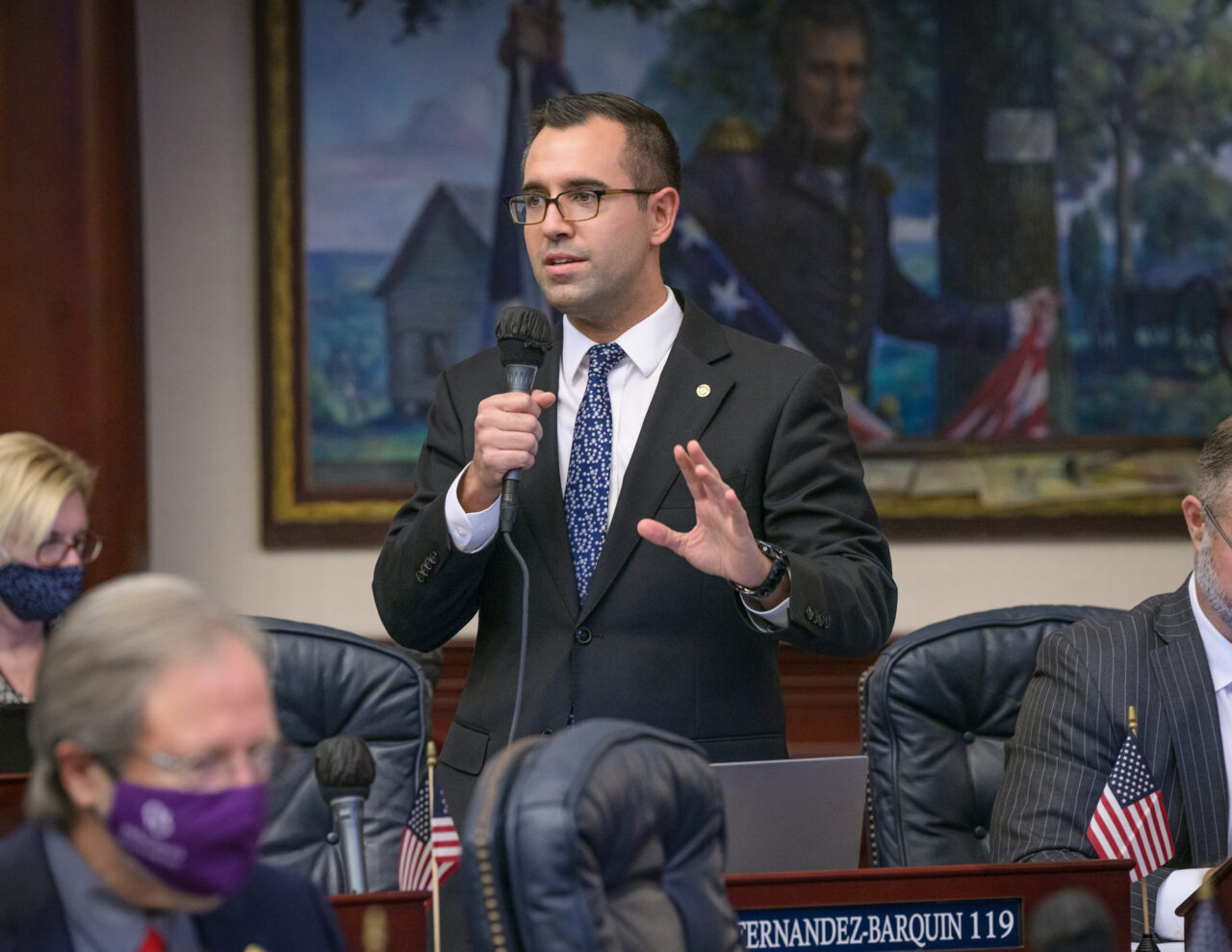 Fernandez-Barquin has proven himself a dependable ally to DeSantis in the Legislature.

The Governor announced his endorsement of Fernandez-Barquin on Twitter, writing Monday that the twice-elected state lawmaker “has been a strong leader in protecting public safety and parental rights.”

He added, “I look forward to working with Juan to Keep Florida Free.”

I'm pleased to endorse @RepJuanFBarquin for re-election to the Florida House. He has been a strong leader in protecting public safety and parental rights. I look forward to working with Juan to Keep Florida Free.

Representing Miami-Dade County, Fernandez-Barquin has proven himself a dependable ally to DeSantis in the Legislature, sponsoring or co-sponsoring “red meat” measures like the anti-riot bill (HB 1), Stop WOKE Act, and the so-called “Don’t Say Gay” bill that restricts classroom discussion of gender identity and sexual orientation.

This year, he faces two challengers in the Primary Election: Francisco Rodriguez, a system analyst with the Miami-Dade Public School district and Daniel Sotelo, a U.S. Air Force veteran and local small business owner who ran unsuccessfully in 2018 and 2020 as a no-party candidate for House District 119 and a Miami-Dade Community Council seat.

In interviews with the Miami Herald this week, Fernandez-Barquin was the only one of the three to voice a strong opinion against the Proud Boys, which the FBI has labeled an extremist group. He was also alone in saying there should be some exceptions for Florida’s new ban on abortions after 15 weeks of pregnancy.

The winner of the Republican Primary will face the only Democrat in the race, Johnny Farias, an electrician who previously represented South Bay as an elected Miami-Dade Community Council member.

.@RepJuanFBarquin is a proven Republican leader that stands for law and order, parental rights in education and economic prosperity. Vote #72 for Juan to continue fighting to #KeepFloridaFree! https://t.co/IaKqqFr5aT

Fernandez-Barquin leads his opponents in fundraising and endorsements, with prior nods from Speaker-designate Paul Renner and several police and firefighter unions.

“Thank you (DeSantis) for your vote of confidence!” he wrote. “Count on me to stand along side you to #KeepFloridaFree!”

HD 118 covers a narrow strip of Miami-Dade west of the Florida Turnpike, including portions of the unincorporated Kendall, Perrine, Sunset, and Westchester neighborhoods.

The Primary Election is on Aug. 23. Early voting in Miami-Dade County is now underway.