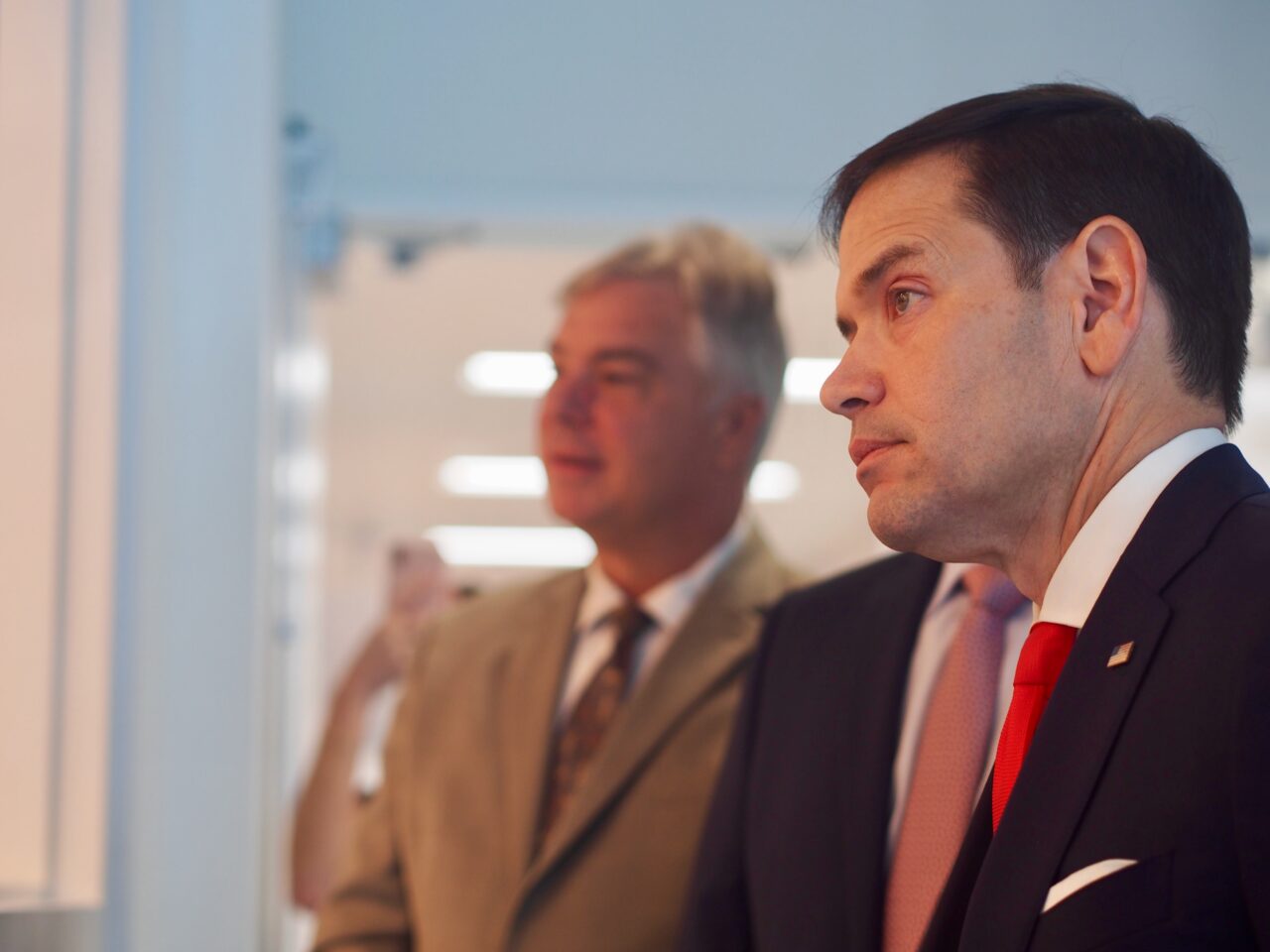 As long as China can steal technology from American companies, the U.S. shouldn't invest, Rubio said.

Two weeks after voting against a bill to provide $52.7 billion in subsidies for U.S. semiconductor production and research, Republican U.S. Sen. Marco Rubio defended his vote in a room full of semiconductor corporate executives.

After touring the SkyWater chip plant in Kissimmee, and hearing several executives at a roundtable he empaneled herald the recent passage of the CHIPS and Science Act of 2022, Rubio laid out his objections to the bill, which he said overcame his support for the bill’s intention, investing in American technology innovation to compete with China.

But there was that objection, and Rubio explained himself in depth to the tech company executives gathered at the SkyWater offices in Osceola County’s NeoCity tech business park, just outside of Kissimmee: Rubio contended microchip makers got the bill’s security provisions watered down so much there would be little or no defense against China’s intellectual property theft of American innovations.

The issue of support for or opposition to the CHIPS Act, approved in a bipartisan fashion in Congress and signed Tuesday by President Joe Biden, is already emerging as a 2022 U.S. Senate election campaign wedge between Rubio and his likely November opponent, Democratic U.S. Rep. Val Demings of Orlando.

The CHIPS bill actually was rolled into another for Supreme Court funding, H.R. 4346. Rubio was one of 33 Republicans to vote “no” in the Senate in late July, while 17 Republicans voted “yes.” Florida’s U.S. Sen. Rick Scott also voted “no.”

Rubio has long promoted two ideas regarding semiconductor research and manufacturing, and he said they came into conflict with the final version of the CHIPS Act.

Despite his desire to be seen as a free-market capitalist, he told the gathering at NeoCity he believes there are times when the government needs to override market outcomes, and investing in American microchip technology innovation and manufacturing is a key example.

Yet he also believes China’s dominance in the microchip manufacturing center combined with the government’s virtually open promotion of theft of intellectual properties like semiconductor design must be addressed first before America invests heavily in American research he believes will ultimately be stolen by China.

“If we’re going to invest billions of dollars of your money, taxpayer money, in developing semiconductors, we should at least have additional security requirements, because they’re already stealing our innovations now,” Rubio told reporters afterwards.

Rubio wasted no time offering his assessment in response. Yes, America needs to be investing in American technology research, even if that means bending the free market rules.

Yet, Rubio told the roundtable, the risk of China stealing America’s technology innovations is currently too great to invest right now. He argued lax rules are in place about when and how American companies can have chips actually manufactured in China, where the government and government-owned tech manufacturing companies are conspiring to reengineer and steal the technology.

“The greatest threat to intellectual properties in human history has happened in just the last decade. Hundreds of billions of dollars of research, often funded by the American taxpayer, turned over,” Rubio said.