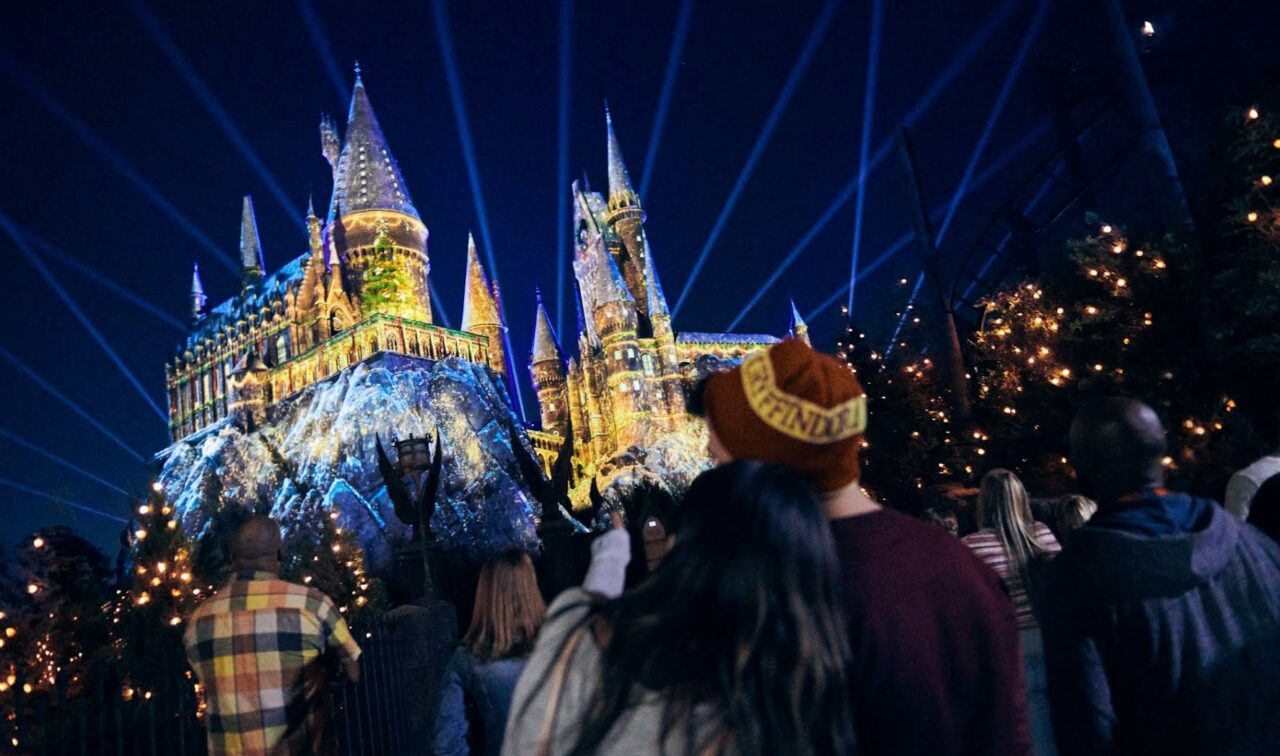 'Throughout the entire destination, guests can celebrate the most wonderful time of the year.'

On a 90-degree humid summer day in Orlando, sometimes it helps to remember that cooler days will someday prevail again.

With that spirit, Universal-goers have the winter holidays to look forward to as the theme park resort announced its Christmas holiday lineup.

The festivities start Nov. 12 and run through Jan. 1.

“Throughout the entire destination, guests can celebrate the most wonderful time of the year with an incredible collection of epic festivities featuring some of pop culture’s most beloved stories and characters — all brought to life in experiences that range from traditional merriments to irreverent twists on holiday classics that can’t be experienced anywhere else,” Universal announced Thursday.

Getting the winter holiday treatment will be the Hogwarts castle and the rest of the Wizarding World of Harry Potter.

Themed decorations, garlands and lights are going up at Hogsmeade and Diagon Alley while at night, a projection of “holiday spirit and Christmas moments inspired by the beloved ‘Harry Potter’ stories” will be displayed on the castle.

Other special entertainment is planned.

“Guests can also enjoy special holiday-themed performances from the Frog Choir, comprised of Hogwarts students and their giant croaking frogs, in Hogsmeade and the wizarding world’s most popular singing sensation, Celestina Warbeck and the Banshees, in Diagon Alley,” Universal said.

At Universal Studios, the Universal’s Holiday Parade featuring Macy’s is back with characters from films such as “Despicable Me,” “Shrek” and “Madagascar” as well as giant balloons, dozens of holiday floats and hundreds of performers.

Mannheim Steamroller will also be performing at Universal Studios on Dec. 3, 4, 10 and 11.

Meanwhile at Universal’s Islands of Adventure, the Grinch himself will be retelling his story in a live performance of the holiday classic.

“While strolling the land, guests can enjoy special appearances by the merry Whos from Who-ville as they prepare for their favorite holiday throughout Seuss Landing — and even meet the mean, green one himself, the Grinch, for a special photo opportunity.”

At Orlando’s theme parks, the holidays have become big moneymakers and major attendance drivers for visitors, both locals and tourists.