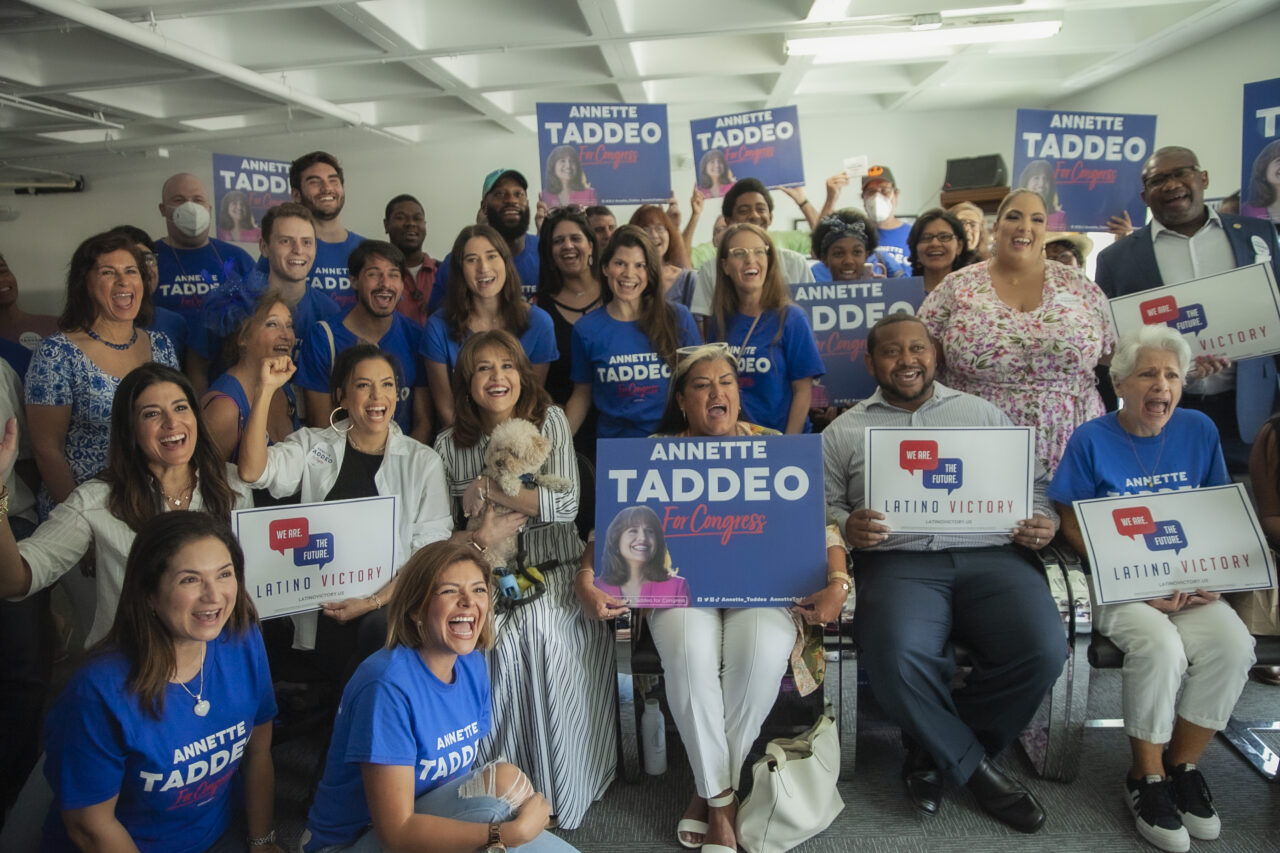 This past weekend proved fruitful for progressive, politically minded celebrities with an eye on the Sunshine State, as dozens of celebrated performers, journalists and activists with roots in Latin America united for the “¡Vamos Florida! Weekend of Action.”

The weekend kicked off in Coral Gables with “Brunch Like a Madre,” named after Latino Victory’s “Vote Like a Madre” initiative to combat air pollution and climate change at the ballot box. Attendees, including a passel of influential Latinas, made a “pinky promise” take bold action to protect the planet and enlist others in the cause.

On Sunday, Longoria, Rayes and a cadre of community organizers met at Taddeo’s office for a “Get Out the Vote” rally and canvass kickoff event.

Latino Victory Fund, the lobbying and political spending arm of Latino Victory, has endorsed Taddeo as its preferred representative in CD 27.

“(She is) part of the organization’s investments in Latino candidates and voters in this key battleground Latino state,” the group said.

nextSunburn — The morning read of what’s hot in Florida politics — 8.17.22