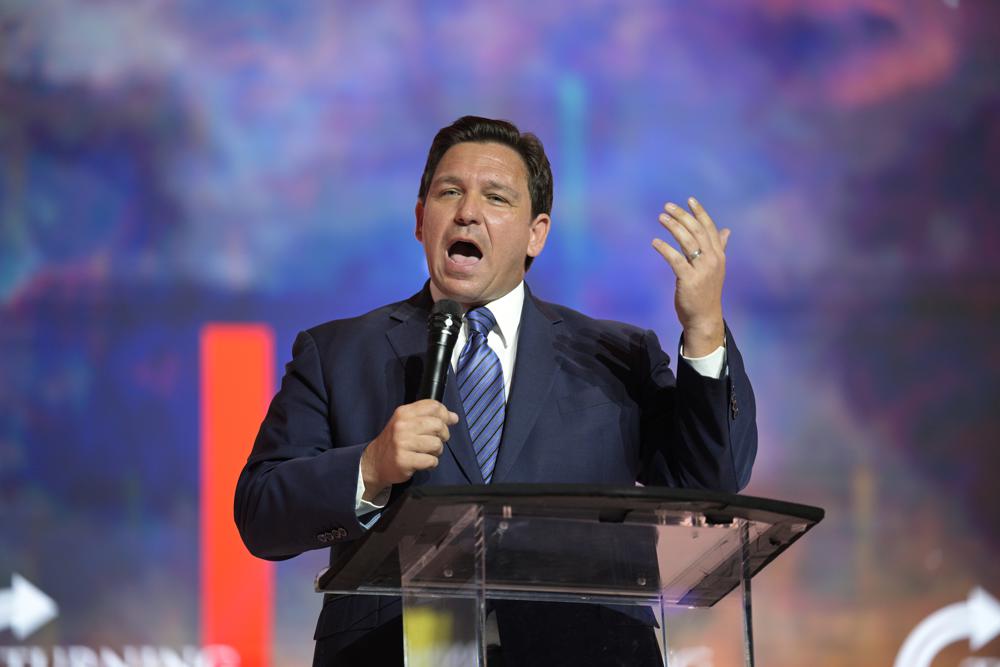 The IRS Eagle is flipping the bird to the American public, says Gov. Ron DeSantis.

Florida’s Republican Governor had strong words for Democrats in Washington, who outlined plans for 87,000 new IRS employees as part of the Inflation Reduction Act President Joe Biden signed Tuesday. DeSantis says Washington is “going after you.”

“Of all the things that have come out of Washington that have been outrageous, this has got to be pretty close to the top,” DeSantis said. “I think it was basically just the middle finger to the American public, that this is what they think of you.”

According to the Governor, who is considered a contender for the 2024 presidential nomination, the expanded IRS won’t go after billionaires, who have teams of accountants and lawyers.

The IRS expansion is slated to take place over the next 10 years and isn’t reserved for IRS agents — in the Al Capone sense. In a statement on Tuesday, IRS Commissioner Chuck Rettig said the new resources will allow the agency to provide additional services to taxpayers.

“The IRS has struggled for many years with insufficient resources to fulfill our important mission,” Rettig said. “During the next 10 years, these funds will help us in many areas, including adding critical resources to not just close the tax gap but meaningfully improve taxpayer service and technology.”

However, Biden’s critics have likened the planned expansion to a private army that will hunt down political adversaries. Republicans’ distrust in the IRS has only been strengthened in recent years after the agency scrutinized conservative groups, for which the IRS has apologized.

It’s not the first time this month that DeSantis has criticized the move. In a tweet after Florida Politics broke the news that the FBI served a search warrant at former President Donald Trump‘s Mar-a-Lago last week, the Governor linked the two events.

“Now the Regime is getting another 87k IRS agents to wield against its adversaries? Banana Republic,” DeSantis wrote.

“An expansion of the IRS? No one asked for this,” Patronis wrote. “It will target Florida. He should have just stayed on vacation.”

Republican U.S. Sen. Rick Scott, who previously served as Governor, warned job-seekers Tuesday against applying for “Biden’s IRS Army,” saying they won’t provide long-term job stability, as Republicans are looking to axe the positions. He has also previously said revamping the agency will lead to more “snooping” on the middle class.

DeSantis also noted there will be more employees in the IRS than in several other agencies combined.

“They’re not putting very much money down at the border, I can tell you that right now,” DeSantis said, “but they want to be able to do it and unleash them on American taxpayers. That’s wrong.”