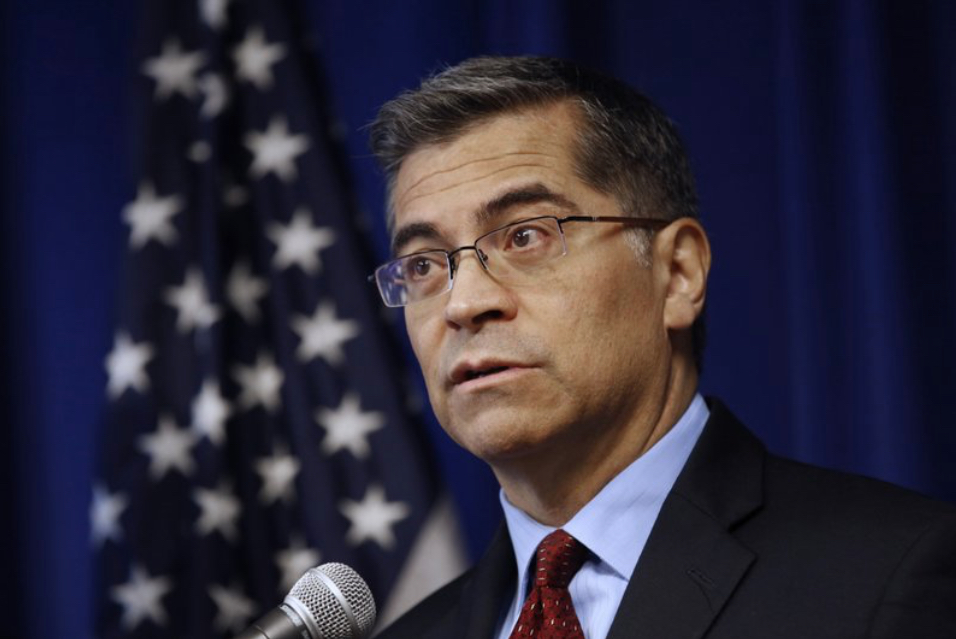 Health and Human Services Secretary Xavier Becerra says its 'one of the most consequential laws of our lifetime.'

A top official with the Joe Biden administration predicted on Thursday that in the coming year, an additional 543,000 additional people will qualify for Obamacare policies, the costs of coverage for the two million-plus insured on the federal health insurance exchange would remain steady and Medicare beneficiaries with diabetes will pay lower costs.

All come as a result of the Inflation Reduction Act, insisted Department of Health and Human Services (HHS) Secretary Xavier Becerra. Becerra contended in a press availability that the new law delivers on President Biden’s promise to lower health care costs and continue to improve upon the Affordable Care Act, commonly referred to as Obamacare.

“The IRA is one of the most consequential laws of our lifetime — and I say this having been in Congress to help draft and pass the Affordable Care Act and having been the Attorney General defending the law before the Supreme Court,” Becerra said of the new law.

One of the more heralded provisions in the law allows Medicare in 2026 to begin negotiating the price of the top 10 most expensive drugs taken at home and on the market for at least nine years without competition. In 2027, Medicare can negotiate the costs of another 15 drugs and eventually allows the government to annually increase to 20 the number of drugs it can negotiate.

Other provisions in the Inflation Reduction Act regarding pharmaceutical costs kick in sooner.

In 2023, the bill limits co-payments for insulin to a maximum of $35 per month in Medicare Part D, the prescription drug benefit covered by Medicare. About 232,000 Florida Medicare beneficiaries used insulin in 2020, according to state-specific information released by the Department of Health and Human Services following Becerra’s press availability.

About 3.6 million Florida residents are enrolled with Medicare Part D and in 2024, premium increases for them will be capped at 6% annually.

According to the federal government, about 2.7 million people enrolled on the federal health insurance exchange would have seen their premiums increase by an average of $590 annually when lower premiums made available in the American Rescue Plan expired at the end of the year.

But the Inflation Reduction Act ensures the costs of premiums don’t exceed 8.5% of income. The Congressional Budget Office projected it would cost an additional $64 billion to keep the expanded subsidies in place through 2025.

The federal government maintains the expanded subsidies help Florida small business owners and self-employed individuals the most. According to data from the U.S. Treasury, there are 477,000 small business owners and self-employed adults enrolled in the exchange. They account for 26% of the working-age population enrolled in the exchange.

Biden signed the Inflation Reduction Act this week. In addition to lower health care costs, the legislation aims to tackle climate change and raise taxes on corporations just weeks before the midterm elections. It passed by a partisan vote, with Democrats in support.

“Today is a momentous day for older Americans. By passing the Inflation Reduction Act, Congress has made good on decades of promises to lower the price of prescription drugs. Seniors should never have to choose between paying for needed medicine or other necessities like food or rent, and tens of millions of adults in Medicare drug plans will soon have peace of mind knowing their out-of-pocket expenses are limited every year,” Jenkins said.

“Many people said this couldn’t be done, but AARP isn’t afraid of a hard fight. We kept up the pressure, and now, for the first time, Medicare will be able to negotiate with drug companies for lower prices, saving seniors money on their medications. I thank the House members whose votes today will bring real relief to millions of Americans, and I look forward to President Biden signing this bill into law.”