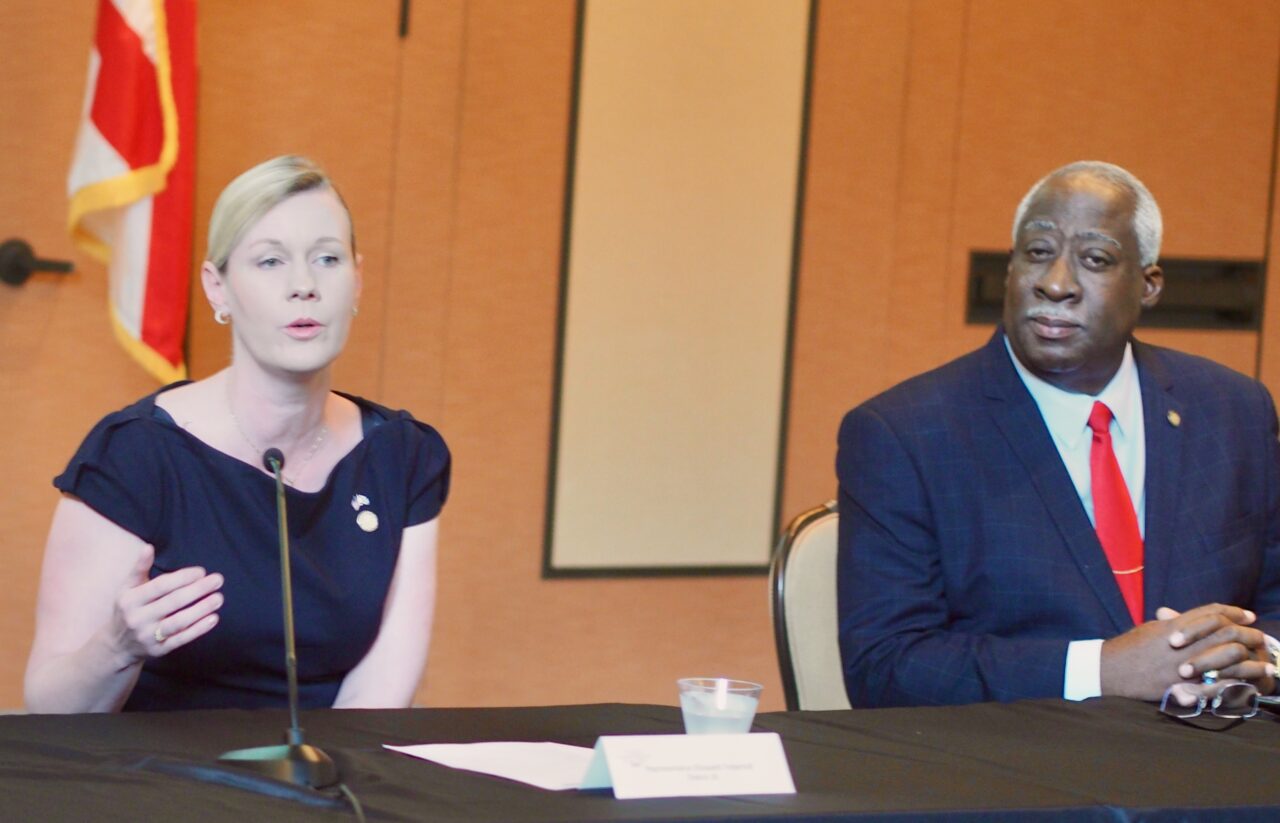 The Legislature’s only incumbent-on-incumbent race was also the closest.

Election officials named Barnaby the GOP nominee Friday after recounts showed the final margin in the Volusia County district settle at 30 votes, the closest legislative race in the state.

The final results capped a prolonged ending to the only contest in Florida pitting two sitting state legislators against one another. Barnaby will face the Democratic nominee, Rick Karl, in the Nov. 8 General Election.

Barnaby’s initial spread appeared to be 31 votes on Tuesday, the night of the Primary, but provisional and some overseas ballots closed the gap to 26 votes. The process of the machine recount started Friday morning and ended with a final tally of 7,450 for Barnaby and 7,420 votes for Fetterhoff, an 0.20-percentage-point difference.

“The hardworking families and business owners of House District 29 deserve leaders with integrity and a true heart for public service. I am honored to have the support of so many and look forward to representing all of Western Volusia County as we work to keep Florida free,” Barnaby posted on Facebook Saturday morning. “I am grateful to the good Lord for the strength, energy and passion to serve, grateful to my loving family and to our top-notch team. Our God-given freedom, access to opportunity and the American Dream are at stake in November, and I will not back down in this fight.”

In recounts, election officials look at undervotes, ballots in which no choice was registered in the race by vote-counting machines, and overvotes, those in which the machine read the ballot as incorrectly filled out for both candidates.

Tuesday was a frustrating evening for Fetterhoff, who held onto a lead through most of the vote tabulation. A final precinct from Deltona, Barnaby’s city of residence, flipped the total in his favor.

But on Friday, Fetterhoff said she has seen no evidence of fraud.

“We have looked at any blips,” she said.

Fetterhoff has seen recounts before. She acknowledged recounts usually produce the same outcome as initial tabulations, but she also recalls her 2018 election when she unseated Democratic Rep. Patrick Henry in that cycle’s closest legislative contest. During the recount, she saw the difference between her and Henry go from just over 70 votes down to 54 votes.

But on Friday, all she could do was wait. “The voters have voted,” she said.

nextNASA moon rocket on track for launch despite lightning hits