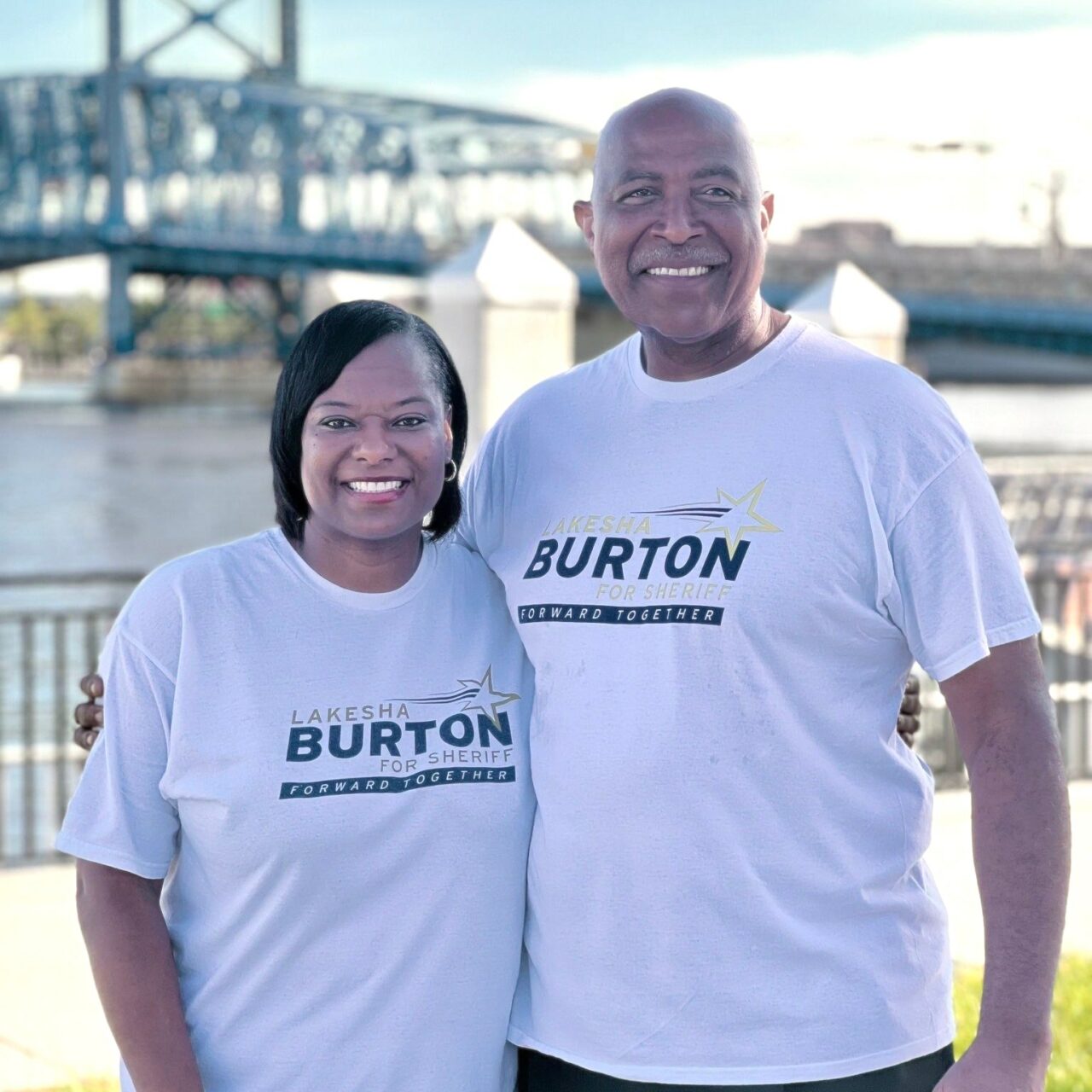 Democrats may be consolidating ahead of November.

Democrat Wayne Clark is backing Burton, a “longtime friend” who finished second place overall in Tuesday’s first election for Sheriff — a functional Primary that winnowed the field from five to two candidates.

“My commitment to serve Jacksonville has not wavered in spite of this week’s election results,” said Clark, who finished fourth overall Tuesday.

“Now more than ever, I remain focused to invest in the effort to make our city safer and better for everyone who calls Jacksonville home. Today, I am proud to stand with my longtime friend and colleague, Lakesha Burton, to pledge my support for her run to be our next Sheriff. I look forward to working with her to unite the voters and bring the change in leadership the Jacksonville Sheriff’s Office needs now more than ever.”

“I am so very honored and excited to have my friend join me on this journey to change the way the citizens of Jacksonville feel about law enforcement,” Burton said in response.

“It’s time for change and his extensive experience and wealth of knowledge is incredibly valuable to our fight for the citizens. Now is not the time for big egos or political deals, now is the time for Jacksonville to be offered the very best in experience and in integrity to lead the JSO and make our city safer for everyone!”

Burton, a former zone commander, got 33% of the vote, well behind the 47% Republican T.K. Waters got. Waters, the former chief of investigations for JSO, was the only Republican in the race and was endorsed by Gov. Ron DeSantis, while Burton was up against four other Democratic candidates.

Because of the different paths Waters and Burton took to the runoff, Waters will begin the second stretch of the campaign with a serious cash advantage.

Consolidating Democrats is key to any strategy Burton has to winning outright, however, and Friday saw some evidence that’s happening.