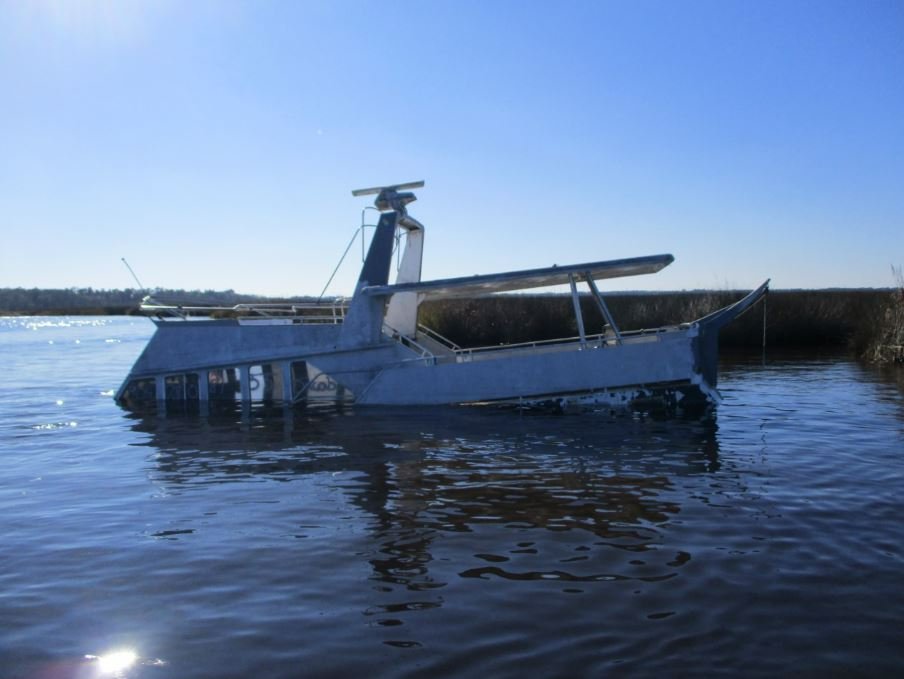 Some vessels hung around so long they’ve nearly become another part of the scenery.

Lack of insurance, lack of money, lack of care or knowledge could each be factors, but regardless of how a derelict vessel got to where it is, it shouldn’t be there. The boats are a navigational hazard, an eyesore and frequently endanger their immediate environment through leaking of fuels and other chemicals from the vessel.

“Every vessel owner should realize that there will be an end of life for their vessel,” FWC said in a statement. “If they have an opportunity to legally sell the vessel near its end of life, that’s great! If not, the owner must have a plan to properly dispose of the vessel.”

Nassau County Commissioners, at its latest meeting, approved an agreement with FWC for $77,500 to deal with four derelict and abandoned vessels lining the county’s otherwise picturesque waterways.

“When a vessel is abandoned, the county notifies the FWC to investigate the vessel(s) to determine if it meets the criteria outlined in Florida (law),” according to a Nassau County government statement.

“Upon the FWC’s determination that the vessel is in fact derelict, the FWC provides notice to the last known owner/custodian of the vessel and affords (them) an opportunity for a hearing compliant with fundamental procedural due process. After that process is completed, the FWC will authorize the county to remove and destroy the vessel.”

Some of the vessels have hung around highly public areas for so long they’ve nearly become just another part of the scenery.

Those selected are the white antique cabin cruiser in the St. Marys River, west of Crandall Road, the white Columbia sailboat near the southeast bank of Tiger Island, the white houseboat in the marsh on the east side of Piney Island, and a white S2 yacht in the marsh north of State Road 200, near the Shave Bridge.

Once FWC executes the contract, county personnel will go about removing the vessels.