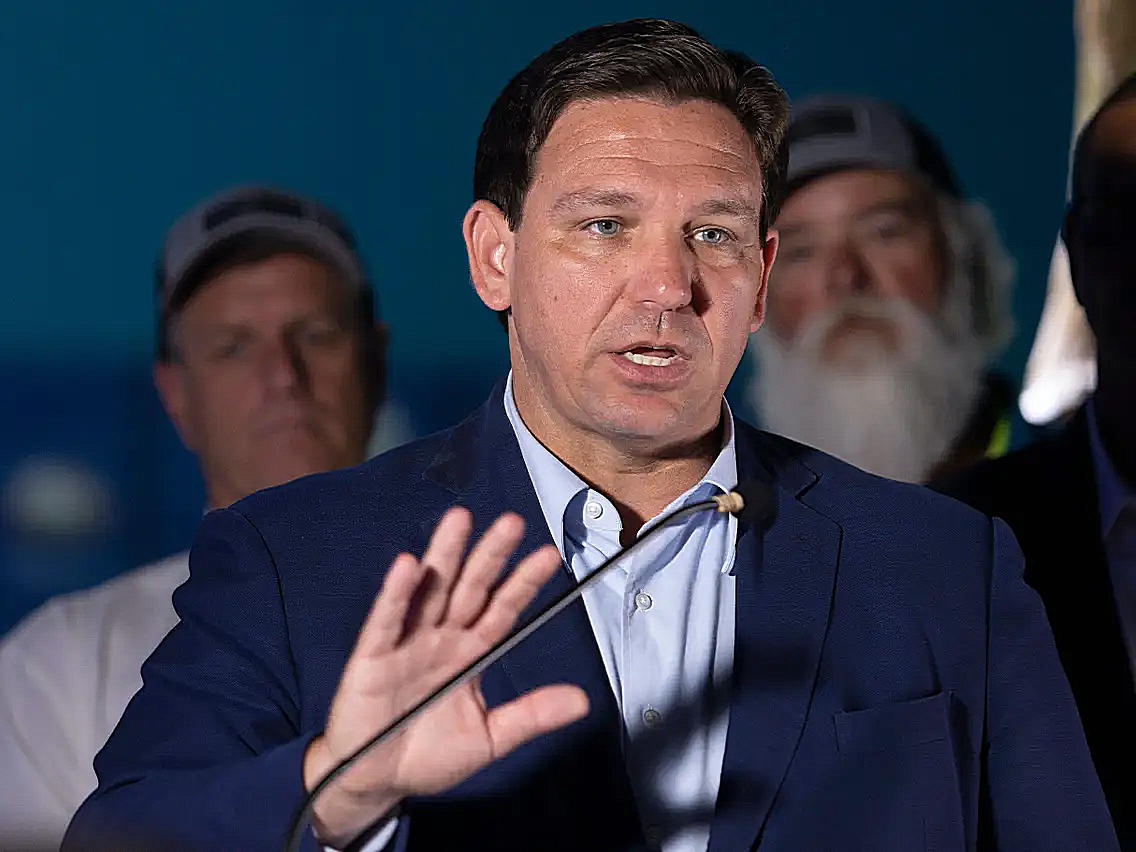 The suspension comes a week after release of grand jury report that recommended the Governor remove five Board members.

Gov. Ron DeSantis is suspending four current members of the Broward County School Board for neglecting their duty, stemming from the way they managed a school construction bond.

“These are inexcusable actions by School Board members who have shown a pattern of emboldening unacceptable behavior, including fraud and mismanagement, across the district,” a news release from the Governor’s Office read.

One of the four, Korn, was heading to a runoff election, as she was the top vote-getter in Tuesday’s Primary Election. She garnered 30.5% of the vote, with her closest competitor, candidate Allen Zeman, earning 29.9%.

A fifth Board member that the grand jury recommended for removal, Sen. Rosalind Osgood, resigned from the Board to run for election in Senate District 35, thus falling outside the Governor’s authority, the release says.

“What country is this,” she said, according to a statement Travis posted on Twitter. “What Gov. DeSantis did is un-American and un-Democratic … Because you disagree with local policy decision is not a reason to remove someone from elected office.”

— Torey Alston, a businessman the Governor appointed to the Broward County Commission to fill the unexpired term of Commissioner Dale Holness, who resigned to run for Congress.

— Manual “Nandy” A. Serrano, a member of the Florida Sports Foundation Board of Directors, and CEO and founder of Clubhouse Private Wealth.

— Kevin Tynan, a lawyer with Richardson and Tynan, who previously served on the Broward County School Board and South Broward Hospital District.

The order does not say which person will take which seat until the two new Board members are seated next month, who will fill out Good’s term that runs until 2024, or what happens with Korn’s runoff election. Florida Politics’ inquiry to the Governor’s Office was not immediately returned.

The appointments will increase the number of male board members currently from one to five.

DeSantis in 2019 impaneled a grand jury in response to the Parkland massacre, the state’s worst school shooting that left 17 people dead and another 17 people injured.

The grand jury’s investigation expanded far beyond an inquiry into the shooting, however. The grand jury also put the Broward County School Board and its processes under a microscope after the Sun-Sentinel identified corruption and mismanagement relating to technology purchases and the construction bond.

The report was completed in April 2021 and has already resulted in criminal charges, according to the Sun-Sentinel. The district’s former Superintendent Robert Runcie resigned and was indicted for perjury. General Counsel Barbara Myrick also was arrested for charges related to perjury before the grand jury. And earlier, Tony Hunter, the district’s former chief information officer, was arrested for bid rigging and bribery charges to which he has pleaded not guilty.

The Governor’s order notes that the board was not responsible for their criminal actions, but were not entirely blameless for what happened.

“The permissive atmosphere the Board created for its former employees, coupled with the board unwillingness to hold Runcie, Myrick and other employees accountable, emboldened their unacceptable behavior,” the order reads.

The grand jury’s complete report was not released until last week to give those named in it an opportunity to respond.

“I didn’t neglect my duties,” she said. “I showed up and I worked hard every time, every day for the kids in this community.”

The Governor’s order notes that the grand jury’s final report found that a safety-related fire alarm at Marjory Stoneman Douglas High School that could have saved lives during the shooting was part of the delayed improvements.

Friday’s order attached the grand jury report that slammed the Board’s ability to hold district administrators accountable. It said the Board would chide the Superintendent for failing to advance building projects, only to rate him as “effective” or “highly effective.”

“The result in paralysis has created a knock-on effect, costing the taxpayers of Broward County millions of extra dollars as projects fall literal years behind schedule and students continue to be educated in decrepit, moldy, unsafe buildings.”

previousReport: Government can lead the talent race in the aftermath of the Great Resignation

nextFlorida’s latest failed insurer got $74M to take over Citizens policies in 2013. Now, the policies will likely go back to Citizens.