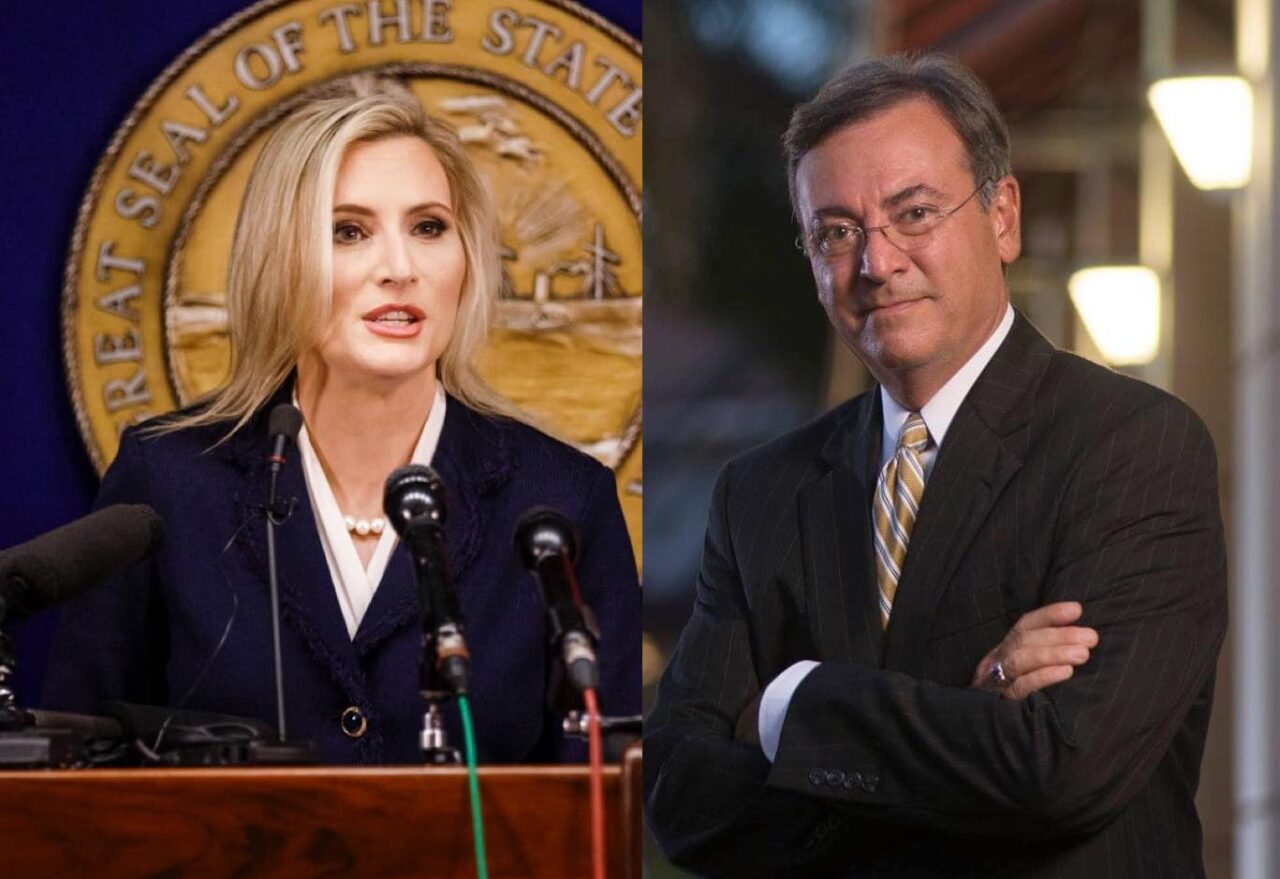 Florida's newest congressional district may be the most heated come November.

Almost as soon as Florida was awarded a new congressional district, an assumption became conventional wisdom: Republicans would win it. That Gov. Ron DeSantis insisted on a new congressional map that made sure the new district was one Donald Trump carried 3 points in 2020 — on top of what could be a strong year for Republicans — only strengthened expectations.

That presumption held through Tuesday, when Laurel Lee won the Republican nomination after spending in the neighborhood of half a million dollars. Alan Cohn, meanwhile, only climbed into six figures in disbursements in the last few weeks of a Democratic Primary.

But the release of voter registration numbers shows the district could be trending from pink to purple. Combine that with some surprising margins in other local races on Aug. 23, and one question seems more open than ever: Is Florida’s 15th Congressional District in play?

To be clear, there’s never been a question that CD 15 could become competitive in the right political climate. The map signed by DeSantis, unlike early proposals from the Legislature, made sure the state’s new Central Florida congressional district reached into Polk and Pasco counties instead of just east Hillsborough at the suburban edges around metropolitan Tampa.

Under the new lines for CD 15, about 50.86% of voters went for Republican Donald Trump in the 2020 Presidential Election and 47.74% voted for Democrat Joe Biden. That’s roughly the same margin Trump won Florida by in that election cycle.

The belief has long been that in a Republican-performing Midterm cycle, when Republicans hope to take back a majority of seats in the U.S. House, Republicans could overperform in CD 15 and deliver a new GOP Representative to Washington.

But the seat does appear to be trending more toward the political center. A Dave’s Redistricting analysis on partisan performance for the district from 2016 through 2020 shows 46.6% of votes in major elections going to Democrats and 51.2% for Republicans. That’s a higher performance than in 2020.

Notably, DeSantis himself did not perform in the district as well in 2018 and Trump did in 2020. The Governor took 49.75% of the district compared to Democrat Andrew Gillum’s 48.68%. The last gubernatorial election took place in a Midterm cycle where Democrats took the U.S. House majority from Republicans, including flipping two South Florida seats.

Some regional political observers also pointed out after last week’s Primary that there were signs a Republican stranglehold on Polk County, which has long been the reddest portion of the famously purple Interstate 4 corridor, may be loosening.

It’s true that Republican candidates endorsed by DeSantis for Polk County School Board did win seats on Tuesday, and unseated a Democratic incumbent. But the GOP victories came by much lower portions than Republican School Board candidates secured in 2020.

Former School Board member Billy Townsend wrote on his personal blog that the long-term story may not be that Republicans won elections but that a growing number of suburban areas in Polk County sided against Republicans.

“I’ve long said Polk County looks like America; and in those maps you see the hardening urban/rural partisan split that defines American politics at the moment — with suburban votes very much a battleground,” he wrote.

It could be some time before Polk County becomes a place in play for Democrats, but CD 15 remains predominantly a Hillsborough County seat.

Still, it may take Cohn and Democrats more resources than they have to convince donors that they may be in a competitive seat.

The most prominent House election prognosticators all list CD 15 on the charts of races to watch, but also give the GOP a major edge. Cook Political Report lists the race in the “Likely Republican” column. Sabato’s Crystal Ball does the same. FiveThirtyEight shows Lee winning in 92% of its election simulations, and Cohn winning in just 8%.

Closer to the election, 48-hour reports signaled both candidates raised and spent more to win in their respective nominations. But Lee should still report healthy resources as she eyes November, and that doesn’t factor in an expected level of support from a super PAC, the Conservative Action Fund, launched with money tied to Lee’s husband, former state Sen. Tom Lee.

It should also be noted that Cohn and Lee both won competitive five-person primaries in August but more Republicans than Democrats voted. Lee won 22,481 votes and Cohn won 14,928, a total which actually would have put him in third place in the GOP field.

Democrats, though, hope as more voter attention turns to the November election, a growing number of Democratic or left-leaning voters engage the process and make the contest more competitive.

previousFlorida residents set to pay for insurance failures throughout 2023