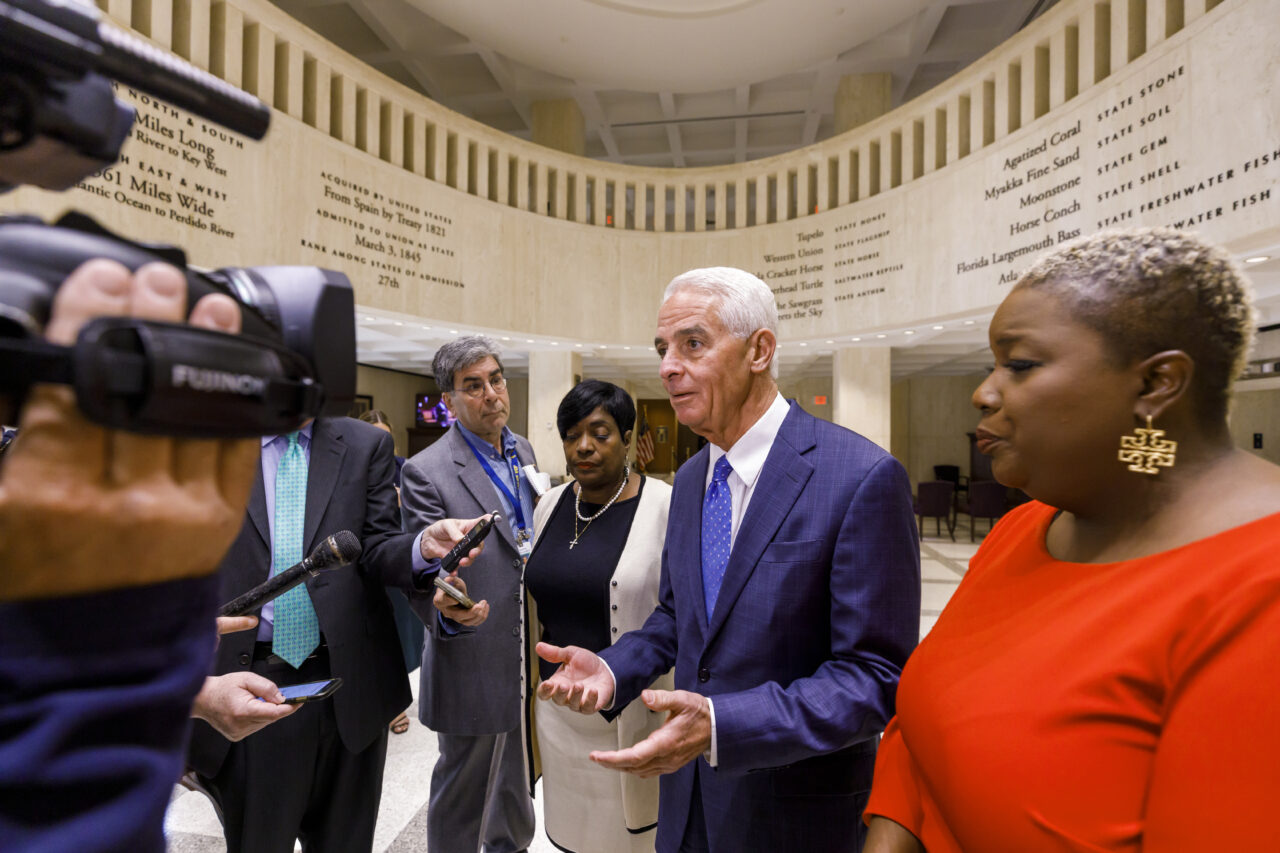 The political arm for Equality Florida endorsed the Democratic nominee. The group also made clear that culture wars waged by Gov. Ron DeSantis will be met with resistance and resources.

Crist won the Democratic nomination on Aug. 23. Since then, a Democratic Governors Association-commissioned poll by Impact Research showed DeSantis up by 5 percentage points.

The Equality Florida endorsement won’t just be a name on a list. The group plans a $100,000 fundraiser for Crist on Oct. 3 and already raised $70,000 toward the cause.

“We are going to do all we can to stop Ron DeSantis’ extremist policies,” Pollitzer said. “Pro-equality Floridians are energized to elect Charlie Crist and end DeSantis’ all-out war on public education, his government-mandated intrusion into our medical decisions, and his efforts to whitewash history. Charlie Crist is a proven champion of LGBTQ equality and exactly the person we need right now to make our state a place where everyone is treated with fairness and respect — at school, at their doctor’s office, at work and in their community.”

The group has been at odds with DeSantis over a number of bills signed into law by the Governor, most notably a parental rights law labeled as the “Don’t Say Gay” bill by the advocacy group. The group joined a lawsuit challenging the legislation, which in part prohibits instruction about sexual orientation or gender identity with grade school students through third grade and requires such topics be presented in developmentally appropriate ways at all grade levels.

In the release announcing its endorsement, the group described the law as “bigoted” with a “chilling effect” on education.

“I’m honored to have earned the support of Equality Florida in our campaign’s fight against Ron DeSantis,” Crist said. “Make no mistake, our LGBTQ+ community and its allies are under attack by this Governor. That ends this November. The people deserve a champion back in Tallahassee. Someone who will listen to them, respect them, and fight for them — I vow to be that Governor.”

The group also praised Crist’s selection of Karla Hernández, president of the United Teachers of Dade, as his running mate. The choice of a former Teacher of the Year showed a commitment to public education at a time when multiple anti-LGBTQ laws are taking effect, the organization said.

The group also noted Crist’s voting record as a Democratic member of Congress, including his recent vote for the Respect for Marriage Act and advocacy for greater distribution of vaccines for Monkeypox, which has disproportionately impacted the LGBTQ population.