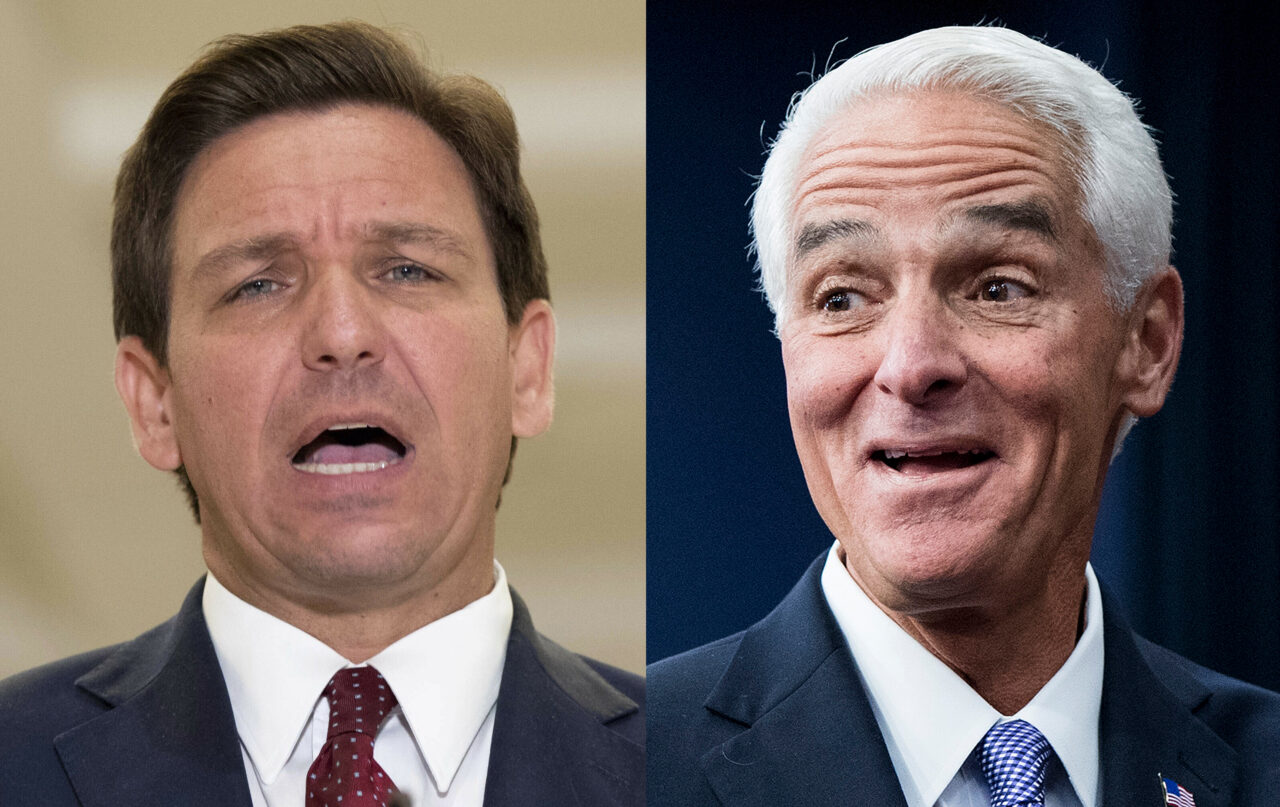 The “Before You Vote” debate series is the longest running in Florida history.

Democratic nominee Charlie Crist is slamming his opponent Gov. Ron DeSantis for declining to participate in an upcoming debate.

The “Before You Vote” debate series is the longest running in Florida history, and this year’s is expected to draw national attention. DeSantis participated in the same debate during the 2018 gubernatorial race.

Florida Politics’ Peter Schorsch first reported that DeSantis would not be participating in the Oct. 20 debate in a tweet. In response to the news, Crist issued a statement.

“Ron DeSantis can’t defend his record of banning abortions and ignoring Florida’s affordability crisis. DeSantis wants people to think he is tough, but you can’t play dress up like a fighter pilot and then chicken out of debates. These are the actions of a wannabe dictator, it’s weak, Floridians see through it, and it’s why we’re going to defeat him,” Crist said in a statement.

Soon after reporting on DeSantis’ decline to participate in the “Before You Vote” debate, news broke that the Governor’s campaign has accepted an Oct. 12 debate against Crist hosted by CBS 12, meaning the two should have at least one debate before the November Election.

As for the “Before You Vote” debate, it will air through 10 broadcast partners throughout the state.

WPBF will be the lead producing station and, as he has in the past debates, WPBF anchorman Todd McDermott will moderate the programs with a select panel of journalists, to be announced soon, according to debate organizers.

The debates are part of a large collaboration of partners across the state. And, this year, the Everglades Foundation has become a sponsor of the event, joining Florida Trend, The James Madison Institute, the Leroy Collins Institute, AARP Florida, the Florida Press Association, the Florida League of Cities and Palm Beach State College.

previousOrlando's food scene gets the spotlight during Magical Dining deal

nextNaomi Blemur left with under $1,000 to battle Wilton Simpson's $1.6M