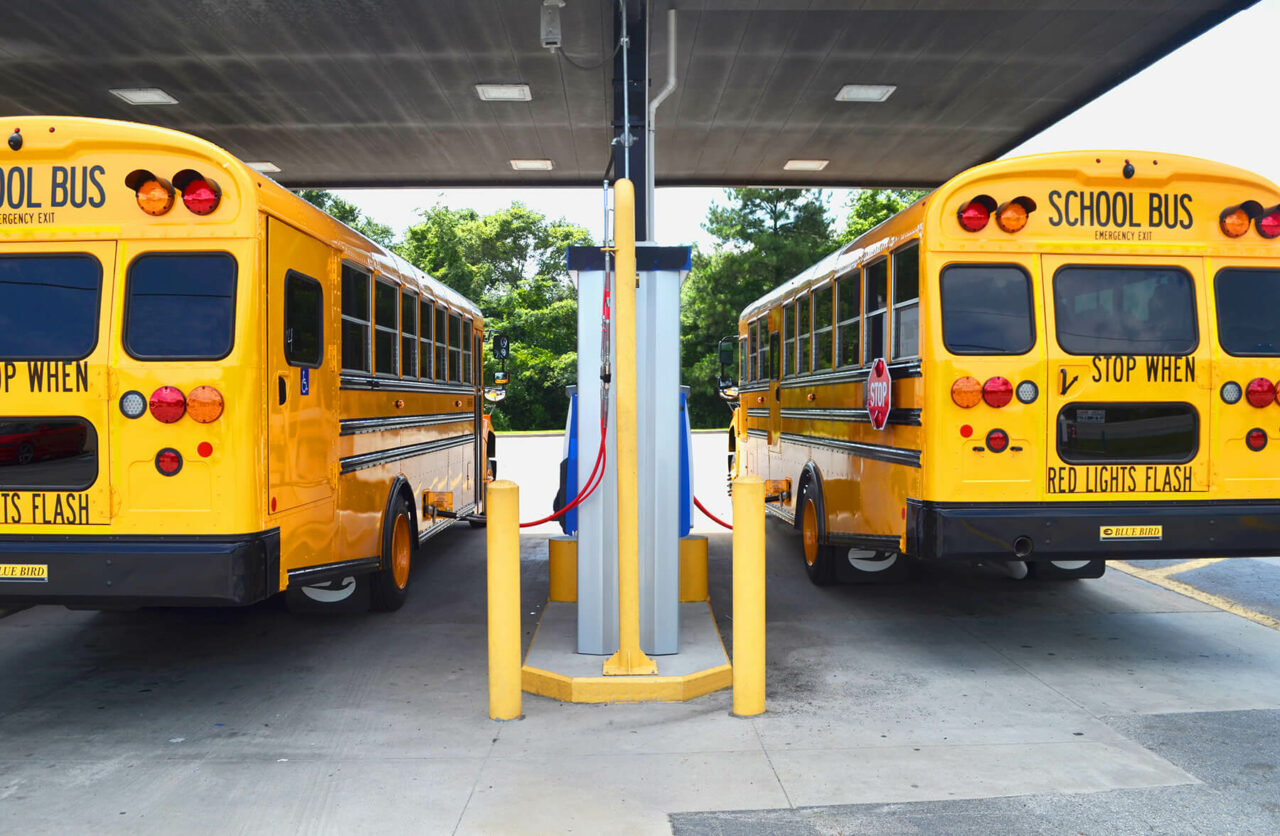 CNG is a practical and affordable solution to effectively reduce harmful emissions, protect the environment and improve the quality of life for millions of Floridians.

As students in Pasco County board the bus to school each morning, many are stepping aboard a science lesson on reducing greenhouse gas emissions.

It’s a science project that began in 2010 when the school district took advantage of a state grant to outfit 129 buses with diesel oxidation catalysts to help improve emissions in older buses.

In 2013, the district implemented propane-powered buses and liquefied petroleum gas fueling stations, which now serve East Pasco. The use of propane results in up to 20% less nitrogen oxide, 60% less carbon monoxide, and 24% fewer greenhouse gas emissions.

Heavy-duty vehicles such as semi-trucks, school buses and garbage trucks account for 7% of all vehicles in America, yet they are responsible for more than 50% of all smog-precursor emissions and 20% of all greenhouse gases emitted from transportation activities.

Many organizations with utility fleets, like Pasco County Schools, have turned to CNG to effectively reduce their carbon footprint.

CNG is a natural gas that has been compressed to less than 1% of its volume and is one of the cleanest fuels available for heavy-duty vehicles.

“CNG is fast becoming a safe and viable transportation fuel alternative. When companies choose to convert their fleets to CNG, it reflects their commitment to the environment,” said Dale Calhoun, executive director of the Florida Natural Gas Association. “By making more incentives available, we can help more companies transition their fleets, which would significantly reduce greenhouse gas emissions on highways across the Sunshine State.”

Waste Management has a footprint of 183 service locations in Florida and has invested $2.5 billion in a fleet of natural gas vehicles. And as of 2020, more than half Waste Management’s fleet has been transitioned to operate using CNG.

As a result, Waste Management has reduced its annual fuel usage by 8,000 gallons per diesel-powered truck that has been replaced with a natural gas vehicle, equating to a greenhouse gas emission reduction of 14 metric tons per vehicle.

Not only is CNG better for the environment and air quality, but it is also more affordable than traditional fuel sources. CNG is roughly half the price of gasoline.

CNG is a practical and affordable solution to effectively reduce harmful emissions, protect the environment and improve the quality of life for millions of Floridians.