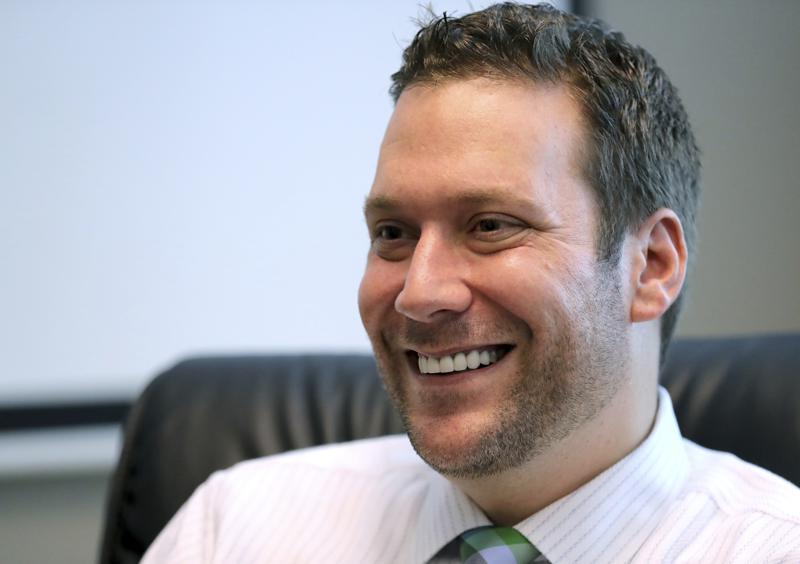 In the June 23 jailhouse interview with investigators from the 18th Circuit State Attorney’s Office and the Florida Department of Law Enforcement, Greenberg said under oath that he and others arranged for allies to receive lucrative contracts in exchange for political favors.

The partially redacted transcript of the interview, released last week because it’s part of the criminal cases against three people involved in the 2020 “ghost” candidate scheme, reads like a who’s who of Central Florida elected officials and their political allies.

But Greenberg discussed plenty of other public figures, including people who worked for him during his turbulent four-year stint in the tax collector’s office, during the interview with Chief Assistant State Attorney Stacey Straub Salmons and two FDLE investigators.

And he says someone close to Brodeur — whose name is redacted from the transcript because of the ongoing investigation — wields enormous power and influence. Greenberg described how the person, a Central Florida developer, directed lawmakers to file legislation intended to benefit their projects.

During the nearly three-hour interview, Greenberg also told investigators that Brodeur “absolutely” knew about the scheme designed to siphon votes away from his Democratic opponent and that former St. Johns River Water Management District Board Chair John Miklos got “greased off” in exchange for help approving permits for developments in sensitive areas.

The revelations come on the heels of a guilty verdict in the trial of Seminole County GOP Chairman Ben Paris, who was accused of arranging to put his cousin’s name on the financial contribution reports for independent state Senate candidate Jestine Iannotti.

Though Iannotti did not actively campaign for the seat or fundraise, she and independent candidates in two other state senate races in 2020 were promoted as progressives in a mail advertising blitz.

Brodeur told the Sentinel in June he had no knowledge that Paris, who was working for him at the Seminole County Chamber of Commerce in 2020, played a role in the scheme. He has not responded to multiple requests for comment from the Sentinel since Paris’ trial.

The Greenberg interview shows that the investigators who built the case against Paris, Foglesong and Iannotti were interested in matters far afield of the “ghost” candidate scheme, as they quizzed Greenberg on a wide variety of local political controversies and figures.

Much of the interview transcript is redacted, indicating the investigation by the state attorney’s office and FDLE is ongoing. The name of at least one well-connected person is redacted in dozens of places.

Greenberg describes that person as “very close” friends with Brodeur and a frequent host for gatherings when the senator, Greenberg, Foglesong, Paris, former state Sen. Frank Artiles and others would talk about politics over drinks, including floating the idea of recruiting a third-party or independent candidate for Brodeur’s state Senate race. The group acted like “a little mafia,” Greenberg said, describing them as “extremely organized.”

Greenberg said the person whose name was redacted from the transcript was trying to develop land in east Seminole County and had pushed lawmakers to file legislation that would have declared land within three miles of a state university campus open to urban development.

“There were different legislators that he would know who would file bills on his behalf, pretty much,” Greenberg said.

The 2018 bill failed, and the developer is locked in a long legal battle with Seminole County, Straub Salmons noted.

The developer fits the description of former state Rep. Chris Dorworth, who has repeatedly tried to gain approval for his large residential and commercial development, called River Cross, within Seminole County’s rural boundary.

The failed 2018 legislation mentioned during Greenberg’s interview would have enabled the proposed development, which is within three miles of the University of Central Florida, to move forward.

“Was it your understanding that [legislation] was specifically because the land that [name redacted] hoped to develop that was that Seminole County area east of Oviedo moving toward Orange County, was so close to UCF that had the legislation passed, it would have been a benefit to [name redacted] and his development project?” Straub Salmons said.

In a deposition during litigation over River Cross, Dorworth described the legislation as “something that I was interested in,” the Sentinel has previously reported. He also acknowledged having discussed the project with Greenberg in 2018.

Earlier this year, a federal judge ordered River Cross Land Co. to reimburse the county for nearly $537,000 in legal fees it spent defending itself against a suit from Dorworth that the judge dismissed in 2021.

Dorworth, who said Wednesday he’s reviewed the transcript, said he believes the redacted name is his. He acknowledged he was behind the 2018 legislation, but said Greenberg’s other claims are “100% lies,” and nobody from FDLE or the State Attorney’s Office has contacted him about them.

He said Greenberg overstated the closeness of their relationship and he wasn’t privy to the group’s political discussions. Greenberg’s allegation that he witnessed Dorworth, Brodeur, Foglesong and others discussing recruiting a third-party or independent candidate for Brodeur’s Senate race is not true, Dorworth said.

“The idea that people are sitting around talking about this stuff with Joel Greenberg is 100% fiction,” he said.

Greenberg told investigators that he and others in Seminole County politics gave jobs that required little-to-no work to insiders, confirming a finding from an audit of the tax collector’s office completed in 2020.

He said he and other members of his circle often discussed these arrangements over drinks at someone’s house or Liam Fitzpatrick’s, an Irish pub in Lake Mary they frequented.

“It was the understanding that if somebody was coming on to do work, they were going to be overpaid, and if anything was needed, they would — they would remember that they’re being paid too much to do a job that they could be paid a lot less,” Greenberg said.

In the end, Greenberg said, “I paid him a lot of money for very little,” though he acknowledged Kruppenbacher provided access to powerful people, including then-Gov. Rick Scott.

Kruppenbacher said in an email that his duties included advising the Tax Collector’s Office on lawsuits and human resources matters, communicating with the county’s risk management department and answering legal questions.

“I did not and would not engage in political activity for Mr. Greenberg and chose to stop representing the office prior to his current issues arising, that I was neither involved in nor aware of while I was the tax collector’s office lawyer,” he wrote.

Greenberg said he had a similar arrangement with state Rep. Anthony Sabatini, who was also on the tax collector’s payroll for “legal work.” Sabatini has not responded to a request for comment.

Investigators also quizzed Greenberg about Paris, who was working as a vice president at the Chamber until he was charged in connection with the ghost candidate scheme in May.

“He got that job specifically from Brodeur,” Greenberg said.

Greenberg told investigators Brodeur and Dorworth initially approached him about hiring Paris at the Tax Collector’s Office, even suggesting he could run for the position if Greenberg didn’t seek reelection, but he declined because he didn’t know Paris.

“And then it was immediately after I turned him down, they announced that they had a spot for him” at the chamber, Greenberg said.

After easily fending off a primary challenge, Brodeur is looking toward the general election. The Seminole County GOPs’ social media pages have been silent on Paris’ conviction.

A post on the group’s Facebook page on Friday morning boasted that Republicans are “flag loving Americans” and urged voters to support GOP candidates in November but made no mention of the ongoing scandal surrounding the 2020 state Senate election.

Several of the local party officers have not responded to emailed questions from the Sentinel about Paris’ conviction.

The Seminole GOP’s website still identified Paris as its chairman on Wednesday afternoon, though Paris’ attorney said in court after the verdict was announced that his client’s political career was over and he planned to resign the position.

The Seminole Chamber has also been silent about the conviction and Greenberg’s claim that Brodeur knew about the ghost candidate scheme.

Jennifer Englert, identified as the incoming board chairperson on the Seminole Chamber’s website, immediately forwarded an email from the Sentinel asking about Brodeur’s current employment to spokesperson Alan Byrd, who also handled communications for the Tax Collector’s Office during Greenberg’s tenure. Byrd confirmed Brodeur is still the CEO and president of the chamber.

Local Democrats have called on Brodeur to call off his reelection bid. His general election opponent, Democratic state Rep. Joy Goff-Marcil, said in a statement last Friday Brodeur’s Senate tenure should end. She and other local Democrats plan to meet outside Brodeur’s Lake Mary office on Thursday afternoon to call for him to resign.

“Local police and prosecutors have made it clear, as has yesterday’s guilty verdict: the voters of our community were deceived by Jason Brodeur’s closest allies in an illegal scheme that got him elected to the Florida Senate,” Goff-Marcil said.