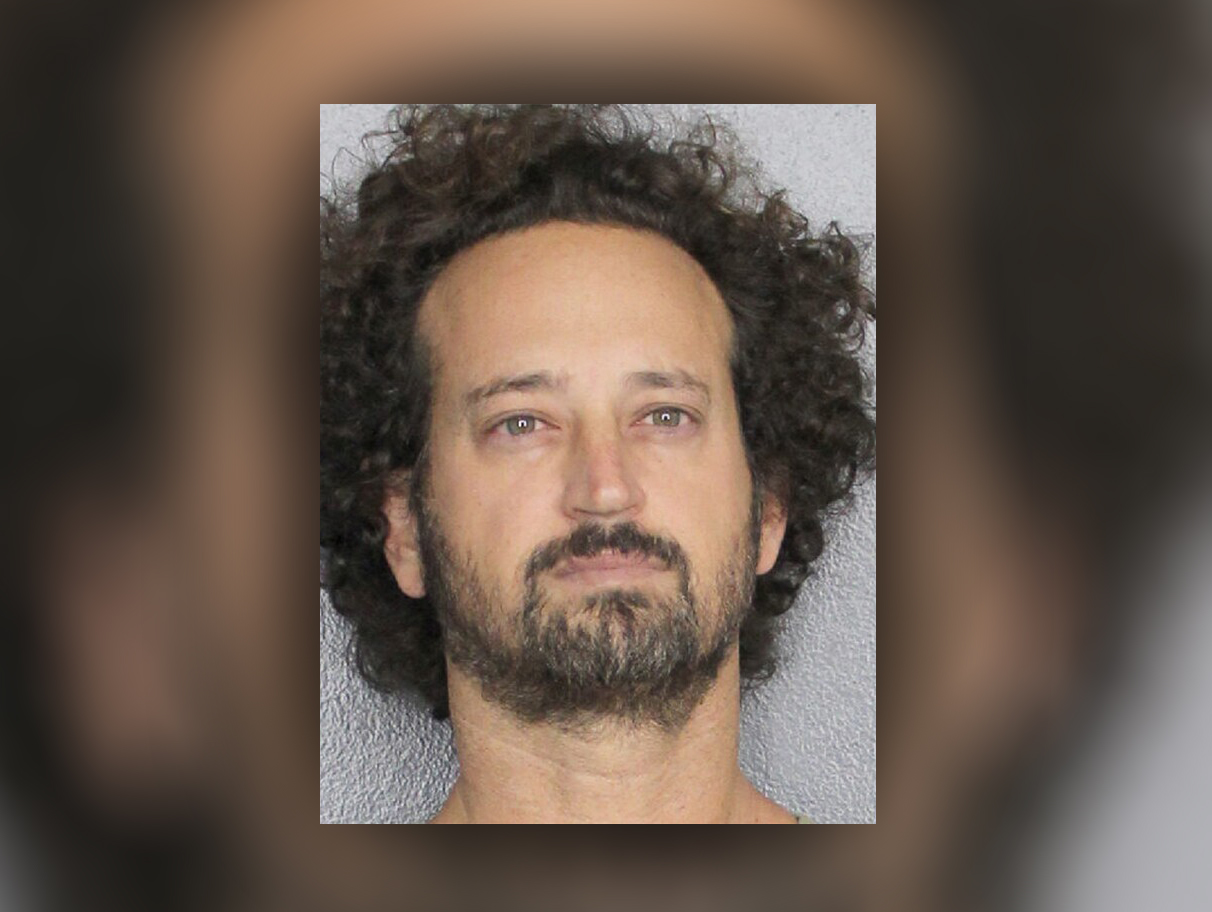 Judge Wheeler’s ruling that Charlie remain in state custody was expected, but came as a relief to case watchers, nonetheless.

A grand jury indicted Charlie, and on April 21, arrested and charged him with first-degree murder, solicitation, and conspiracy in the 2014 killing of FSU law professor Dan Markel.

His co-conspirators, according to state prosecutors, include his mother Donna Adelson and sister Wendi Adelson, along with three people who have already been convicted of this crime: the shooter Sigfredo Garcia, accomplice Luis Rivera, and the person who connected Charlie to the gunmen, his ex-girlfriend, Katherine Magbanua.

Charlie Adelson’s insistence on an Arthur Hearing may satisfy his defense in some way, even while unsuccessful in securing pretrial release. It was a chance to hear how the state would lay out some of its evidence before a jury trial and to go through the various performances one may do while purporting innocence.

Wheeler’s ruling that Charlie Adelson remain in state custody was expected but came as a relief to case watchers, nonetheless.

“The evidence against Charlie is overwhelming — just as strong as the case against Katie Magbanua, who was denied bail multiple times,” said Karen Cyphers, who represents Justice for Dan and provides courtroom reporting on this case. “Judge Wheeler gave Katie the strongest sentence available for her conviction, and it was improbable he would allow Charlie such a major privilege that the other defendants were denied.”

But it didn’t stop Rashbaum from trying.

“Nothing has changed since 2016,” Rashbaum said, challenging the state’s confidence in evidence against his client.

An issue in any Arthur Hearing is a discussion of flight risk. To Rashbaum, his client posed none. Rashbaum described how, even after being named as a suspect, in this case, Charlie traveled to and returned from Croatia, Slovenia, Spain, the Philippines, Colombia, Thailand, South Korea, Costa Rica, Mexico, and St. Martin.

“Mr. Adelson had opportunities — ample opportunities — to flee to abolitionist countries that very well may have declined to extradite him to the United States. Yet, Mr. Adelson always returned to Florida,” he said, noting in his July 28 motion how “all of Mr. Adelson’s immediate family reside in the South Florida area.”

(Notably, this is untrue. Charlie’s older brother, Robert Adelson, lives out of state. But unlike the rest of this nuclear family, Robert has been earnest in cooperating with authorities to bring all responsible for the murder of his former brother-in-law and father to his nephews to justice.)

Rashbaum also challenged the state’s interpretation of various statements Charlie made. For example, after the FBI “bumped” Donna with an undercover officer posing as a blackmailer who had information about her family’s role in Markel’s killing, Charlie was heard telling Magbanua he felt confident that authorities had nothing on them.

“If they had any evidence, we would have already gone to the airport,” he said. But to Rashbaum, this statement means nothing without context of what was said before or after — mainly, Charlie asserting he had nothing to do with the killing.

Rashbaum’s interpretation of his client’s character was equally selective. In his motion for the Arthur Hearing and again Friday morning, Rashbaum described Charlie as an upstanding periodontist who “has no criminal history, has no history of legal issues in any capacity.”

Charlie Adelson was caught but not tried for possession of drugs in 2016, and was intercepted on a wiretap talking about a number of possible criminal activities — illegal steroid use and distribution, controlled substance violations, falsification of patient dental records, insider trading, lying to police (and then bragging about it to friends), to name a few — and further talked about his collection of automatic weapons.

According to police reports, Charlie Adelson was also let off the hook from trouble more than a few times, such as when caught cheating in dental school or with traffic incidents, through his relationship with Peter Weinstein — Wendi’s godfather and family friend who served as Chief Judge in Broward County after lengthy service in the Florida Senate.

And, when it comes to Rashbaum’s saying his client has “no history of legal issues in any capacity,” he avoided discussion of Charlie Adelson’s extensive history of litigation, as both plaintiff and defendant, in dozens of suits with colleagues, business partners, patients, tenants, insurance companies, and the mother of his child.

Despite Rashbaum’s efforts to paint Charlie Adelson as a man of decent character, few beyond his sister (who publicly praised him under oath), seem to agree.

One YouTube channel, Fanci Fiction, has gained attention for highlighting wiretap recordings that show Charlie’s attitude toward the law, women, patients, and even other family members.

But personality isn’t on trial here — evidence is.

On that front, Rashbaum told Judge Wheeler that while three people have been tried and convicted in this case, none of them implicated his client. This isn’t quite so. In Rivera’s confession, he identified Charlie Adelson by role if not name — “the dentist” Magbanua was dating who wanted his former brother-in-law, Markel, killed so that “the lady could get her kids back.” And Magbanua herself, while providing no details of how, also testified she believed Charlie was behind Markel’s murder.

But the most troubling of Rashbaum’s arguments relates not to his client, but to the words of former State Attorney Willie Meggs. In 2016, Meggs was publicly at odds with the Tallahassee Police Department (TPD), saying he felt their probable cause affidavit against Charlie Adelson was nothing more than “speculation” and lacked evidence to back up an arrest.

Speculation, ironically, is exactly what this statement raised — regarding the motivations of Meggs himself for saying it. Regardless of why this state attorney seemingly kneecapped investigators, the impact was irrefutable. It took six more years for Charlie Adelson’s arrest to happen and did so only after a forensic expert was able to clarify key pieces of audio that further corroborated his involvement.

The current team of state prosecutors are secure in their case.

Following Magbanua’s conviction, State Attorney Jack Campbell praised the community of law enforcement that diligently collected evidence and promised that their jobs were far from done when it comes to prosecuting all of those who hired Markel’s hit.

The state’s renewed focus was clear, as well, during Magbanua’s May 2022 trial, through Assistant State Attorney Georgia Cappleman’s direct examination of Wendi Adelson — in which she subtly but clearly lifted the veil on the role Markel’s ex-wife may have played.

Cappleman recounted the evidence highlighting incriminating statements by Charlie relating to various aspects of the conspiracy — the rental and use of a rented car, relationships involved, the possibility of law enforcement involvement, financial arrangements, the desire for Katie to kill the person blackmailing them, and more.

And introduced a new recording — a conversation captured between Charlie Adelson and his father Harvey Adelson on April 21, 2016, just days after the bump. The two met at the noisy Matsuri restaurant. In this conversation, similar to that heard at Dolce Vita, Charlie Adelson talked about what he believed the bump was about, and who was behind it.

“It’s not done like that,” Charlie Adelson tells Harvey, “I was surprised they didn’t come to me.” But then Charlie goes on to suggest how “the woman is always the weaker choice — you know, someone that’s gonna give in” followed by chatter on what portion of people choose to cooperate with law enforcement, or why.

This line of conversation ended abruptly when one says, “I think there’s a recorder in that bag,” referring to where the FBI had their camera hidden. “Are they allowed to do that?”

“Not without a warrant,” Charlie assures. But then follows, “I’ll talk to you outside about it.”

Cappleman read a statement prepared by Markel family attorneys, highlighting the pain endured by his parents and sister, and the continued difficulties they’ve had in reestablishing relationships with Dan’s two children. The statement further outlined concerns that Charlie would either flee or attempt to corruptly influence witness testimony or conspire with or be influenced by other co-conspirators.

The concern regarding Charlie Adelson’s potential to tamper with witnesses or evidence is real. In fact, there’s some reason to believe he had done so already. Just before his former girlfriend, June Umchinda, was due to provide striking testimony in 2019 about Charlie’s peculiar use of stapled money, Charlie Adelson reconnected with June. She admitted they had spoken at length the night before her testimony, in which was notably hesitant to recall for the jury what she had already told the FBI.

“The state has met the burden of proof,” Cappleman concluded to Wheeler, noting how in this case, the devil is in the details. “We ask your honor to hold this defendant without bond.”

“The Court finds the State does meet the burden of proof,” he said, followed by asserting that beyond direct evidence, even if the Court were to subsequently find that there was only circumstantial evidence against Charlie, that evidence would be enough to rebut the reasonable presumption of innocence.

“The Court will not exercise its discretion to release the defendant,” Wheeler concluded, based on the nature of the crimes, the belief that Charlie is a threat to the community, and beyond that, a flight risk. “The motion for pretrial release is denied.”

“We commend Judge Wheeler’s thoughtful approach and remain grateful to the community of prosecutors and law enforcement for their steadfast commitment to justice.”

Florida Politics is providing ongoing coverage of the Dan Markel murder case, which has drawn international media attention to Florida’s capital city. Our reporting draws from sources including contributor Karen Cyphers of Sachs Media, who with attorney Jason Solomon advocate with the grassroots group, Justice for Dan, to draw attention to this case and provide analysis relevant to Florida’s political, advocacy, and legal communities.