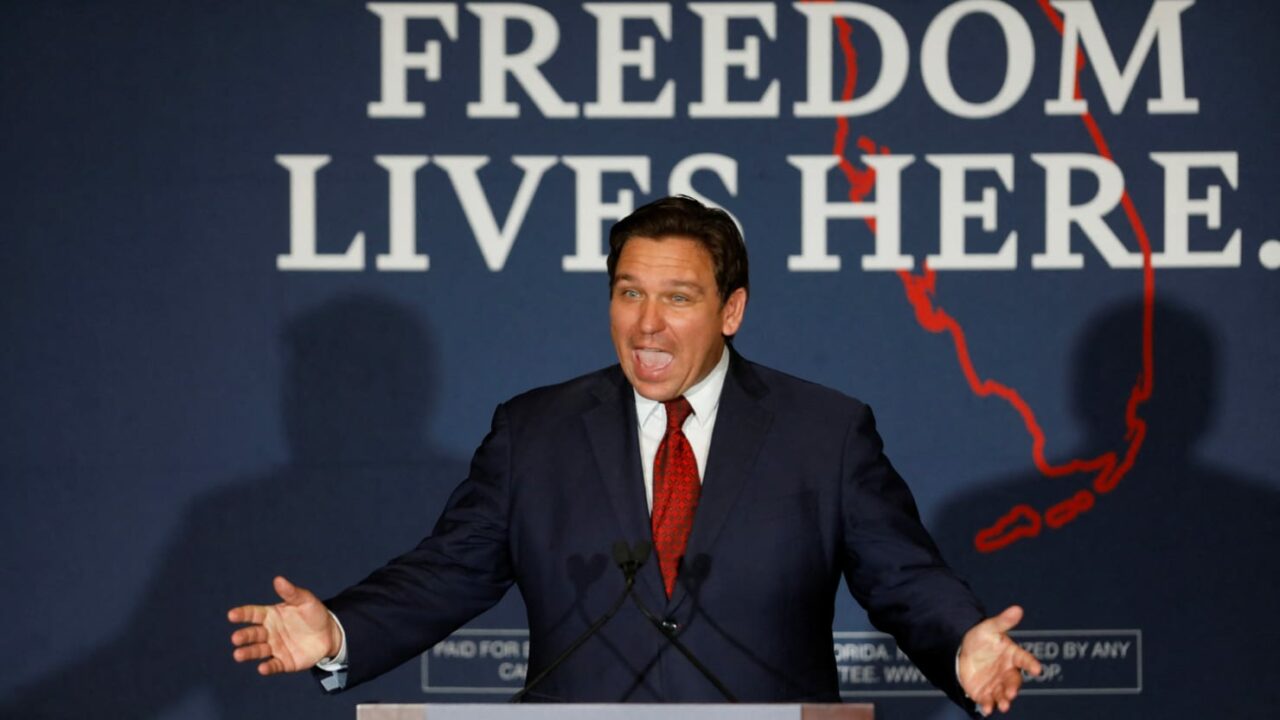 Gov. Ron DeSantis is celebrating a new report card from a conservative think tank that says public education in this state is the best in the country, while also poking at President Joe Biden along the way.

“At a moment when we hear so much about the soul of the nation, we’re standing up for educational freedom,” DeSantis said, mocking the premise of the President’s speech a week ago that castigated Republicans as extremists.

DeSantis was in Orlando Friday afternoon, where the Heritage Foundation was highlighting the state’s educational achievement as the nation’s #1 in its first report card.

“In this inaugural 2022 edition of the Education Freedom Report Card, Florida is the top-ranked state across the board. Families looking for a state that embraces education freedom, respects parents’ rights, and provides a decent (return on investment) for taxpayers should look no further than The Sunshine State,” raved the conservative think tank.

This honorific “gives other states something to strive for,” DeSantis said Friday, and indeed it is mostly resoundingly positive.

“Florida is #1 in overall education freedom. Florida is the only state with top-10 ranks in every category, including first in Transparency, second in Regulation, and third in School Choice,” Heritage’s report card asserted.

The state demonstrated its commitment to transparency through ferreting out unwelcome ideologies, in part.

Yet the Governor conceded that it wasn’t a perfect report card, noting that “although we finished #1 overall, we weren’t #1 in every single (category).”

Indeed, the report suggests there is room for improvement in terms of regulatory freedom. Specifically, the state is heavy with diversity officers.

“Despite its #2 rank for regulatory freedom, the Sunshine State has room for improvement: 42 percent of its school districts with more than 15,000 students employ a ‘chief diversity officer,'” Heritage criticized.

“Florida can maintain its #1 ranking (SIC) by limiting growth in non-teaching staff, particularly chief diversity officers, and continuing to embrace alternative routes for teachers to K-12 classrooms or by ending certification requirements altogether.”

DeSantis noted that in addition to raising teacher salaries, eligibility has been expanded to ex-military under provisional certification, which “has now been attacked by teachers unions because (they say) you can’t just put any warm body in front of students.”

“Florida ranks #3 for school choice. Florida does exceptionally well in allowing parents to choose among private, charter and district schools. Additionally, Florida offers K-12 education savings accounts that parents can use to customize the education of their eligible children, and generally respects the autonomy of homeschooling families,” Heritage asserted.

“Florida could improve its ranking by expanding eligibility for its private-education choice policies.”

In his remarks Friday, DeSantis noted that school districts had to “compete” and “embrace choice,” suggesting that despite the No. 3 ranking, he’s happy with the progress. As a candidate, he championed school choice, and it’s clear he has delivered.

“The results of this,” DeSantis said, “have been better performance across the board.”

Spending, at No. 7, was the worst category, and Heritage blamed pensions in no small part.

“Florida can improve its ROI ranking by continuing to make progress in math and reading achievement on the NAEP, limiting growth in non-teaching staff, and lowering its unfunded teacher pension liabilities,” Heritage contended.

The Governor offered familiar victory lap remarks Friday, such as de rigueur denunciations of “mandatory masking,” cavils at the Centers for Disease Control and Prevention, and other irksome trends “driven by ideology” ranging from “woke gender ideology” to the 1619 Project and “critical race theory.”

He likened the pro-CRT position to that taken by Stephen Douglas in his debates with Abraham Lincoln, one of the few new tropes in Friday’s largely rehashed remarks.

“The people on the left, when they defend things like CRT, they’re effectively taking the position on the American founding that Stephen Douglas did when he debated Abraham Lincoln.”