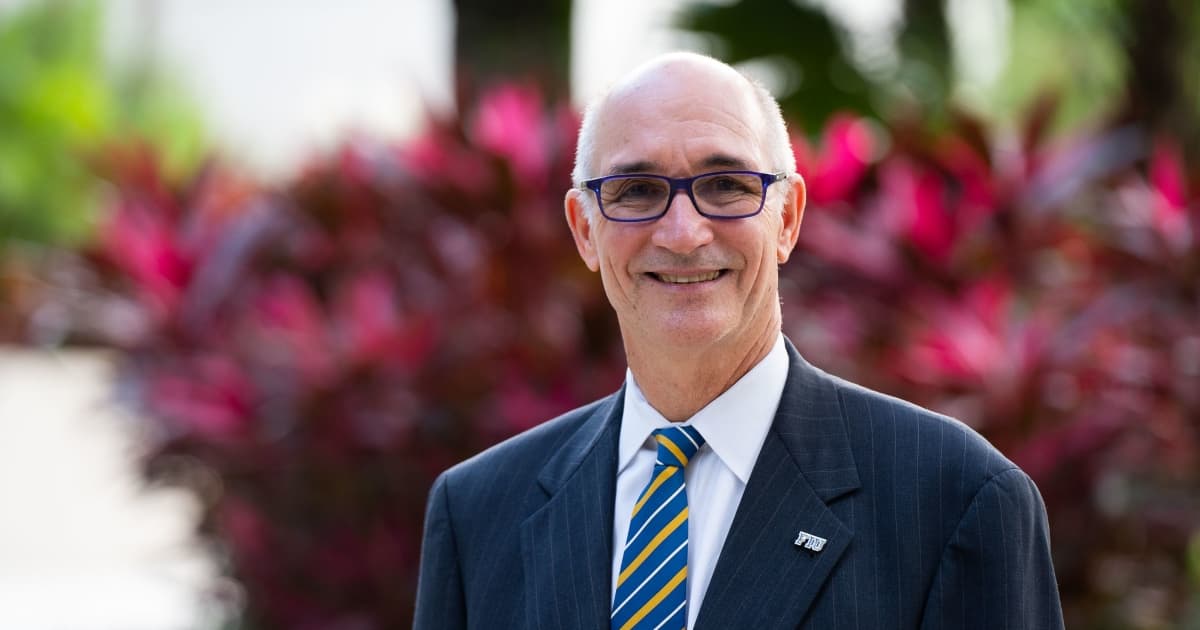 The recommendation came after several other candidates removed themselves from contention.

After months of meetings and reviewing applications from more than 70 candidates, the committee tasked with finding the next President of Florida International University has decided the “best person” to fill the job has been there all along.

As it turns out, he’s also the only person left to consider after other candidates dropped out of contention.

The man for the job: Kenneth Jessell, the school’s former chief financial officer who for years served as the right hand to longtime FIU President Mark Rosenberg.

“Only one candidate is being recommended,” Tovar said on the FIU board of trustees website, “due to an unwillingness by other individuals to continue their candidacy, unless they were the sole recommendation of the committee.”

Tovar said Jessell was one of “a dozen promising and highly-qualified individuals” the search committee interviewed for the job.

“The search committee is confident it has arrived at the best person to lead our university,” he said.

Jessell has worked as an administrator in Florida universities for three-plus decades. Prior to joining FIU in 2009, he worked at Florida Atlantic University in Boca Raton for more than 25 years, starting as an assistant finance and real estate professor and working his way up to the roles of interim provost, interim vice president, associate university provost and associate dean.

Jessell holds a doctorate in philosophy and finance, a master of business administration and a bachelor’s degree in political science, all from Florida State University.

Tovar said that over the past 13 years and in particular the last eight months during which he served as interim President, Jessell has proven he is “capable, committed and (has) the vision to lead FIU in its trajectory of success.”

At first, Tovar continued, Jessell wasn’t interested in shedding the “interim” qualifier from his title.

“We recruited him because many of us thought he was ideal for the position and several members of the community reached out to the search firm to nominate Dr. Jessell,” he said.

“I have observed and worked with Dr. Jessell for years in his role as CFO and have had many opportunities to experience his work ethic, strategic thought process and unwavering integrity. He is brilliant and kind and has steered us through an important transition at a pivotal moment for FIU.

Jessell assumed the role of interim President in March, taking over after Rosenberg resigned suddenly in January, citing health issues. It was soon revealed the former President was under investigation for harassing a colleague roughly five decades his junior.

Over the next 21 days, the Presidential Search Committee will host public forums to give stakeholders a chance to interact with Jessell, share ideas and ask questions.

The schedule for those forums will be out soon, according to Tovar.

“At the end of this period of 21 days, the Board of Trustees can meet to consider the Presidential Search Committee’s recommendation and the community’s feedback,” he said.

As Florida Politics reported earlier this month, FIU rose in the rankings of U.S. News & World Report faster than any other public university in the nation over the past decade.