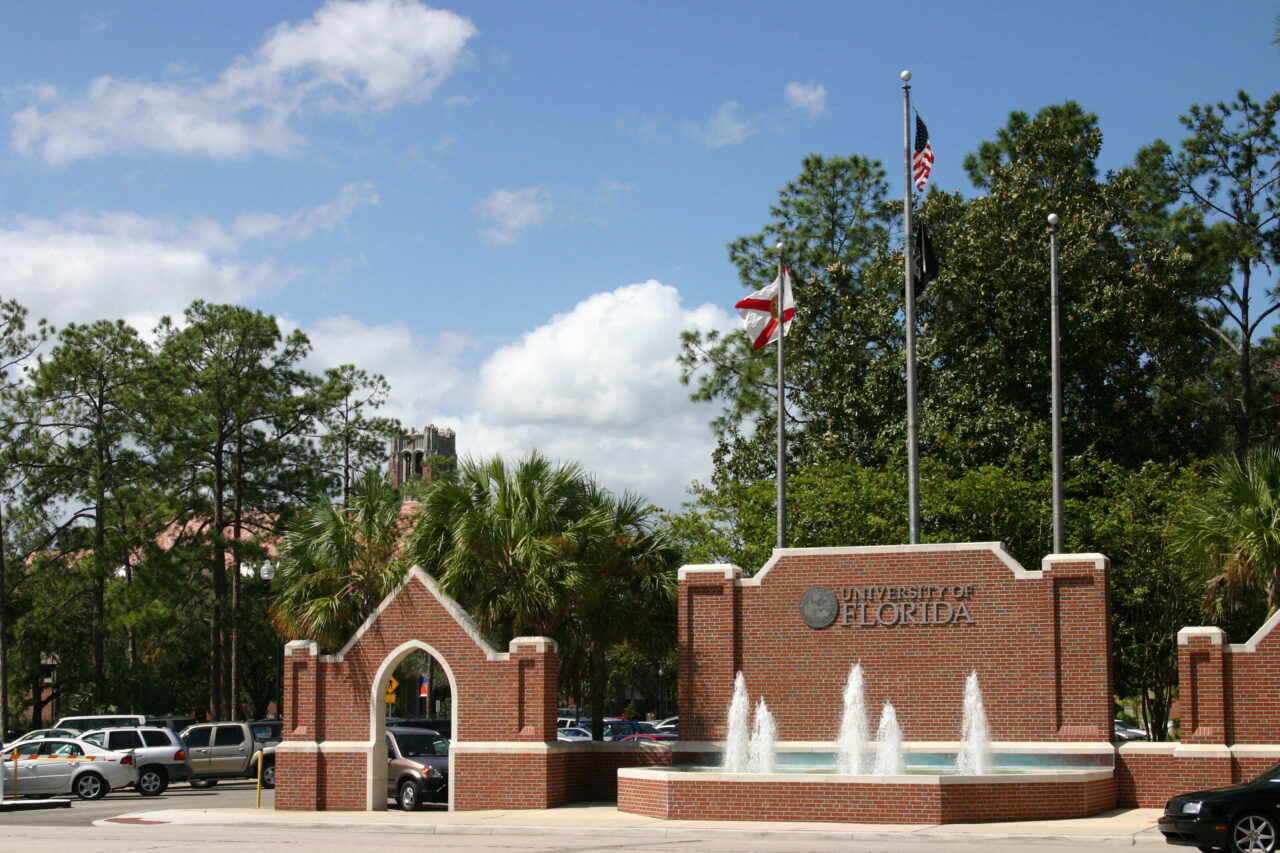 So far, at least 14 of the 19 banners disappeared across campus within days of U.S. News & World Report ranking UF as tied for No. 5 among public universities earlier this month.

After a second consecutive year of mysterious thefts of “Top 5” banners hung across campus to commemorate its national ranking among public universities, the University of Florida (UF) appears to be throwing up its hands and making a gag out of the pilfering.

A new TikTok the university posted this week from its official account poked fun at the banner thefts and reminded students they can purchase $150 replicas at the university bookstore. In the video, labeled as a public service announcement, a university police officer and student holding one of the large banners engage in a mock tug of war and stare down over an ominous soundtrack.

“Go buy one at the bookstore,” Moncivais says.

“OK, thanks,” says the student, as the pair walk toward the bookstore.

The TikTok follows a second year of thieves stealing the Top 5 banners. So far, at least 14 of the 19 banners disappeared across campus within days of U.S. News & World Report ranking UF as tied for No. 5 among public universities earlier this month.

Last year, the school said 40 of 75 banners were reported stolen within a month, costing about $3,000. Thieves also stole banners in previous years as UF had cracked into the magazine’s Top 10 list.

The thefts have persisted as a cat-and-mouse game between the university and students: After the school attached locking devices at the top and bottom to protect each banner, students began cutting them with scissors or tearing them above and below the locks.

Michelle Castano, a journalism student from Weston, Florida, noticed a banner had been ripped off its pole near the student union.

“It seems to be a tradition now whenever we’re ranked,” she said. “I don’t see this as a malicious act but more of a college prank. I think they’re doing this to have it as an exclusive piece of memorabilia that no one else has.”

Last year, the campus newspaper, the Independent Alligator, cited a witness saying he watched a fellow student climb a light pole on Stadium Road about 2 a.m. and cut down a banner as two others stood guard.

The university understands students are enthusiastic but is worried about their safety, spokesman Steve Orlando said.

“It’s dangerous to climb up there and tear it down,” Orlando said. “It’s also not cheap to replace.” He added: “It’s something we might have to expect.”

The university planned to hang more banners then abandoned those plans due to recent thunderstorms — plus the likelihood those would be stolen, too. Orlando acknowledged that tracking down the thieves and pursuing criminal charges was not at the top of the university’s priority list.

One of the top facilities executives, Mark Helms, also acknowledged the locks weren’t working to deter the thefts.

“It won’t work if students continually keep grabbing ladders and cutting it with scissors,” Helms said. “I get it, OK. I was young once upon a time ago and understand why someone would do this.”

The university last year estimated the stolen banners’ cost at $73 each. It wasn’t clear why the school was selling them for $150 this year at the bookstore.

This story was produced by Fresh Take Florida, a news service of the University of Florida College of Journalism and Communications. The reporter can be reached at [email protected].  You can donate to support our students here.