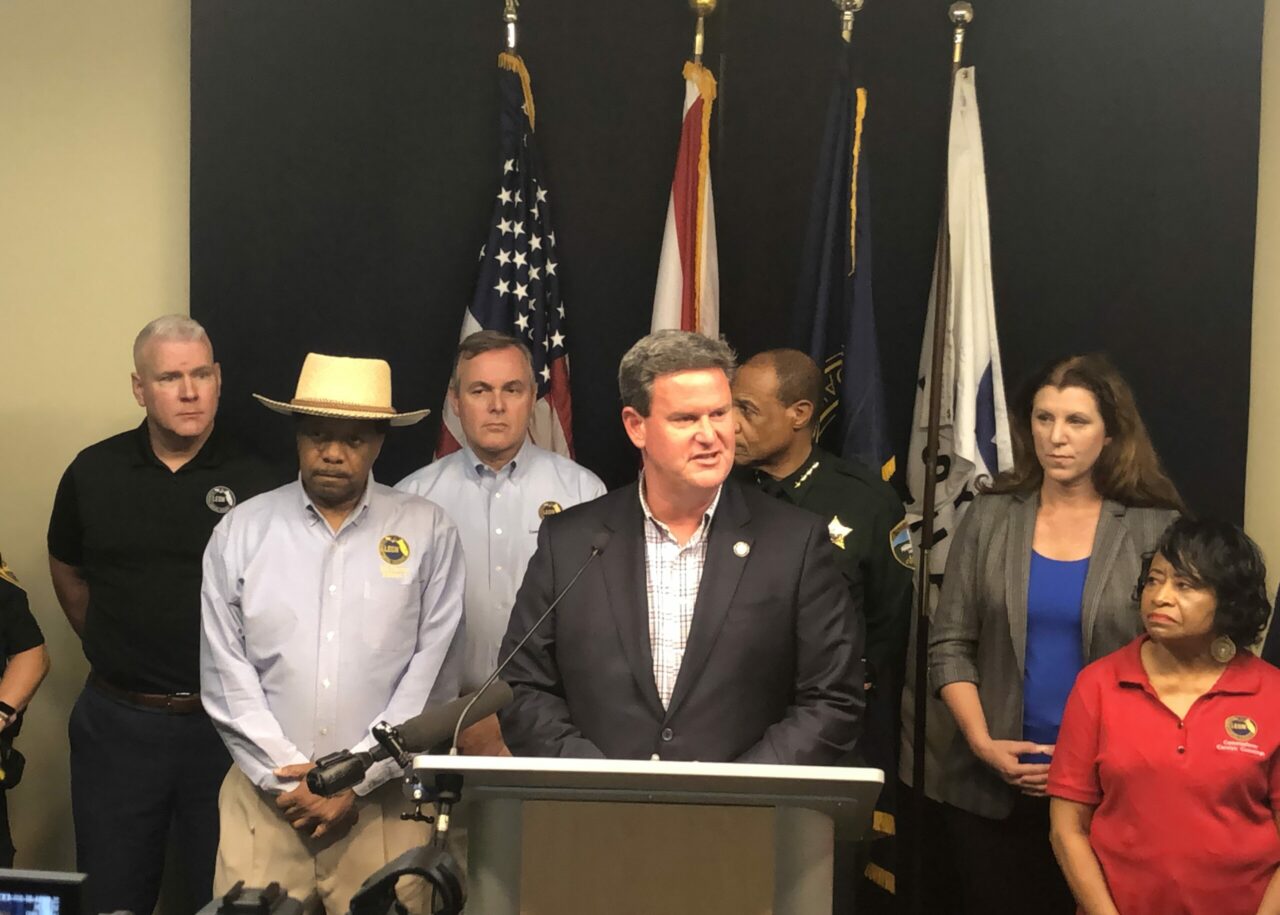 Hurricanes Michael and Hermine were the last storms to significantly impact Tallahassee. Both caused outages in most of the capital city.

A Monday morning storm update has lessened the apparent pressure on Tallahassee as now-Hurricane Ian approaches Florida. But city officials warn that Tallahassee is still under the gun.

Updates from the National Hurricane Center as recently as Sunday morning had shown the Big Bend region taking a direct hit from Ian, although forecasters stressed the unusually high level of uncertainty in models. As of the NHC’s 5 a.m. Monday update, Cedar Key in Levy County is right in the middle of Ian’s estimated path and Tallahassee will likely fall to the storm’s west side after models shifted the trajectory to the east.

“While we still have a day or two before the storm is going to strike, please take this time — it’s not a time to panic, but it is a time to be prepared,” Dailey told reporters at an afternoon news conference. “Make sure that you take care of yourself, your family, your pets, your neighbors and together we’re going to make it through the storm.”

The capital city could receive sustained high winds and heavy rainfall, which could down trees and flooding in flood-prone areas. Tropical storm-force winds are expected to arrive in Tallahassee Thursday morning, though they could begin midday Wednesday.

The city has opened two sandbag locations at James Messer Park South, Jack McLean Park, Springsax Park and the Northwood Centre that are open from 7 a.m. to 7 p.m. each day until the storm threat has passed. Sandbags are limited to 25 bags per household, and residents will need to bring shovels to fill bags themselves.

“We are prepared,” Dailey said. “We are monitoring and clearing debris where necessary on all of our infrastructure across the city of Tallahassee so that we are truly prepared for whatever the storm may bring us. We will assess the damage once the storm passes and we will move forward with restoration.”

Florida State University has canceled classes for Tuesday through Friday, and the campus will be closed for business Thursday and Friday.

“Out of an abundance of caution, the cancellation of classes on Tuesday is to allow students to travel safely out of the area if they choose,” FSU tweeted Monday.

The FSU Alumni Association also postponed events and activities associated with Homecoming between Thursday and Sunday, including the parade scheduled for Friday, until April.

Florida A&M University followed suit later in the afternoon. Parent and Family Weekend has been rescheduled to Nov. 4-6.

Leon County Schools has not yet canceled classes for the week. Superintendent Rocky Hanna said while there are no public school closures yet, seven sites could serve as shelters if called upon.

Middle school football games have been moved from Wednesday to Tuesday.

As of Monday afternoon, FSU’s football game against Wake Forest University is still on.

“Nothing has changed right now in terms of the 3:30 p.m. kickoff for our football game with Wake Forest on Saturday,” said FSU Vice President and Director of Athletics Michael Alford.

“We are closely monitoring the projections regarding the hurricane and will be in constant contact with both local and state officials as well as the administration at Wake Forest and the Atlantic Coast Conference. As always, the safety of the student-athletes, game staff and fans will be our top priority.”

The last storm to significantly affect Tallahassee was Hurricane Michael in 2018. Michael brought maximum sustained winds of 44 mph and more than 3 inches of rain. About 90% of Leon County was without power for up to a week.

Two years prior, Hurricane Hermine made landfall in St. Marks as a category 1. The storm brought maximum sustained wind of 47 mph and more than 5 inches of rain. About 80% of the county was without power for up to a week.

Everything from outside of Destin to Cape Coral is within the cone. Florida’s coast from Pinellas County to the Keys are under hurricane watch.

Gov. Ron DeSantis has declared a pre-landfall state of emergency for the entire state.

Before the storm makes landfall, it is expected to brush the Tampa Bay region, delivering life-threatening storm surge of 5 to 8 feet.

Ian is now a hurricane and is forecast to rapidly intensify to a major hurricane tonight. Tallahassee remains in the potential path, and there is still significant uncertainty in the track over the coming days. Remember that impacts can be felt well outside of the “cone.” #IanTLH pic.twitter.com/x86bKuDsct