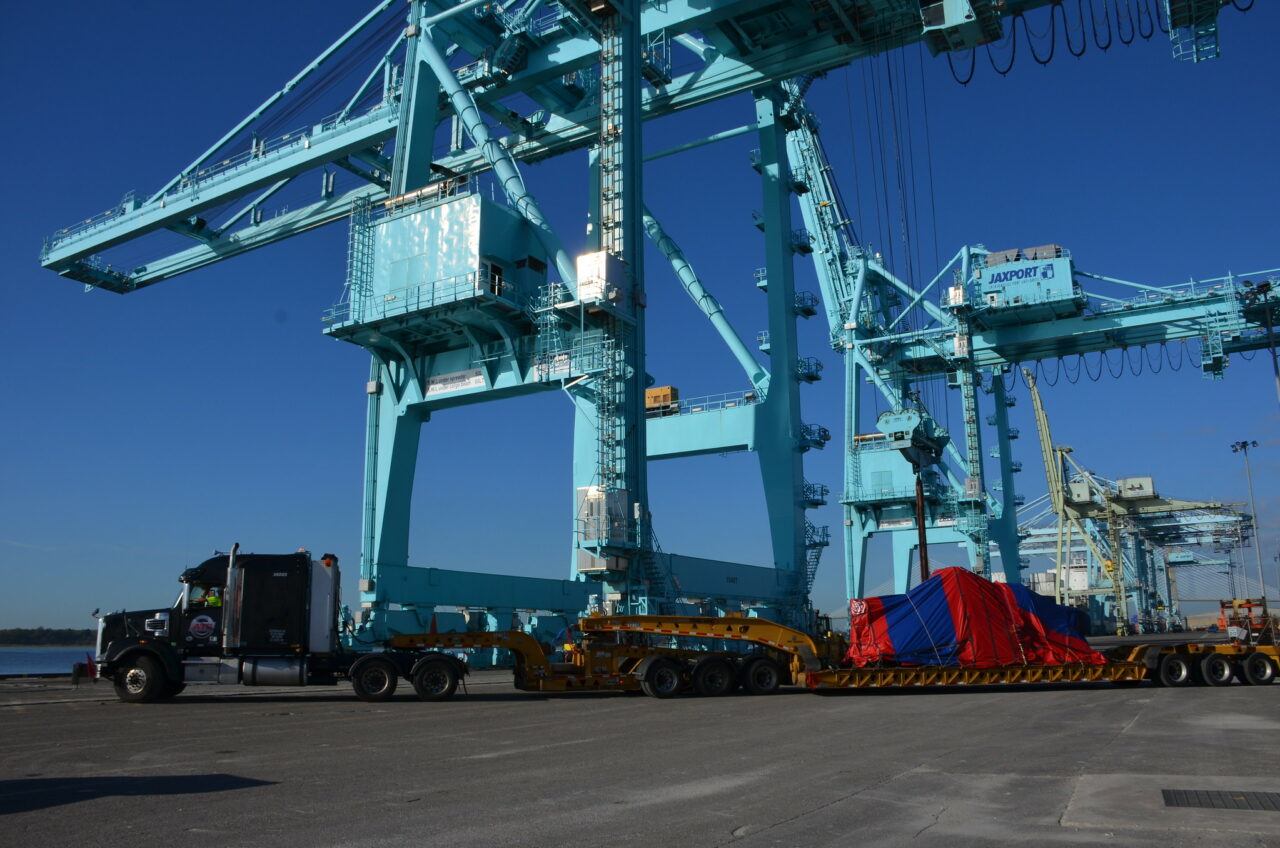 As of midday Monday, JAXPORT remained at Condition Whiskey, as did the Port of Fernandina.

If not paying attention to the latest gathering of the JAXPORT Board of Directors, one might have no idea a hurricane is working its way north and experts expect it to bring a not-insignificant amount of wind and rain to Northeast Florida.

JAXPORT’s thoughts were less on Hurricane Ian, spinning away in the Caribbean Sea, and more on the effects wrought by Hurricane Fiona on Puerto Rico. Jacksonville is the top mainland port for trade with Puerto Rico, dealing with nearly 90% of all sea trade between it and the mainland United States.

“First and foremost, our hearts and prayers are in Puerto Rico as they continue their relief effort,” JAXPORT CEO Eric Green said at this week’s meeting of the Port’s Board.

“As each of you know, the island sustained significant flooding as well as widespread power outages. I have personally been in contact with the CEO of the Puerto Rico Ports Authority, as well as the leadership team to gauge the amount of damage, and whatever … assistance we can give, and we will continue to do so.”

JAXPORT is also in conversations with Puerto Rican ocean carriers to work out the logistics with storm relief and the amount of product volume that can get to Puerto Ricans in need.

“JAXPORT, last week, set up a donation relief fund with the American Red Cross,” Green said. “The link to the fund is available on JAXPORT.com.”

In his appeal for donations, Green characterized Puerto Rico as JAXPORT’s longest-running and most significant trade partner.

Meanwhile, as of midday Monday, JAXPORT remained at Condition Whiskey, as did the Port of Fernandina. The Coast Guard set the condition at 8 p.m. Saturday and had yet to see reason to change it, as Hurricane Ian’s center is expected to pass west of Duval and Nassau counties.

Condition Whiskey means sustained winds of greater than 39 mph, associated with a tropical cyclone, are expected within 72 hours.

“All maritime interests are directed to complete preparations to implement the Port Heavy Weather Plan for Northeast and Eastern Central Florida,” according to the Coast Guard bulletin.

“The Ports of Fernandina and Jacksonville remain open with no restrictions. It is important that you monitor the storm development as well as prepare for potential changes in Port Conditions. Please review heavy weather plans and make any preparations necessary to safeguard your vessels and/or facilities as the Captain of the Port continues to closely monitor the storm.”