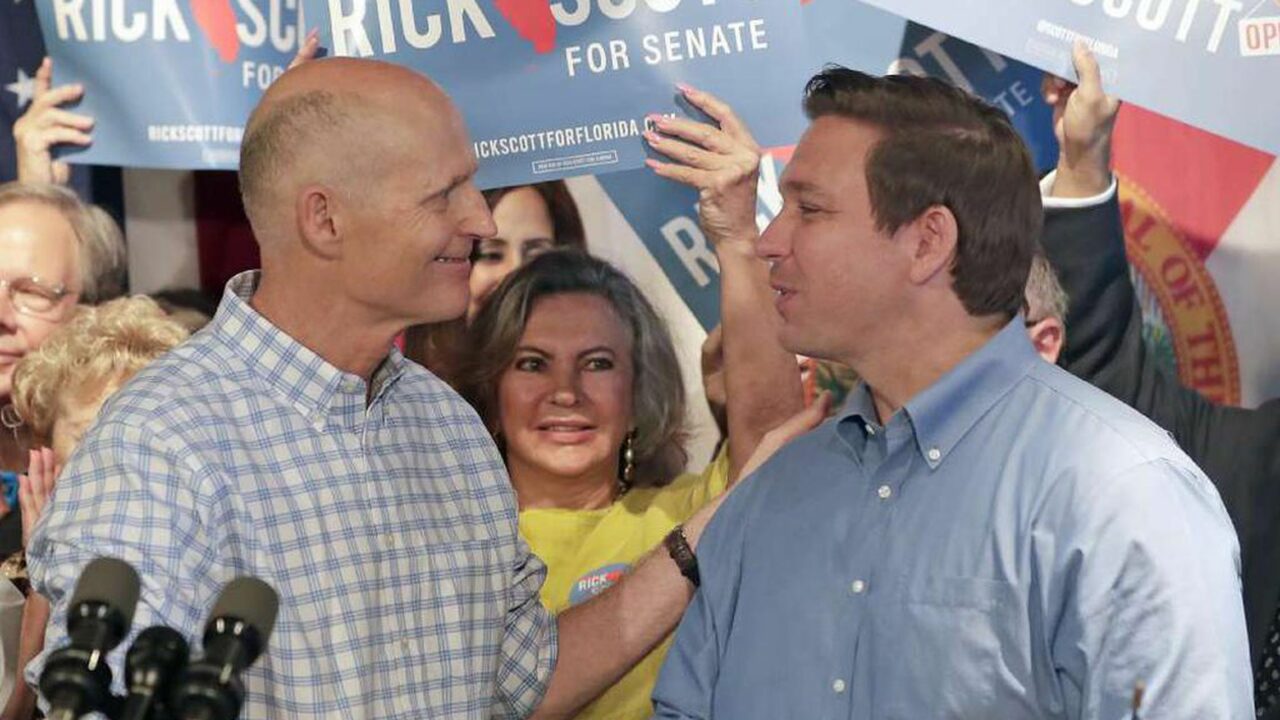 'We've got to have a robust property insurance market in this state.'

The property insurance market continues to get scrutiny during the Gov. Ron DeSantis era, with his immediate predecessor the latest to denote distress amid Hurricane Ian’s onslaught.

Rick Scott spoke Wednesday night about solvency issues with the property insurance market, which has driven unprecedented growth of the Citizens Insurance customer base.

“And so, I think it’s something the state’s going to have to put a lot of effort into,” Scott continued. “We’ve got to have a robust property insurance market in the state, and we’ve got to have insurance companies that are fully funded, so that they can provide the resources if something like this happens.”

Scott was responding to the introduction of a POLITICO article entitled “DeSantis faces the true test of any Florida Governor,” which bemoaned what was called a “faltering” property insurance market. He agreed with the idea that major hurricanes do indeed test Governors.

“Every time you learn something,” Scott said when asked if hurricanes represented a “test” for a Governor by Fox host Bret Baier. “They’ll learn something from this one.”

DeSantis’ campaign rapid response director Christina Pushaw refuted the idea that a storm was a “test” at all.

“Media talking point is Hurricane Ian is a “test” of Gov. DeSantis. No — it’s a natural disaster; the governor is focused on saving lives. Stop politicizing! If you are genuinely curious about how Gov. DeSantis responds to emergencies, see Surfside 2021. We are in good hands,” Pushaw tweeted.

Scott is the most high-profile Florida Republican to air concerns about the state’s property insurance market, but he is not the only former Governor voicing qualms.

DeSantis’ opponent in November, Democrat Charlie Crist, has maligned DeSantis as “the worst property insurance Governor in Florida’s history.” He has demanded DeSantis “provide emergency, 90-day coverage for homeowners who were dropped by their failing companies.”

The latest Crist blast came as FedNat became the sixth Florida company to leave customers in the lurch, due to unresolved solvency issues. Florida’s Department of Financial Services filed a petition to put the company into receivership.

DeSantis defended his record on insurance during a press conference in Tallahassee Monday morning.

“We just did a Special Session. We put $2 billion into a fund to provide a backstop that kept a lot of them from going out of business,” DeSantis said, referring to the money allocated for reinsurance.

“And this is a problem that we’re going to continue to tackle,” DeSantis said. “Clearly, there’s other things legislatively that I’d like to see done. I think we will get that done soon, but this is something that we will respond to.”

“First of all, we’re a strong state. We’ve got a huge amount of financial wherewithal right now so we’ll be able to get through it,” DeSantis added. “But if you’re asking would I rather not have had a storm hit us, then the answer is yes.”

Other Republicans have been open about describing a market on the verge of seismic collapse, including outgoing state Sen. Jeff Brandes. He tweeted ahead of the storm, when a Tampa Bay landfall was expected, saying that impact could have resulted in $40 billion in claims damage to insured properties alone.