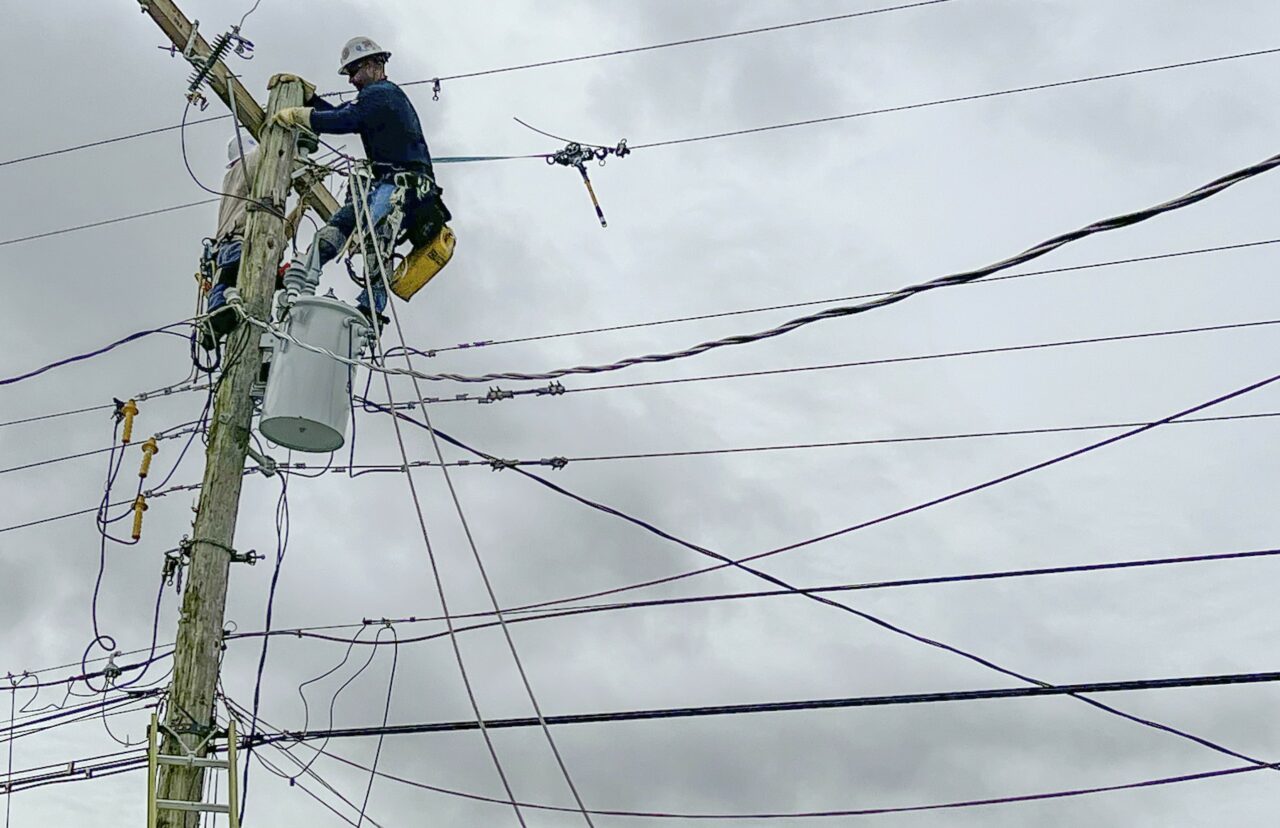 Charlotte, Collier, Lee and Sarasota counties had the most customers still without power.

Florida Power & Light (FPL) crews worked through the night to restore power for more than half a million customers across the state. By early Thursday evening, nearly 766,000 customers had their lights back on. About 1.24 million await help.

Close to 21,000 restoration workers, including some who traveled to Florida from 30 other states, are “working around the clock” to reconnect Floridians left without electricity in the wake of Hurricane Ian, FPL said.

Thirty-seven FPL staging, parking and processing sites are now in place as well to speed and streamline efforts. Specialized crews are also clearing downed trees, debris and other damage so lineworkers can access systems.

The storms struck the Sunshine State Wednesday afternoon near Fort Myers at near-Category 5 strength, bringing with it torrential rain, tornadoes and massive storm surges that flooded a large swath of the Gulf Shore.

FPL is now assessing the damage and what work is needed to bring its grid fully back online. The company expects some customers will experience “prolonged outages” as parts of its system will need more than just repairs.

“Hurricane Ian has forever altered the lives of so many of our fellow Floridians and we recognize the road to recovery will be long and challenging,” FPL Chair and CEO Eric Silagy said in a statement.

“We understand how difficult it is to be without power and our dedicated men and women will continue to work around the clock until every customer’s electricity is back on. That said, the catastrophic nature of this storm means that we may need to rebuild parts of our system in Southwest Florida, which will take time.”

Roughly 21% of FPL’s 5.27 million customers awaited reconnection as of 5 p.m. Thursday. Among the larger counties impacted by the storm, Charlotte, Collier, Lee and Sarasota contained the most customers still without power, according to FPL’s interactive Power Tracker.

“If a customer has lost power more than once,” he said, “it does get added in there twice.”

This morning Sheriff Carmine Marceno took a tour of Lee County to begin assessing damage caused by Hurricane Ian.
We are devastated. Our hearts go out to every resident who is impacted. The Lee County Sheriffs Office is mobile and will stop at nothing to help our residents. pic.twitter.com/S4OsB8ajRv

Also uncertain is the number of dead due to the storm. Lee County Sheriff Carmine Marceno told “Good Morning America” that he “definitely (knew) fatalities are in the hundreds.”

“There are thousands of people that are waiting to be rescued,” he said. “I can’t give a true assessment until we’re actually on scene assessing each scene, and we can’t access. That’s the problem. We’re accessing the bridges, seeing what’s compromised and what’s not, and this will be a life-changing event for the men and women who are responding. They’re going to see things they’ve never seen before.”

Gov. Ron DeSantis later pushed back on Marceno’s assertion that hundreds likely died in the storm, calling the figure “basically an estimate of, ‘Hey, these people were calling.'”

previousSunburn — The morning read of what’s hot in Florida politics — 9.29.22