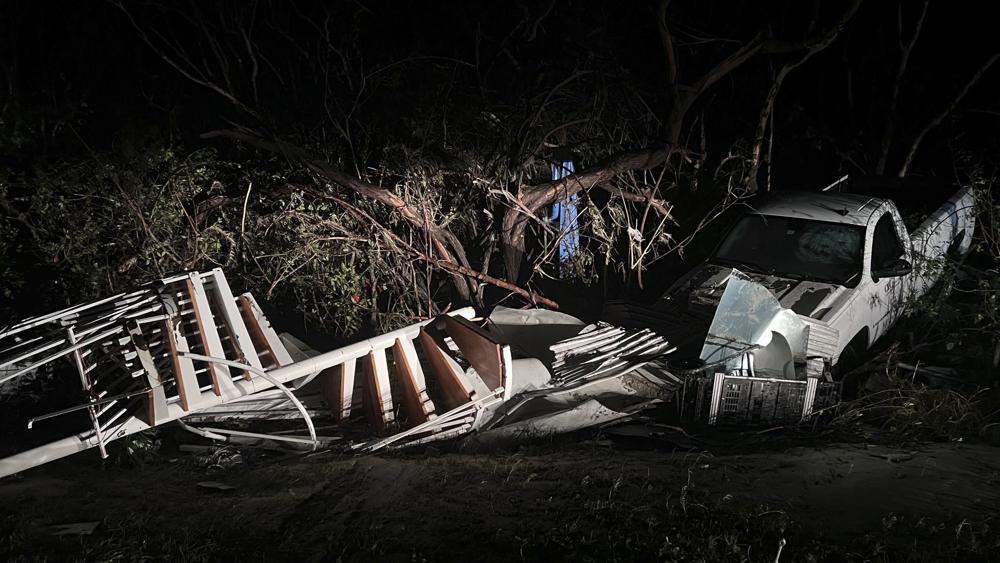 'You are looking at a storm that changed the character of a significant part of the state.'

After Hurricane Ian ravaged the region, Gov. Ron DeSantis is saying infrastructure to restore power in Lee and Charlotte counties will need to be largely rebuilt. The same goes for some bridges to barrier islands where many who chose to ride out the storm remain trapped in flooded communities.

The Coast Guard has already been rescuing individuals on the barrier islands in both counties, according to the Governor. Asked about Lee County law enforcement concerns that fatalities may number in the hundreds, DeSantis said he remains optimistic that number is based on calls from many people who lost communication but will still be rescued.

There have been at least two fatalities in the region DeSantis believes are connected to the storm.

But it’s already clear in damaged infrastructure that Southwest Florida has a yearslong road to recovery ahead.

“This is going to require years of effort to be able to rebuild and to come back,” DeSantis said Thursday. “These are fantastic communities down in Southwest Florida with a lot of fantastic people, and they’re very tough and resilient. Of course, they didn’t ask for this. But they need our help now.”

He also said he had a conversation with President Joe Biden and that the administrations are cooperating. He appreciates the Coast Guard response, and that the President declared a major disaster in nine Florida counties: Charlotte, Collier, DeSoto, Hardee, Hillsborough, Lee, Manatee, Pinellas and Sarasota. The Governor has advised the President there may need to be more counties added as tropical storm-force winds and storm surges continue to hit other parts of the state.

Much of the area remains on curfew, and DeSantis stressed those tempted to explore the area should resist the urge for now. Flooding continues to make roads hazardous. Lee and Charlotte counties both have boil water notices in effect, and roads remain disrupted by fallen trees and water.

DeSantis said much of Interstate 75 is now operational, except for a part of the road in Lee County in Fort Myers.

Division of Emergency Management Director Kevin Guthrie stressed much of the state remains under siege by tropical storm winds and massive storm surge. Individuals need to hunker down on the east coast as Tropical Storm Ian gains strength over water and continues to produce flooding.

DeSantis said areas hundreds of miles from Southwest Florida could still flood, and that won’t draw as much national attention because of the catastrophic damage to Southwest Florida. But he said even areas on the East Coast are seeing a 500-year flood event right now.

In Southwest Florida, the Sanibel Causeway and the Pine Island Bridge are both unusable and will need to be rebuilt.

“You are looking at a storm that changed the character of a significant part of the state,” he said.