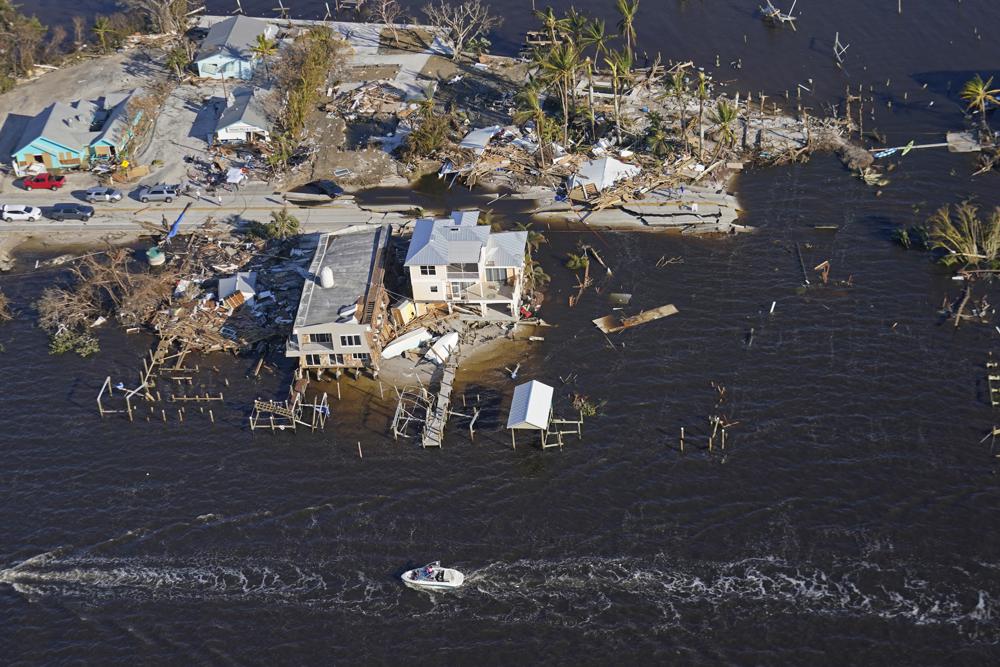 ‘Usually government will promise and underdeliver. Well, here's an overdelivering, getting it finished ahead of schedule.’

State transportation officials have reconnected Pine Island to the Southwest Florida mainland with a temporary road completed three days ahead of schedule.

Gov. Ron DeSantis announced the development in Matlacha, standing with state agency heads at the site of the completed connection. Emergency crews will soon begin taking advantage of the bridge to continue responding to Hurricane Ian, and the road will open to the public starting late Wednesday. Ultimately, DeSantis said the connection will allow the barrier island’s 9,000 residents to “go about their lives.”

“Usually, government will promise and underdeliver,” he added. “Well, here’s an overdelivering, getting it finished ahead of schedule.”

DeSantis commended the Florida Department of Transportation (FDOT) and Secretary Jared Perdue for getting the road connection running within a week of landfall last Wednesday afternoon. Work began Monday and the original timeline was for the connection to be completed Saturday. Officials completed the job within three days.

“If you think about waking up Thursday morning and seeing the images of this and you said, well, the state will be able to get that bridge restored, at least on a temporary basis, in less than one week’s time, I think most people would’ve taken the over on that,” DeSantis said.

“Just knowing how government is, it takes them a week just to even have a meeting, usually, about stuff like that, but our view is we need to respond very quickly.”

The destruction of the bridge connections to Pine Island and Sanibel Island has complicated the response to Hurricane Ian. Those areas took a direct hit with up to 18 feet of storm surge.

“Hundreds of loads of sand and rock, various pieces of heavy equipment, and dedicated crew members have literally helped pave the way to recovery for this community. The Department was honored to be called to help support Florida’s communities in their greatest time of need,” Perdue said in a statement.

“We are proud to have worked alongside our partners, Lee County, and deliver on our promise of reconnecting this community to the mainland as quickly as we possibly could.”

Once immediate recovery efforts have subsided, FDOT says permanent repairs will be next.

“Just go easy on this thing,” DeSantis said. “This is not like 60 miles an hour because they had to do this quickly.”

On Tuesday, DeSantis announced a contract to begin repairs to the Sanibel Causeway. That route, which has been washed out or collapsed at multiple points, is expected to be open by the end of the month. Sanibel Island is home to about 6,500 residents.

Until then, DeSantis plans to “barge people over,” including first responders and National Guard service members.