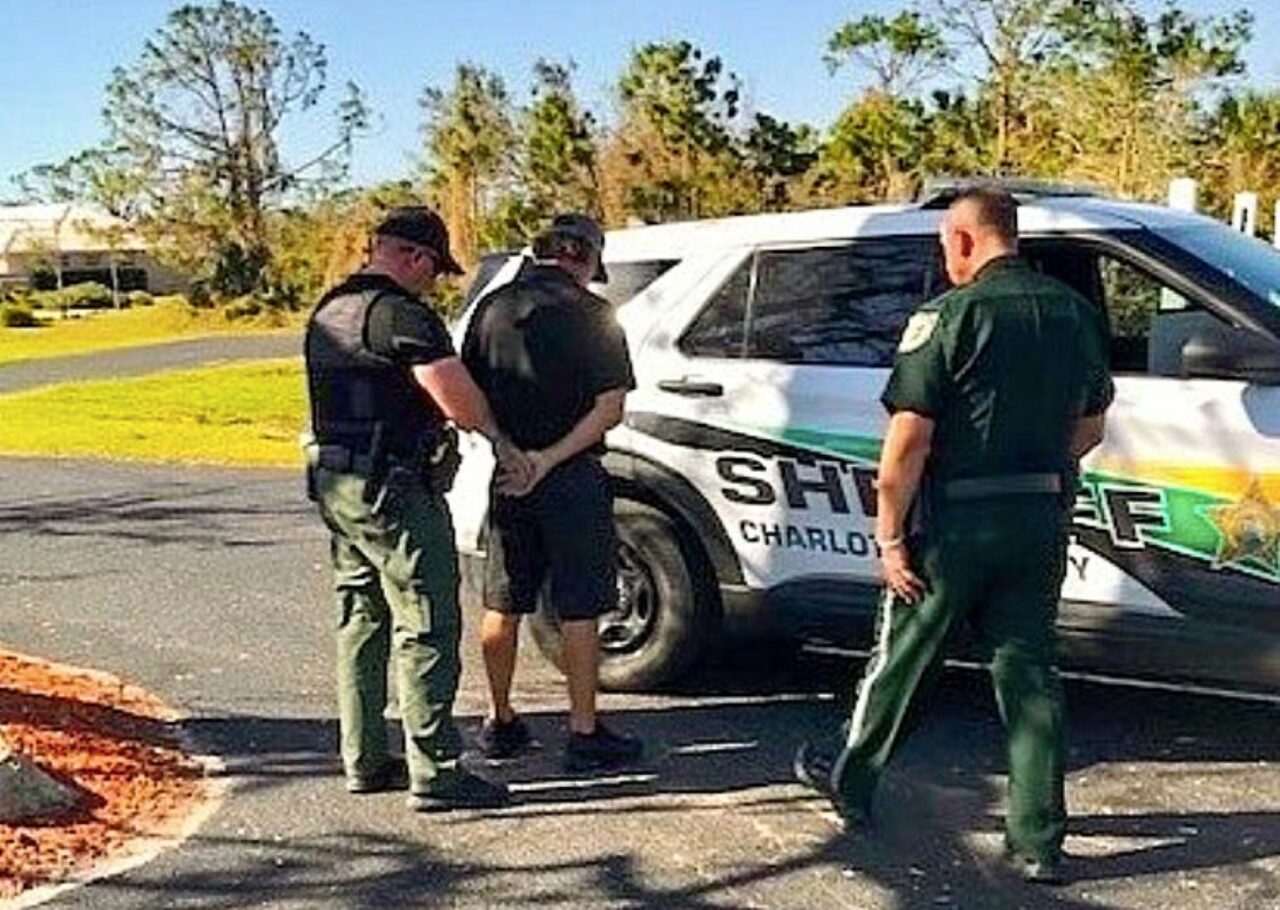 Duque thought he was in the right by showing up to repair hurricane-damaged roofs.

Florida sheriff deputies have arrested a roofer from Texas who was attempting to repair houses in an area hit hard by Hurricane Ian.

According to the Charlotte County Sheriff’s Office (CCSO), the owner of Duque Roofing, Terence Duque, was arrested last Friday for contracting without a Florida license, which is a felony crime.

CCSO said that the Charlotte County Economic Crimes Unit received a call from an investigator at the Department of Business and Professional Regulation at 1:30 p.m. last Friday.

“The investigator informed the CCSO detective that a roofing company, Duque Roofing, was found to be in Charlotte County, conducting business without a Florida license to do so, and that a homeowner had already agreed to a contract with them,” CCSO’s post about the arrest said.

The post also noted that Duque thought he was in the right by showing up to repair hurricane-damaged roofs.

The sheriff said Duque told officers an employee of his made contact with the Florida Department of Business Regulation (DPBR) and that a representative had given him permission to conduct business in Florida, though he could not provide the name of the representative.

Duque Roofing has been in business in Texas and Louisiana for 13 years and is rated A+ by the Better Business Bureau. The company has done work in the aftermath of several hurricanes, and its website says that employees provide tarps, food and water for those impacted. The company also has a focus on providing jobs for veterans.

Florida contractor requirements are notoriously strict and costly, more so than in Texas, according to the website Construction Dive. But the requirements are mainly meant to make sure businesses in Florida are up to standard. Meanwhile, Duque Roofing is already known for doing solid work in multiple states.

“The extensive financial and application requirements of licensing systems, like there are in Florida and California, help weed out those financially unprepared to run a construction business,” Construction Dive wrote.

Florida’s requirements may also be to make sure predatory contractors don’t take the money and run, the website says. But with Duque’s extensive record of doing post-disaster repairs, and the several large construction trailers and RV that they brought to Charlotte County as documented by CCSO, there’s no evidence that the company had plans to scam people out of money.

“Ignorance is not an excuse,” Prummell wrote. “If you are in Charlotte County, doing business with the people of this community, you had better be on the up-and-up and have the appropriate licensing and insurance. These people have been through enough, and I will not allow unlicensed contractors to further victimize them.”

CCSO’s news release said that Duque was transported to Charlotte County Jail without incident. But in a search of CCSO’s arrest portal, Duque’s name did not appear in the results. DPBR, CCSO and Duque Roofing have not yet responded to requests for comment from Creative Loafing Tampa Bay.

Yesterday, DPBR celebrated the arrest of Duque on Twitter, and received a lot of pushback from the public.

“During a State of Emergency, working without proper licensure is a felony. Thanks to #DBPR‘s Division of Regulation’s hard work in impacted areas, @CCSOFLSheriff arrested an unlicensed roofing worker putting Floridians at risk,” DBPR wrote, with a picture of what looks like Duque being arrested by CCSO beneath the text.

Then, the comments started coming in.

“You guys are a disgrace,” one commenter wrote.

“Are you aware that you’re the bad guys?” another wrote.

Nearly 900 comments have poured in as of now, along with almost 400 quote tweets, just about all of them berating CCSO and DPBR for the arrest.

Here are a few of the tweets …

WELCOME to Florida where helping someone in need after a statewide crisis is literally a felony. I thought Republicans were the party of limited government and cutting through regulations and red tape.

It's great when people say America will never be a socialist nation in which centralized authorities monitor every aspect of the economy https://t.co/ZayAhClVY8

Charlotte county is an actual disaster zone. If a homeowner is confident in someones skills, it shouldn't be an issue. The government sure isn't going to send anyone out expeditiously. People still need to live in those damaged homes, let them fix them before they mold and rot!

Bureaucrat 1: We have word that someone has been repairing roofs.

Bureaucrat 1: But they didn't pay a fee to be on our arbitrary list.

Bureaucrat 2: What? Arrest them and throw them in prison! You can't go around working without first giving us our cut!

At risk? At risk of what, having their roof fixed!?

Wew, Floridians are certainly lucky that you are, *Checks notes* ahh, right, preventing them from getting their roofs repaired.

Abolish these police in particular.

Without the government, who would arrest community volunteers after a natural disaster? https://t.co/MfH7Ley1Hu

Please, for the love of God, tell me that this is just a very bad parody account. https://t.co/CS8LLmuRMe

Let's check in on how freedom is doing in Florida https://t.co/BsEASymaCL