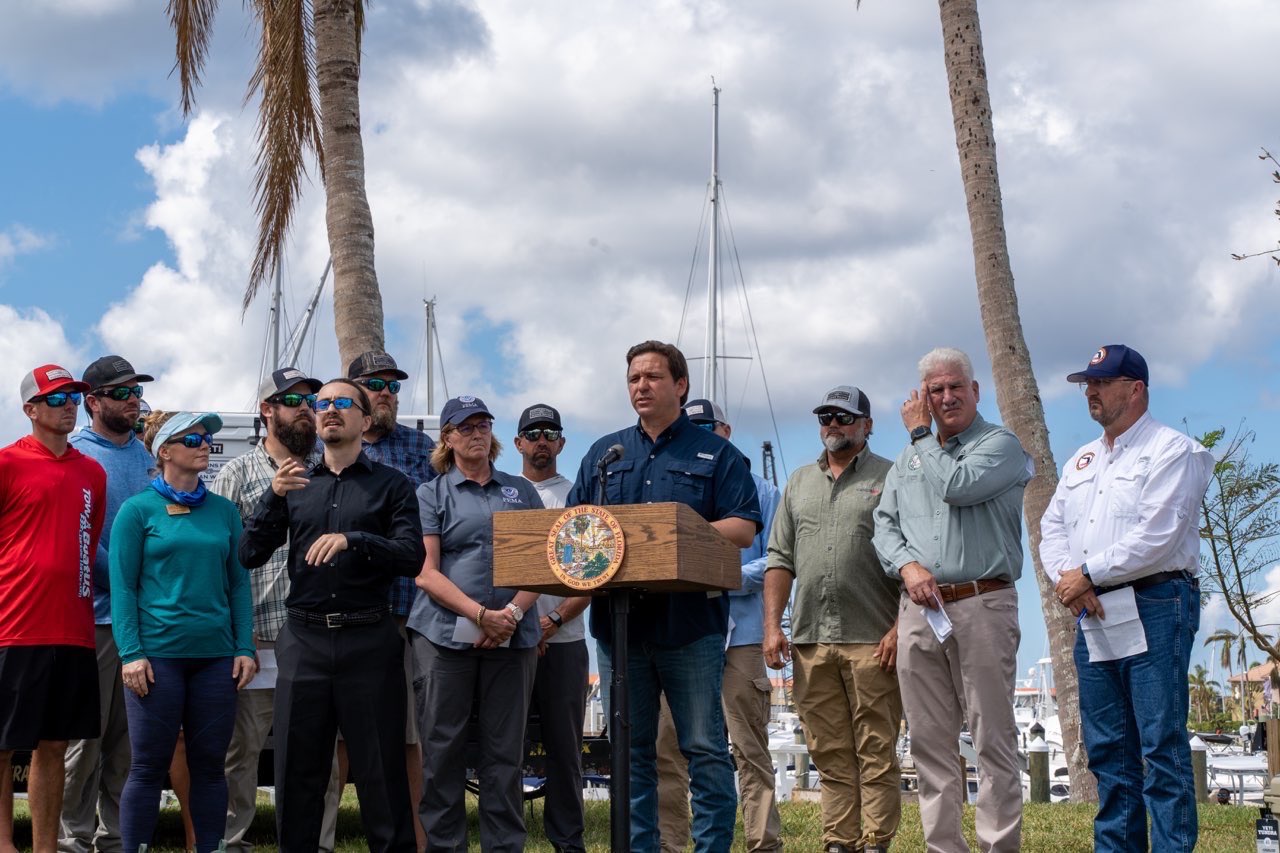 'Don't bite the hand that feeds you. Good Lord!'

DeSantis is siding with the billionaire over the nation under attack from Moscow, suggesting that Ukrainian officials were biting the hand that feeds them in criticizing Musk. Musk had complained about the cost, but ultimately relented and said he’d keep providing satellite internet units.

“When Russia invaded Ukraine, Elon Musk positioned his satellites over Ukraine and gave them these things. So they’ve actually been using his devices to be able to defend their country, and I guess some of the people in the government were attacking Musk,” DeSantis said Monday.

“And I’m just thinking to myself, ‘He’s doing this for free,’ ” DeSantis said. “Don’t bite the hand that feeds you. Good Lord!”

“He’s provided that for them for free,” DeSantis added. “And if you think about it, in a country that big, given what’s going on, that’s tens of millions of dollars that he’s effectively donated.”

The Associated Press reported Friday that Musk had officially asked the Defense Department to take over funding for the service Starlink provides in Ukraine. Musk tweeted that it was costing SpaceX $20 million a month to support Ukraine’s communications needs.

“The hell with it … even though Starlink is still losing money & other companies are getting billions of taxpayer $, we’ll just keep funding Ukraine govt for free,“ Musk tweeted Saturday.

DeSantis’ defense of Musk came after questions at a post-Hurricane Ian press conference in North Port Monday, where a local Comcast customer asked about poor internet reception in his area. DeSantis suggested that “Elon Musk devices” and “Musk stuff” at public areas in each county may help in the short term, referring to the units Musk offered for free in Ian’s wake.

The mutual admiration society between Musk and DeSantis has existed for some time.

Musk has mused that DeSantis may be a good choice for President. DeSantis has agreed with Musk’s contentions that “whoever controls the teleprompter” controls President Joe Biden.

On the question of Ukraine, DeSantis’ words have been open to interpretation since the Russian invasion earlier this year. DeSantis offered comments broadly supportive of the “moxie” of Ukrainian resistance fighters, though he stopped short of the kind of untrammeled support for the Ukrainian war effort that others offered even in the early days of the war.

His criticisms were directed at President Joe Biden more so than Russian dictator Vladimir Putin, who DeSantis does not seem to respect.

“This is a guy who basically is an authoritarian gas station attendant — OK? — with some legacy nuclear weapons from the old Soviet Union,” DeSantis said of Putin in February.

“The weakness has bred a lot of the disorder that we’re seeing right now.”