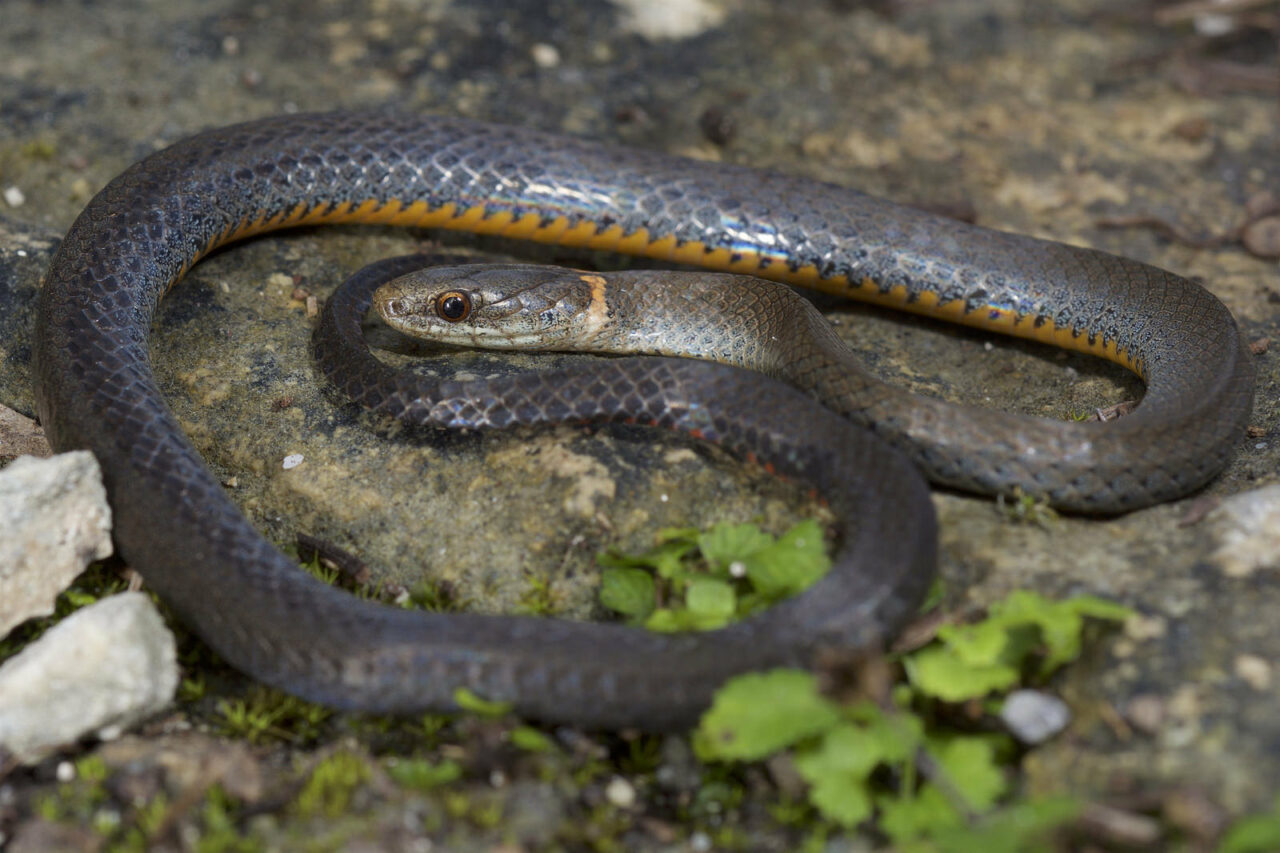 'Critical habitat helps focus conservation where it is needed most.'

Four species of plants in the Everglades and Florida Keys, and two kinds of our slithery snake friends in the Keys, are up for enhanced federal protections, the U.S. Fish and Wildlife Service (USFWS) determined.

The two snake species — the Key ring-necked snake and the rim rock crowned snake — would become listed under the Endangered Species Act (ESA) and would have specific habitat delineated for them in law.

“These snakes need our help, as they face the threat of extinction throughout their range,” USFWS Regional Director Leopoldo Miranda-Castro said in a statement. “Listing these species under the ESA will inspire partnerships to protect them and the rare ecosystems in the Keys where they dwell.”

The ring-necked snake hangs out on seven of the Florida Keys, in “limestone substrate and outcroppings in pine rocklands and rockland hammock habitats.” The snake is at risk of extinction because of habitat loss due to sea-level rise and saltwater intrusion.

As part of the endangered listing, the snake would have 2,604 acres of land within four areas in the lower Keys. This area would overlap with critical habitat for the Bartram’s scrub hairstreak and Florida leafwing butterflies, Cape Sable thoroughwort, Florida semaphore cactus, and the silver rice rat.

Critical habitat for the rim rock crowned snake would cover nearly 6,000 acres across 11 units in Miami-Dade and Monroe counties.

USFWS is accepting comments on the snake decision received or postmarked on or before Dec. 13. People can submit comments through the federal portal by going to the site and searching for the docket number, FWS-R4-ES-2022-0022, once the rule gets published in the Federal Register.

The four Keys plants suggested for critical habitat designation are largely because of the significant loss of pine rockland habitat, including a 90% reduction by development and agriculture in Miami-Dade County. The habitat is also 44% down from its historical distribution on Big Pine Key.

The plants tapped for help are the Big Pine partridge pea, wedge spurge, sand flax and Blodgett’s silverbush. Three are already listed as endangered, and the silverbush is listed as threatened.

“Critical habitat helps focus conservation where it is needed most,” Miranda-Castro said. “The proposal would extend Endangered Species Act protection to the habitats that are essential for the survival and recovery of these four Florida Keys plants.”

The comment process is the same with the plans as with the snakes, with the docket number for this action being FWS-R4-ES-2022-0116.

Similarly, four plants in the Everglades — Everglades bully, Florida pineland crabgrass, pineland sandmat, and Florida prairie-clover — have critical habitat designated for them because so much of it’s been disappearing. Three of the plants are listed as threatened, with the prairie-clover covered under endangered species protections.

The plants have “strongholds” in Everglades National Park and Big Cypress National Preserve, with habitat fragmented and disappearing elsewhere in Collier, Monroe and Miami-Dade counties.

The docket number for the Everglades critical habitat designation is FWS-R4-ES-2022-0125.