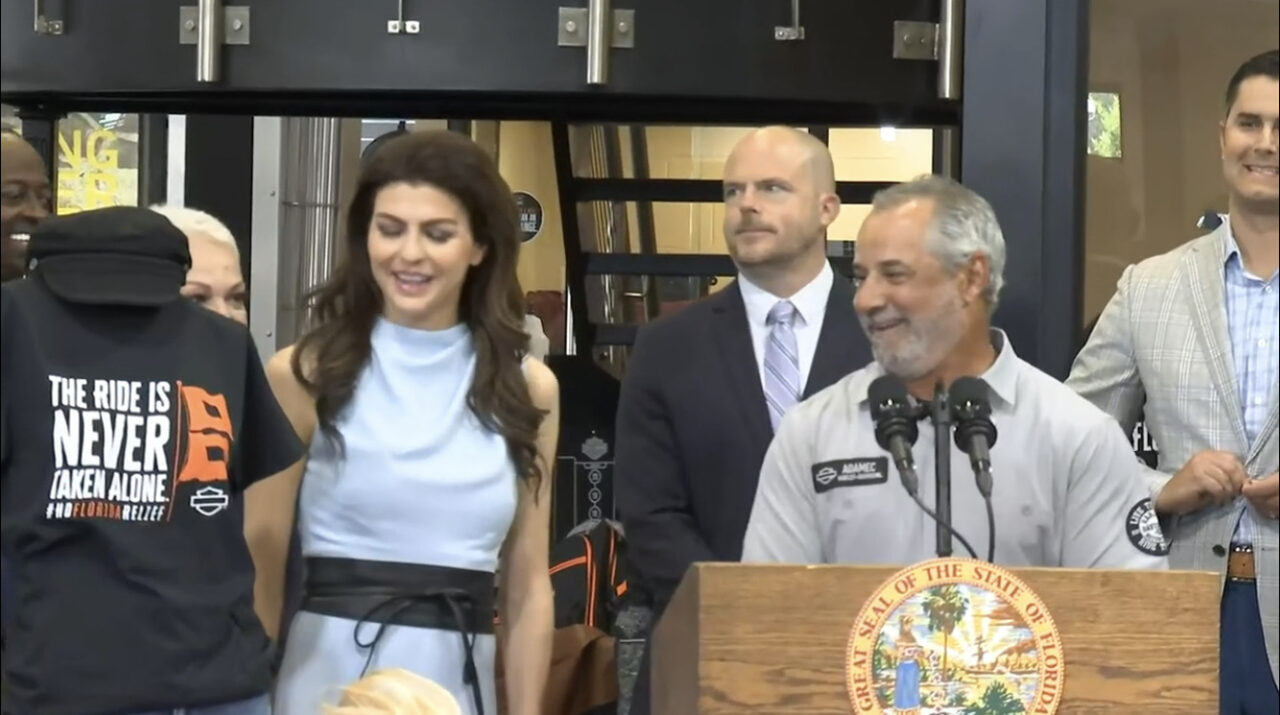 'We're not going to lay off the gas.'

First Lady Casey DeSantis is highlighting the generosity of Floridians in the wake of Hurricane Ian, while saying more must be done still.

DeSantis visited a Harley Davidson dealership in Jacksonville where she spotlighted the Florida Disaster Fund, a vital resource for those who suffered loss during Hurricane Ian.

Despite the $45 million raised from 62,000 donors, a “record” amount, DeSantis said “the work has only begun.”

She promised to return to Northeast Florida “as much as possible, shaking the trees” for more donations.

“We’re not going to lay off the gas,” DeSantis said, noting the fund is “raising as much money as humanly possible.”

And the fundraising beat goes on even at rock and roll concerts, she noted during Monday’s event.

The Van Zant brothers, whose anthemic Sweet Florida is the official song of the re-election campaign, donated $100,000 at a Hollywood gig last night. The Seminole Tribe also donated $100,000.

This money and much more is necessary, DeSantis said, to help people get “pathways to rebuild” after the “500-year flood” Hurricane Ian brought to much of the peninsula.

Donors big and small attested to the work being done and their commitment to the cause.

“At CSX we care deeply about the communities that welcome us each day, but none more than those here in the state of Florida,” said CSX’s Brian Tucker, extolling the rail giant’s commitment.

The Harley dealership that hosted DeSantis Monday also is in the charitable spirit: 100% of proceeds from its “Florida Rides Together” T-shirts will go to the fund.

Volunteer Florida CEO Josie Tamayo explained how her agency works with nonprofits “on the ground” to help with recovery efforts, where the “long-term effects” of the storm are felt.

“We in Florida are all in this together,” Tamayo said.

“When (Federal Emergency Management Agency) dollars run short, the fund can supplement,” added DeSantis, underscoring a reality that for many people who won’t be made whole by federal help or private insurance, the Florida Disaster Fund is a lifeline of importance.