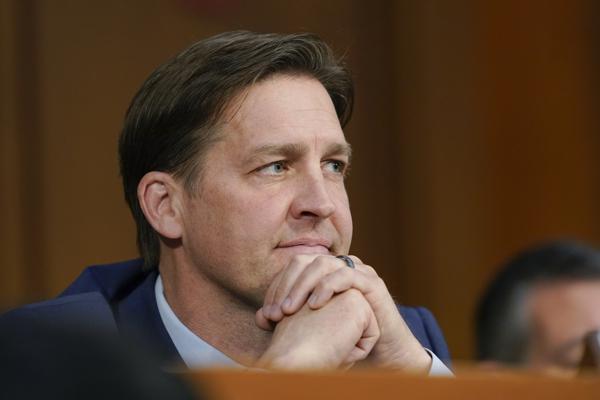 The Nebraska Senators is the only finalist to be UF's next president.

The University of Florida is going to start enforcing a decades-old prohibition against indoor protests following a raucous demonstration earlier this month against the selection of U.S. Sen. Ben Sasse as the only finalist for the school president’s job.

Sasse, a Republican in his second Senate term, has drawn criticism from some at the school for his opposition to same-sex marriage.

The current university president, Kent Fuch, said in a letter to the university community that a protest at a forum where Sasse was taking questions on Oct. 10 made it difficult to hear the Nebraska senator’s responses as demonstrators were banging their fists on windows, walls and furniture.

Because of the demonstration involving 1,000 protesters, the discussion had to be moved online and shortened.

While the university supports the First Amendment right to free speech, “with this commitment comes an obligation to protect the rights of everyone in our community to speak and to hear,” Fuchs said.

Paul Ortiz, president of the local faculty union at the university, said the student protesters were inaccurately characterized by university officials “in an unfair and demeaning manner.”

“One either believes in the First Amendment or one does not,” said Ortiz, a history professor. “Student, staff and faculty attempts to engage with Senator Sasse and the administration in a very important process were and are being rebuffed.”

The regulation against protests inside campus buildings has been on the books for two decades, but it wasn’t enforced in recent years because protesters “were respectful of others and their rights to speak and to hear,” Fuchs said.

The policy will be enforced next week when the school’s board of trustees meets to consider Sasse’s candidacy, and students who violate it may be subject to discipline, Fuchs said.

Sasse called the U.S. Supreme Court’s 2015 decision legalizing same-sex marriage “a disappointment to Nebraskans who understand that marriage brings a wife and husband together so their children can have a mom and dad.”

He also declared as unnecessary a bill protecting same-sex marriage that cleared the U.S. House in July.

When asked at the University of Florida forum earlier this month whether he opposes same-sex marriage, Sasse noted that it is now national law as ruled upon by the Supreme Court and that his goal is to create a “place of respect and inclusion for all Gators.”

Others question his qualifications to run such a sprawling school with more than 50,000 students, and the secretive selection process used in choosing Sasse. A new Florida law allows universities to conduct much of the process outside of the state’s open meetings and public records laws.

Sasse, 50, was previously president of Midland University in Fremont, Nebraska, which has just over 1,600 students.