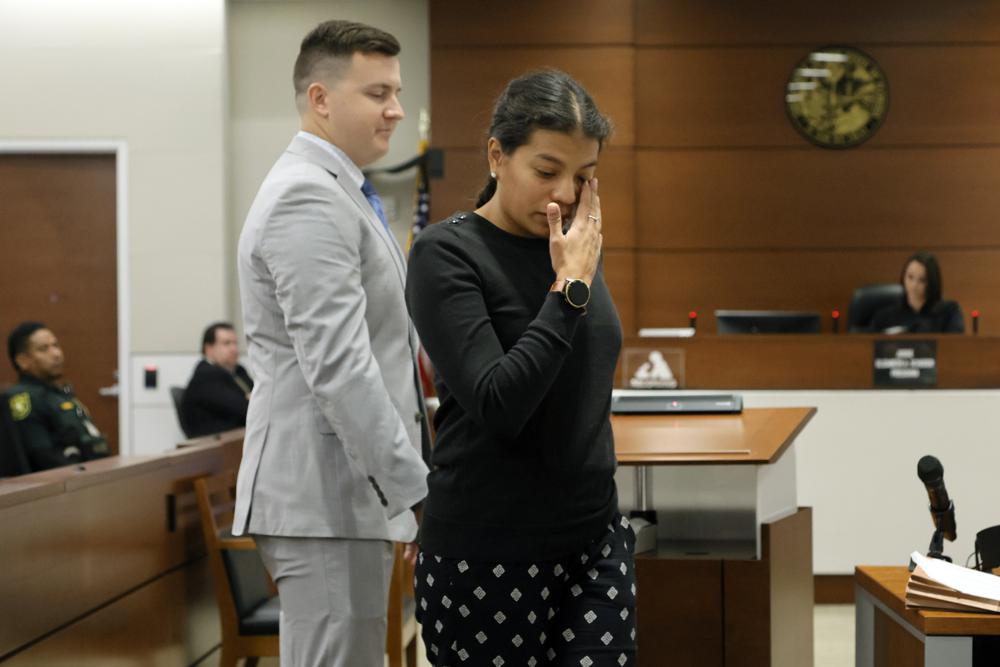 Many family members said it's a problem with Florida law Cruz won't be sentenced to death.

Parkland school shooter Nikolas Cruz formally received a sentence of life without parole Wednesday after families of his 17 slain victims spent two days berating him as evil, a coward, a monster and a subhuman.

Cruz, shackled and in a red jail jumpsuit, watched Judge Elizabeth Scherer but showed no emotion as she sentenced him to 17 consecutive life terms for the Feb. 14, 2018, massacre at Marjory Stoneman Douglas High School in suburban Fort Lauderdale, and an additional 17 terms for the attempted murders of those he wounded.

Scherer had no other choice; the jury in Cruz’s three-month penalty trial voted 9-3 on Oct. 13 to sentence him to death, but Florida law requires unanimity for that sentence to be imposed.

Cruz acknowledged under questioning by the judge before sentencing that he is on medication but could understand what was occurring.

The sentencing came after two days’ worth of parents, wives, siblings and others of slain victims and some of the surviving wounded walking to a lectern 20 feet to address him face to face.

The judge commended the families and wounded who testified, calling them strong, graceful and patient.

“I know you are going to be OK, because you have each other,” Scherer said.

The judge’s voice broke as she read the first of the 34 life sentences, but she her voice gained strength and volume she moved down the list. Some parents and other family members wept as she read.

Families and the wounded spent two days verbally thrashing Cruz, wishing him a painful demise in prison and lamenting that he could not be sentenced to death.

“Real justice would be done if every family here were given a bullet and your AR-15 and we got to pick straws, and each one of us got to shoot one at a time at you, making sure that you felt every bit of it, and your fear continued to mount until the last family member who pulled that last straw had the privilege of making sure that they killed you,” said Linda Beigel Schulman, mother of teacher Scott Beigel. “That’s real justice for you.”

Beigel Schulman said she takes some comfort in knowing that Cruz is headed to a maximum-security prison where he will have to worry constantly about his safety for the rest of his life.

“From what I hear, child killers are highly frowned upon and hated in prison,” Beigel Schulman said to Cruz. “I welcome the day that I’m told that you’ve been tortured and taken out for your cold-blooded, premediated, calculated, heinous murders, because you deserve no less.”

David Alhadeff, the uncle of Alyssa Alhadeff, told Cruz via Zoom from his classroom in Maryland that he deserves “the opportunity to rot away.”