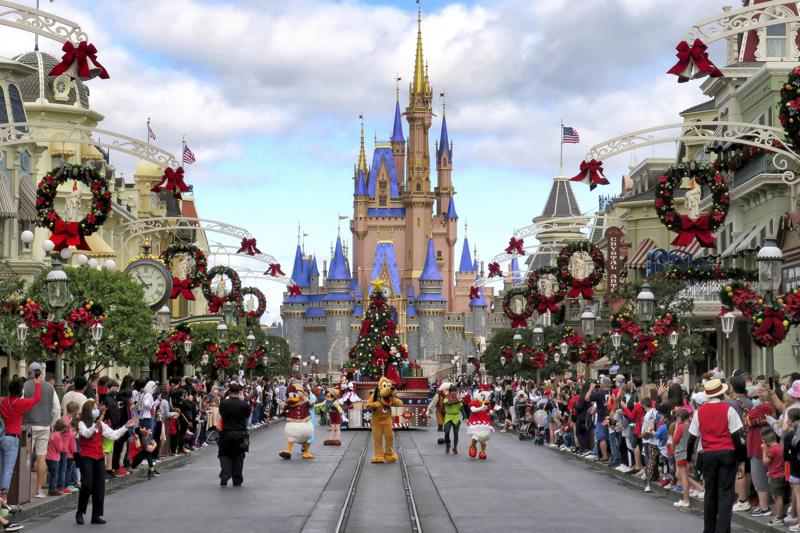 Workers in Central Florida’s tourism industry are pushing to raise their minimum wage to at least $18 an hour, arguing that rising rents and inflation have cut into their ability to make ends meet.

Unite Here Local 737 released a report Thursday saying an adult worker with no dependents would need to earn $18.19 an hour to make a living wage, while a family with two children would need both parents earning $23.91 an hour for a living wage.

Local 737 is part of a coalition of other unions currently negotiating a new, five-year contract for service workers at Walt Disney World, Central Florida’s largest employer. Local 737 also is in the middle of contract negotiations with Sodexo, a food services and facilities management company, at the Orange County Convention Center.

In both cases, the union is proposing an $18 an hour minimum wage effective in the first year of the contract.

Disney World workers in 2018 approved a contract with service workers that raised the starting minimum wage to $15 an hour over three years while enabling Disney to use more part-time workers and require new workers to stay in their positions longer before transferring.

Local 737 said that although a wage of $15 an hour was enough three years ago, “with skyrocketing rent, food, and gas prices in the last three years, it’s no longer possible to survive with those wages.”

In an emailed statement, Disney said company officials had offered a “meaningful” wage proposal that would give workers a starting minimum wage of $20 an hour for full-time, non-tipped positions by the end of the contract.

“If our offer is accepted, our wages will continue to outpace Florida minimum wage by at least $5 an hour,” the statement said.

Even as theme park business and hotel occupancy have returned to pre-pandemic levels, service industry workers are struggling to pay rent, have skipped meals and medicine and have been forced to take second jobs, according to the union.

Before the pandemic, workers with families in the $15 to $16.50 an hour wage bracket could pay their bills. But with inflation causing the price of food and gas to shoot up, an employee earning $15 an hour full time currently makes $530 less than the worker would need to pay for rent, food and gas each month, Local 737 said.

“For many tourism workers — many of whom were already living paycheck-to-paycheck — living expenses have gone from difficult to nearly impossible to pay,” Local 737 said in the report.