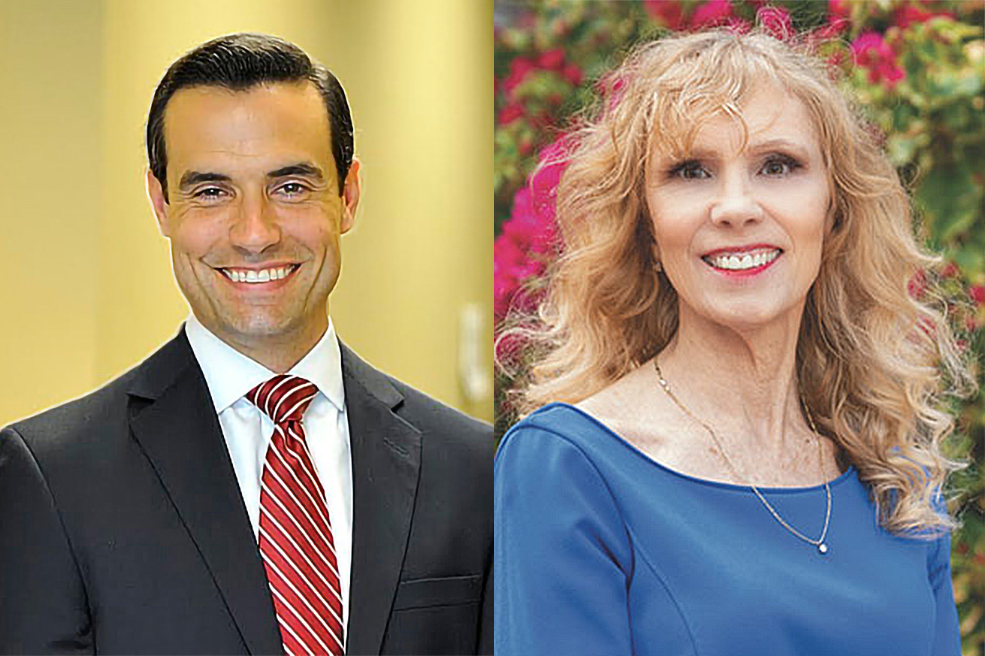 No other race for Palm Beach County legislative seats drew as much money as this one in the county's south end.

For the first time in memory, South Palm Beach County — long a Democratic stronghold — will be represented by a Republican.

Their contest for the open seat was the most expensive legislative General Election race in Palm Beach County, touched off when Democrat Rep. Emily Slosberg-King announced she was retiring.

The newly drawn district, covering Boca Raton, Highland Beach and parts of west Boca, became a decidedly lighter shade of blue in the decennial legislative redistricting process this year. Gossett-Seidman, a writer and journalist by trade, appeared to be the underdog in this race. The district went for President Joe Biden by nearly 5 points in 2020, according to Matt Isbell, an elections data expert with MCI Maps.

“Our Team crafted a solid game plan to capture the spirit and votes of the great people of District 91,” she wrote, underneath a photo of the victory party at her house. “I am grateful for everyone’s support!”

Later, she said, “For the amount of work we put in, I hoped it (winning) would be the outcome.”

Thomson, a lawyer, had drawn higher-profile endorsements and collected much more in outside donations. Gossett-Seidman raised $112,495 from outside sources, in addition to the $200,000 she loaned her campaign. Thomson, meanwhile, raised $424,297 between his campaign and his political committee, Running with Andy Thompson. He also loaned his campaign $30,000.

In an email to supporters Wednesday, he called elected service, “the honor of my life.”

“While I am disappointed with the results last night, I am encouraged by the enthusiasm I have seen across District 91 for the issues that unite us,” said Thomson, who did not identify himself as a Democrat in his TV spot. “I am proud of the campaign we ran and am extremely grateful for all the support I have received during this experience.”

The Florida House Republican Campaign Committee (FHRCC), donated $49,000 to her campaign and gave another $74,710 in kind support. The Republican Party of Florida contributed $28,750 in in-kind support as well.

“Tonight, was a resounding affirmation of conservative leadership. Florida House Republicans, under the stewardship of Speaker-designate Renner, now has 85 Republicans, giving House Republicans a significant majority,” said Rep. Daniel Perez, who is in line to be House Speaker during the 2024-26 term.

The Moms Demand Action Gun Sense Candidate program has designated him as a candidate who will govern with gun safety in mind. And Ban Assault Weapons Now has also endorsed Thomson.

previousSunburn — The morning read of what’s hot in Florida politics — 11.9.22