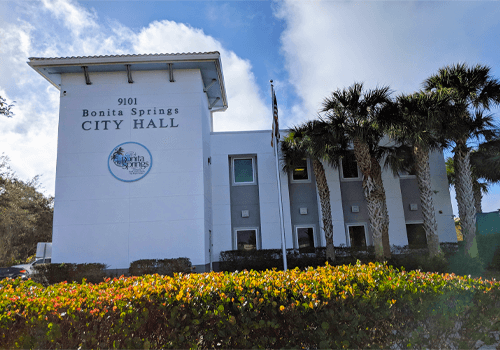 Municipal candidate spends six figures on a race with just over 3,500 votes — and loses.

What’s harder than losing an election? How about putting up $100,000 of your own money and burning through it in two weeks just to come up short?

A Bonita Springs City Council race pitted Jamie Bogacz against Eric Olson for an open seat representing District 1. Bogacz came out on top, with 2,181 votes to Olson’s 1,442. But what’s astonishing about the race is the price spent per vote. Olson reported $101,000 raised for the race, all out of pocket.

“Last night’s election results are clearly disappointing. As a political outsider, I had really hoped to bring about the new perspective in leadership Bonita Springs so desperately needs,” Olson said. “Unfortunately, my opponent had significant financial support from special interest groups and elected officials.”

Moreover, what made Olson’s spending on a seat that pays $1,561 a month, according to the Fort Myers News-Press, was the time frame for the spending. Olson only reported $1,000 in his coffers until the final reporting period. Then he reported a $100,000 candidate loan on Oct. 28, just 11 days before the election. Almost all of that money was spent with Southeastern Strategies in Fort Myers.

State Rep. Adam Botana, a Bonita Springs Republican, has known Bogacz for years and encouraged her to run for the municipal race.

He was pleased to see Bogacz successful despite being outspent, but recalls the shock when the six-figure loan was reported.

“We didn’t hear nothing from this gentleman,” Botana said. “Then the guy put in $100,000 with two weeks to go, was doing mailers and was reporting zero of that until then.”

He recalls Bogacz was nervous about the rush, especially as mailers, some of them negative, hit mailboxes. But Botana said the campaign just stayed the course of traditional outreach. Bogacz worked with TM Consulting in Fort Myers to work the race.

Botana said he heard some reports of voters having to wait two hours in line. But overall, the election ran smoothly.

The Bonita Springs elections appeared at the bottom of a lengthy ballot, below statewide races, county offices, constitutional amendments and retention votes on judges.

Olson’s election relied on a strategy of saving all resources for a massive push as early voting took place. But even with a six-figure spend behind it, that didn’t work out as planned.

To Botana, that’s a blessing. “She (Bogacz) beat him 60%-40%,” Botana said. “It’s refreshing to see that happen, but in Bonita Springs it has happened before. We have voters that can see through all that.”

Olson, though, feels he still has something to offer voters and said he will remain engaged.

“The fallout from Hurricane Ian did not allow me to meet voters face-to-face and mount the grassroots campaign we intended on running,” Olson said.

“Bonita Springs needs real leadership from people willing to represent the people of the community, not special interest groups. I put my hard-earned money to work in an effort to give the people that type of representation. I will continue to be an active voice in our community and look forward to holding the Mayor and newly elected council accountable in the weeks and months ahead.”