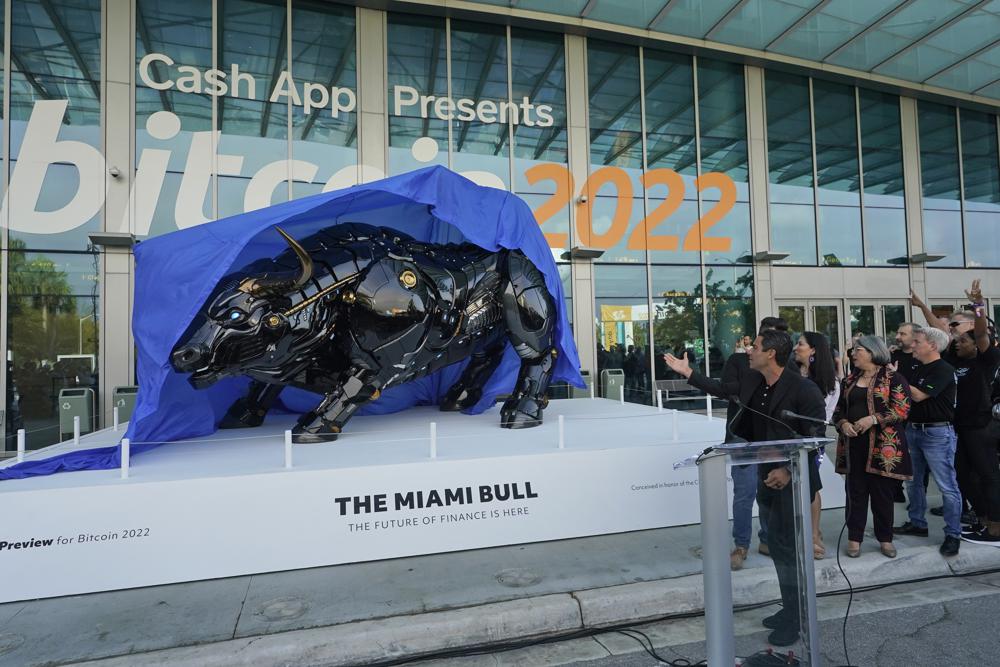 The 5,000 Miami NFTs will be ‘designed by 56 local artists, representing the city’s 56 square miles.’

In the coming weeks, Miami is planning to debut a series of non-fungible tokens (NFTs) ahead of the holiday season.

The offering follows a marked period of turmoil in the crypto market, of which NFTs are a part, the evaporation in value of the city’s trademark cryptocurrency. It will also come shortly after revelations of serious peril for the cryptocurrency exchange FTX, which last year secured a nine-figure, 19-year deal with the city and Miami-Dade County to rename the Miami Heat arena.

Miami Commissioners OK’d plans in late July to roll out the NFTs through a partnership with TIME Magazine, Mastercard and Salesforce. The goal of the program, Mayor Francis Suarez said at the time, is to use the NFT sales to generate revenue for the city, local artists and nonprofits.

Investing information website Investopedia defines NFTs as “cryptographic assets … with unique identification codes and metadata that distinguishes them from one another.” They are often represented by visual artwork and kept on a blockchain, a decentralized, digital ledger that tracks crypto-asset transactions and ownership.

NFTs have been around for close to a decade, though their popularity spiked by 21,000% with $17.6 billion going toward their trade in 2021, according to a study by French research firm L’Atelier.

Critics have likened the tokens to “digital Beanie Babies,” referring to the collection craze of the small, plush toys in the 1990s that some cite as the world’s first internet sensation.

Whether or not NFTs will go down as another fad isn’t yet known, but that uncertainty hasn’t stopped big names from getting in on the action. Actor William Shatner of “Star Trek” fame sold 90,000 virtual trading cards in 2020 for $1 each. Electronic musician Grimes sold $6 million worth of her digital in February 2021, including a video clip featuring winged cherubs floating in pastel dreamscapes that went for $389,000.

Clips of NBA star LeBron James dunking sold last year for as much as $225,000. Actress Lindsey Lohan sold an image of her face. People can also buy virtual land in video games and meme characters like Nyan Cat.

The 5,000 forthcoming Miami NFTs will be “designed by 56 local artists, representing the city’s 56 square miles” and kept on the blockchain Ethereum, a Miami press note said.

TIME Magazine committed in July to investing more than $514,000 to the program with an expectation that it will recoup the money through NFT sales. Miami will split NFT sale revenue beyond that sum between the city (50%), local artists (25%), TIME Magazine (15%) and local charities (10%).

The NFT rollout follows efforts in part led by Suarez’s Venture Miami initiative to transition some city revenue streams and resident services  to Web3, a conceptualized new internet also known as Web 3.0. Coined by Ethereum co-founder Gavin Wood in 2014, proponents see Web 3 as a way to upend the current internet model that has been in place for nearly two decades and wrest content and information control from a small number of “Big Tech” companies.

“Miami has been on the vanguard of the Web3 revolution and we will continue to employ these new technologies to support our existing business while attracting new ones, raise capital and provide experience for our citizens and those visiting this great city,” Suarez said in announcing the NFT program. “At the same time, we can also use this novel approach to support local artists and charities.”

TIME President Keith Grossman said the NFT offerings “will provide a unique opportunity for the city of Miami to build deeper connections with residents and visitors alike.” It’s “the first move in a new venture for TIME,” he said, calling Miami “a leader in Web3 innovation.”

The NFTs are set to arrive around the same time as the city’s three-day MiamiWeb3 Summit, which will take place at the end of November at the InterContinental Miami Hotel and be co-hosted by blockchain company CTH Group. Speakers include Suarez, U.S. Sen. Cynthia Lummis of Wyoming, venture capitalist Tim Draper and Academy of Motion Picture Arts and Sciences CEO Bill Kramer, among many others.

But there is likely to be a pall over the summit and NFT release, both of which come months after the value of the city’s cryptocurrency, MiamiCoin, plummeted nearly 99%.

Suarez, who in October 2021 likened the potential profits MiamiCoin could produce to those of “an oil-producing country,” said he was disappointed with the steep devaluation but remains optimistic about how crypto can help the city and its current residents.

He pointed to more than $5 million set aside for rental assistance for city residents that Miami Commissioners accepted last year from CityCoins, the group behind MiamiCoin.

“MiamiCoin can make you a millionaire — if you started out as a billionaire,” Billy Corben, one of Miami government’s most outspoken critics, wrote on social media.

Urban technology researcher Mike Bloomberg told the Miami Herald the city should have been more careful before taking money from the project and promoting MiamiCoin to investors.

“It was an incredible lack of diligence on the city’s part,” he said.

Further crypto-based financial troubles may soon hit the city and county. Last year, Miami-Dade Commissioners approved a deal to rebrand the home of the Miami Heat as FTX Arena after the Bahamian cryptocurrency exchange FTX.

The deal, which marked the first arrangement under which a United States sports arena would bear the name of a crypto market, was expected to yield the county $90 million of a $135 million arrangement through 2040.

That money may no longer be such a sure thing.

He said FTX needed about $4 billion in the short term to remain solvent, offering, “I f***ed up.”

Where did all that money go? The Wall Street Journal reported Thursday that FTX lent billions of dollars worth of customer assets to fund risky bets by its affiliated trading firm, Alameda Research.

Federal authorities are now investigating FTX, whose user base is fleeing to other trading platforms like Robinhood, Coinbase and Binance, which on Wednesday rescinded an offer to take over the struggling exchange.

“In the beginning, our hope was to support FTX’s customers to provide liquidity,” Binance said in a statement. “But the issues are beyond our control or ability to help.”

The deal’s collapse led to a nosedive in cryptocurrency values. Bitcoin fell 15% Wednesday, following a 13% dip Tuesday as word of FTX’s troubles emerged. Ether, the signature currency of Ethereum, plunged 30% in value since Tuesday and was on the verge of trading below $1,000. Both cryptocurrencies have since rallied by 9.6% and 18%, respectively.

previousDiagnosis for 11.10.22: Checking the pulse of Florida health care news and policy