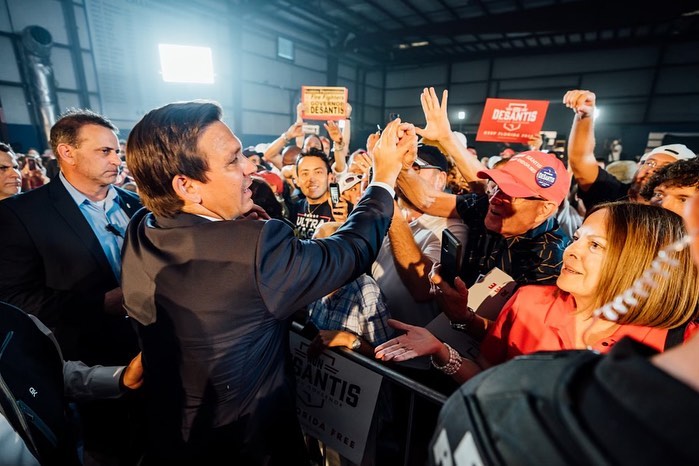 Lone Star State Republicans are turning away from Trump.

The latest example comes from Texas, where a new survey of Republicans conducted by the Texas GOP and CWS Research shows DeSantis ahead of Trump if the two were in the same GOP Primary in 2024.

In a field including Trump and a number of other candidates, DeSantis holds a double-digit lead, with 43% support being good for an 11-point lead over Trump. Aside from DeSantis and Trump, no other contender polled above 5%.

The latest Texas poll shows gains for DeSantis and attrition for Trump compared to those earlier in 2022. As recently as July, Trump held a 19-point lead over DeSantis with the same pollster. The results suggest a 30-point shift toward the Florida Governor in recent months in Texas.

This survey was in the field Nov. 11 and Nov. 12, representing one of the first post-Midterm Election attempts by a state pollster to track the changing 2024 dynamic amid a Republican wave that didn’t materialize.

But the newest poll is not without precedent. It tracks with a national poll from YouGov showing DeSantis leads Trump by 7 points, with bigger leads among people who don’t consider themselves “strong” Republicans. It also accords with polling from Florida and Georgia before the election showing Trump losing his grip over the GOP.

Trump has attempted to warn DeSantis out of the race. The former President has excoriated DeSantis at rallies, in interviews, and on his Truth Social platform.

“Governor Ron DeSanctimonious, an average REPUBLICAN Governor with great Public Relations, who didn’t have to close up his State, but did, unlike other Republican Governors, whose overall numbers for a Republican, were just average — middle of the pack — including COVID, and who has the advantage of SUNSHINE, where people from badly run States up North would go no matter who the Governor was, just like I did,” read one part of a Trump rant a few days ago.

Trump is slated to announce 2024 plans Tuesday night at Mar-a-Lago, and one expects criticisms like this to recur, especially given what has to be a troubling polling trend for the 45th President against his one-time protégé.