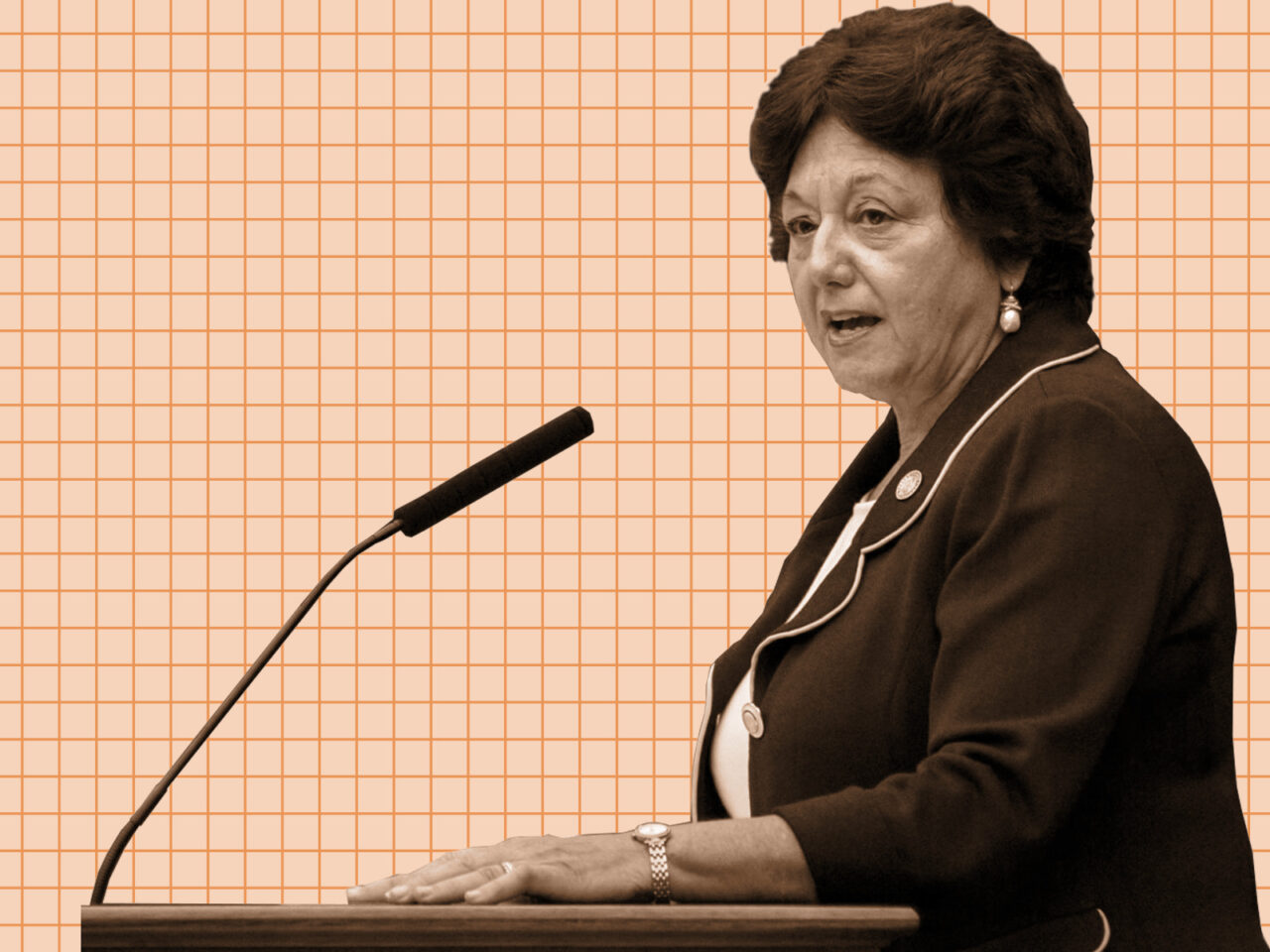 Senate President-designate Kathleen Passidomo will lead a Republican supermajority in the Senate for the next two years. Now, she’s announcing the half dozen Republicans — out of 28 total in the chamber — who will make up her leadership team.

The Naples Republican tapped Sen. Dennis Baxley, an Ocala Republican, to serve as Senate Pro Tempore for the 2022-24 term.

“Senator Baxley is a man of great personal faith, deeply committed to his family and community,” Passidomo wrote in a memo to Senators.

“Over more than 50 years of marriage, Dennis and Ginette have welcomed many children and grandchildren into their home, as well as numerous foster children, including several with physical challenges. Many of their foster children have chosen to make their permanent home with the Baxley family, which is a testament to the beautiful family Dennis and Ginette have created.”

She lauded Baxley’s record on anti-abortion legislation, and noted his long service in the House and Senate.

“I have served with Senator Baxley throughout my entire time in elected office,” Passidomo wrote. “We came into the House together in 2010, and were elected to the Senate in 2016. I know he deeply respects each Senator, as well as our processes and traditions. Additionally, serving as the Pro Tempore will be a familiar role for Senator Baxley who served as Speaker Pro Tempore under now U.S. Senator Marco Rubio.”

Notably, his 2010 House win marked a return to Tallahassee for Baxley, who had previously served in the House from 2000 to 2007.

Passidomo recognized Sen. Travis Hutson, a St. Augustine Republican, as the Dean of the Senate. Notably, Passidomo and Hutson competed for the role of Senate President for the coming legislative term. He won election in a Special Election in 2015 and is entering his last two years of service before facing term limits despite being among the chamber’s youngest members.

“Over the years, I have watched Senator Hutson master some of the most technical and complicated issues that have come before the Senate,” Passidomo said.

“From his work with President Simpson over several terms to negotiate a new gaming compact with the Seminole Tribe, to his passion for protecting the integrity of our elections, enhancing workforce education options, and protecting the rights of small businesses, Senator Hutson has long been a go-to Senator for tough issues and leadership priorities. He has a keen knack for bringing stakeholders to the table, listening, and working to find common ground.”

“Throughout her years of service, Senator Mayfield has gained the respect of Senators on both sides of the political aisle by listening to the concerns each Senator brings forward and working to build consensus,” Passidomo wrote.

“She is committed to a thoughtful and fair application of our procedural guidelines that will allow all Senators to advocate for their positions within the confines of the Rules we agree to follow. As a former Rules Chair, I understand the responsibilities of the position and appreciate Senator Mayfield’s ability to remain thorough, deliberative and decisive, regardless of the circumstance.”

She selected Sen. Doug Broxson, a Panhandle Republican, to serve as Senate Appropriations Committee Chair, one of the most powerful positions in the Legislature. She noted his record running the Senate K-12 Appropriations Subcommittee as a solid training ground.

“It is a tough job with no shortage of worthy investments to consider. Senator Broxson really took time and learned as much as he could about how we teach our students to read,” Passidomo wrote.

“We know identifying a struggling reader early can change a child’s entire life, and I appreciate the passion Senator Broxson has for this critical issue. His approach to the K-12 budget showed me that Senator Broxson is not content with simply re-adopting the status quo. He wants to dig deep and innovate, and that is exactly what we need at this important time in our state.”

Sen. Ben Albritton, a Wauchula Republican in line to succeed Passidomo as Senate President, will take over as Majority Leader. There, Passidomo said he will champion conservative values.

“Like so many, Senator Albritton answered the call to public service because he saw the impact of government on his family’s business. Throughout his years in the House, and here in the Senate, he has always been a strong voice for the private sector businesses who create the jobs families and communities need to thrive,” Passidomo said.

“He is an advocate for living within our means and keeping taxes low, because he understands every dollar government has to spend is taken from a family or business who earned it. He is a strong ally for parents because he understands the rights and responsibilities that come with raising a child belong to parents, not the government. This election made it abundantly clear Floridians are tired of the “government knows best,” approach coming from Washington, and are instead looking for leaders who defend the right to parent and the opportunity to build and grow a business.”

“Even with his tremendous success, Senator Perry has never forgotten his roots,” she said.

“During the pandemic, he fought hard to keep Florida free and open because he believes in the dignity of work and believes government should never take away the right of a person to provide for their family. Senator Perry is often a man of few words, but when he speaks, everyone listens. He has always been a strong advocate for the hardworking, blue collar men and women of our state, especially skilled laborers who are willing to do the difficult and dangerous work needed to keep our communities growing. His common sense perspective on a variety of issues will be an incredible value to my leadership team.”