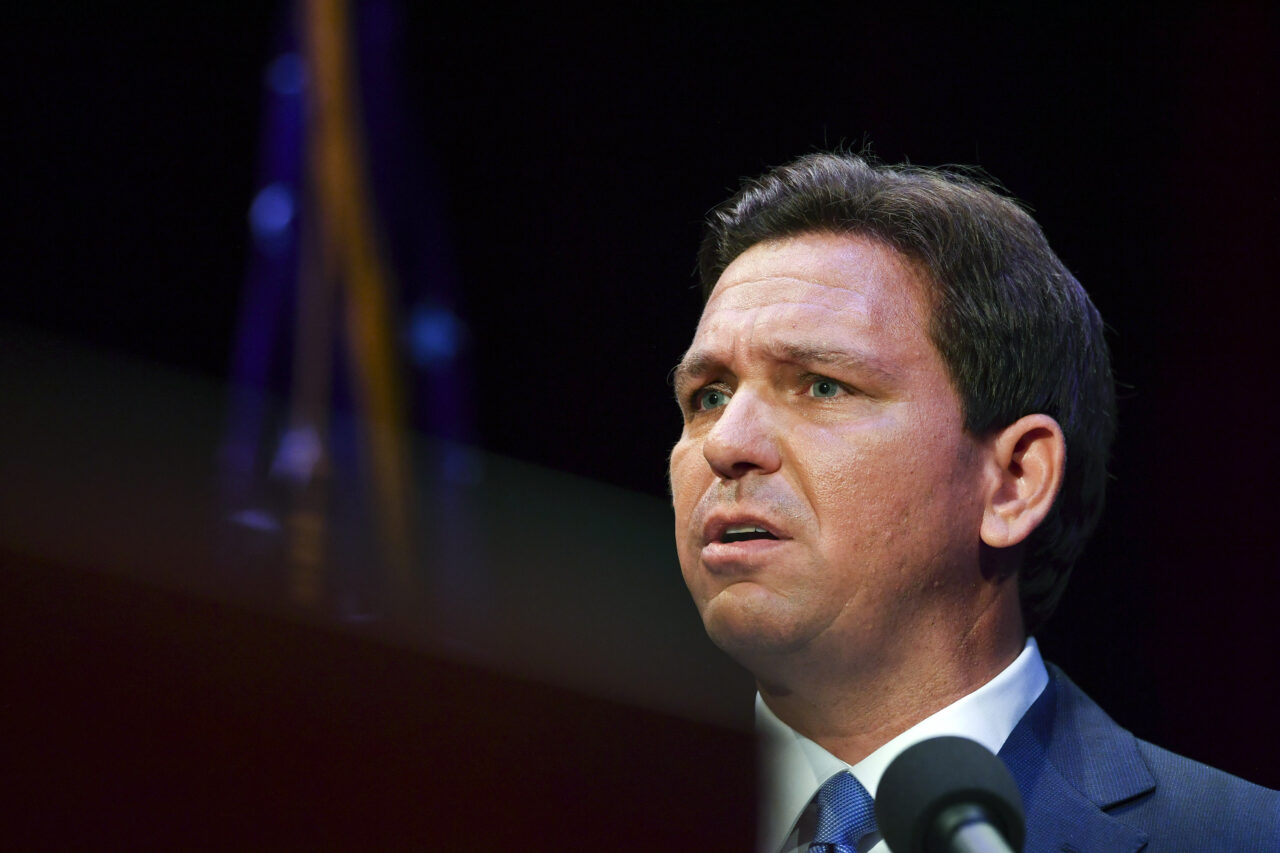 A post-Trump vision for the GOP from 'America's Governor'?

Gov. Ron DeSantis is taking the high road amid “incoming fire” from former President Donald Trump while suggesting that Florida offers a “blueprint” for how Republicans can win in the modern era.

“Florida, I think, really shows the blueprint of what you can do to not only win but really to fundamentally change the overall political terrain in a very strong, pro-freedom direction,” DeSantis told reporters and supporters Tuesday in Fort Walton Beach.

The Governor sidestepped questions about recent attacks from the man whose endorsement was key to his political ascent in 2018. He did not insult Trump, continuing the contrast between his muted response and the former President’s antics ahead of an expected campaign launch Tuesday evening.

“One of the things I’ve learned in this job is that when you’re leading, you’re getting things done; you take incoming fire. That’s just the nature of it,” DeSantis said, describing being “attacked by corporate media” at some length without mentioning the Trump put-downs of late.

“All that’s just noise,” DeSantis said, before eventually pivoting to a discussion of election results from last week.

“At the end of the day, I would tell people to check out the scoreboard from last Tuesday night. The fact of the matter is it was the greatest Republican victory in the state of Florida,” DeSantis said, noting legislative supermajorities, school board wins, and congressional flips as part of the “sweep.”

DeSantis took a question from a supporter in the crowd about the tension created between Trump and the Governor. DeSantis again offered moderating rhetoric, while also seemingly suggesting the time has come for a different course than Trump would take.

“I think some of this stuff gets overdone in some of the media,” DeSantis argued. “At the end of the day, you had an election nationwide. There were some success stories across the country. I think Georgia Governor, Ohio, I think Texas. But there were a lot, a lot of disappointments. That’s just the reality. It was a hugely underwhelming, disappointing performance.”

“The one place that people can look to as the blueprint is Florida,” DeSantis said, noting very close elections through 2018 in major statewide races.

“My race was less than a point in 2018,” DeSantis added, who did not address a recent unsubstantiated claim from Trump that he stopped DeSantis’ election from being stolen.

“If people see that you’re leading, and they see that you mean what you say and you say what you mean and that you’re willing and able to deliver results, we get people to vote for us who may not be in our party. That’s what you really need to do. You don’t win by a million and a half votes if you only get your own party.”

DeSantis recounted victories in usually blue counties and among women and Hispanic voters, before offering another contrast to his style that won Florida elections and the less electorally successful campaigns elsewhere.

“What Florida showed is that the good policies and the good leadership can reverberate just beyond your little silo of the people that agree with you on everything,” DeSantis said.

While other Governors succeeded with “similar programs,” DeSantis noted many candidates didn’t have a positive message to reach independent voters.

“I think some of the others around the country, you had situations where these independent voters aren’t voting for our candidates, even with (Joe) Biden and the failures we’re seeing. That’s a problem.”

DeSantis’ response at a Panhandle presser comes after Trump thumped him as simply an “average Republican Governor” in recent days. Meanwhile, polls are showing Trump losing to DeSantis in a series of hypothetical 2024 Primary contests.