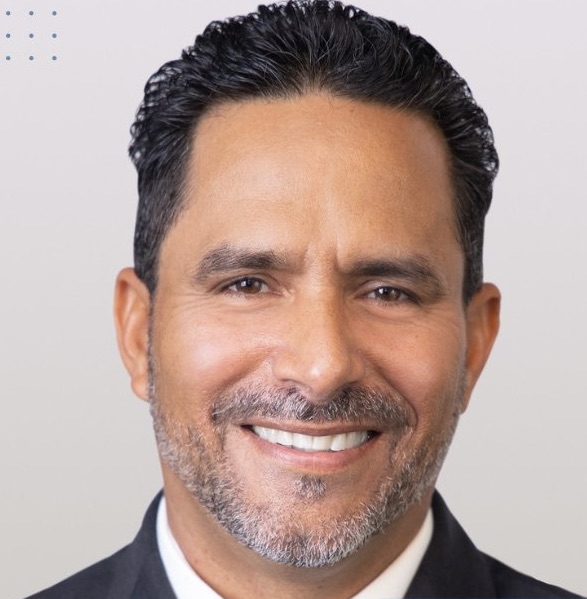 Rodney Velez's ineligibility for office could give Ron DeSantis another appointee on the turmoil-racked Board.

Gov. Ron DeSantis might be appointing another Broward County School Board member — his sixth in the last year — because one of those elected to the Board has not had his civil rights fully restored from a 1995 felony conviction.

Rodney Velez of Hollywood, who was elected to represent District 1 on the School Board, acknowledged to the Sun-Sentinel Tuesday morning that, although his right to vote has been restored, he has not gone through the process that would qualify him to hold office.

“I’m not going to break the law,” he told the Sun-Sentinel. “I’ve been waiting for things to happen. I’m still waiting. I still have time. It’s not like today is the last day.”

How much time he has, however, is not clear. An inquiry to the Governor’s Office Tuesday morning was referred to the Department of State. That inquiry has not yet been answered.

If Velez took office without going through the required restoration of rights, he could be charged with a third-degree felony, according to the Sun-Sentinel.

Velez said he does not intend to resign. The second-place finisher in the election for the seat has filed suit against his election.

Tuesday’s swearing in for three newly elected members and two re-elected ones comes at a critical crossroads for the district. Four members were elected on Nov. 8 to replace appointees that the Governor put on Board. They replaced members the Governor suspended in the wake of a grand jury report that found they neglected their duty in pressing for facility improvements voters authorized in 2014. Those four appointees joined another Board member DeSantis appointed to take the place of Sen. Rosalind Osgood, who resigned to run for state Senate, forming a majority on the Board.

At the last meeting of the so-called “Reform Board,” the DeSantis-appointed majority ousted Superintendent Vickie Cartwright, with the four elected holdovers on the Board opposed. One of the first major decisions the Board will make will involve Cartwright’s continued employment as her contract required the district to give her 60 days’ notice following dismissal.

Nine months ago, Cartwright replaced Superintendent Robert Runcie, who was a part of the grand jury investigation, arrested for perjury and then dismissed from his position. Her tenure has been marked by controversy, however. While she was interim Superintendent, the Broward County School Board became the first district to require students to wear masks to school, in defiance of the Governor’s executive order against any mask mandate.

At Tuesday morning’s ceremony at Fort Lauderdale High School, most of the newly sworn in Board members avoided directly addressing the controversy, except for Allen Zeman, who will be sitting in the seat representing the whole county. He said the time has come to “be real” about the greatest threat to the school district.

“Our Board could be dismissed and placed in the form of receivership,” Zeman said. “That existential threat should prove to build some urgency to build a faster, more agile and more effective school system. We’re at risk as an independent school system and we must act accordingly.

“We don’t have time for drama and intrigue, ethical lapses and misplaced priorities,” he continued. “We have to focus on tangible, measurable progress that our students in our schools in our community deserve.”

New Board member Brenda Fam, elected from the southwestern part of the county, asked her supporters if they wanted change and urged them to yell louder.

“I’m part of a political party that’s in the minority here,” said Fam, referring to how Broward County is considered one of Florida’s few where the Democratic Party dominates. “You elected me because you want change. Understood.”

Also sworn in at Tuesday’s ceremony:

— Lori Alhadeff, who was re-elected to represent District 4.

Torey Alston, a DeSantis appointee to the Board, will remain, serving out the remainder of suspended Board member Patricia Good’s term which goes until 2024.

Without the DeSantis-appointed majority, Alston was voted out of his position as Chairman at the new Board’s organizational meeting immediately following the swearing in. Alhadeff and Board member Debra Hixon were elected as Chairwoman and Vice Chairwoman, respectively. The two women were among those galvanized to action after losing loved ones in the 2018 shooting that left 17 dead at Marjory Stoneman Douglas High School.

Later, during the public comment period, Velez addressed the Board.

“I look forward to being on the dais soon,” Velez said. He then went on to explain he has two children attending Broward schools.

“Regardless of whatever happens to me, I’m still going to be around,” he said. “You’re not going to get rid of me. My voice will be heard.”

previousKathleen Passidomo voted in as Senate President in organizational session