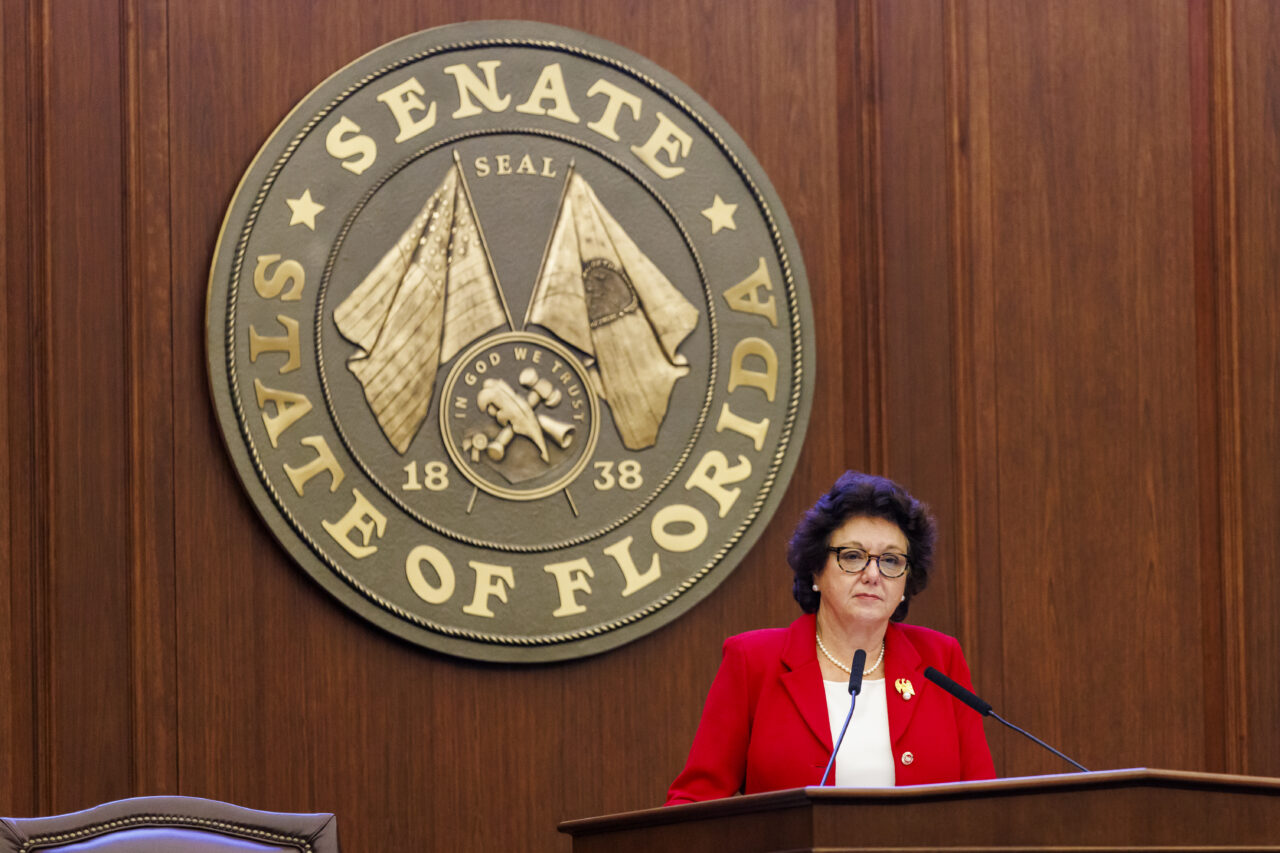 As a group of about two dozen anti-abortion protestors chanted “make Florida totally abortion free,” Sen. Kathleen Passidomo was formally sworn in as Senate President, making her the third woman to preside over the chamber in the state’s 177-year history.

In her speech, the Naples Republican — whose home was damaged by Hurricane Ian — focused on the response to that storm, which hit Southwest Florida as a Category 4 hurricane on Sept. 28, as well as other pocketbook issues, such as affordable housing.

“As we look to the future, Florida’s economy is in great shape. Our unemployment rate is a full point below the national rate. The Sunshine State is on track for record growth this year,” Passidomo said. “However, while Florida’s economy is booming, the pain of inflation is very real for Florida families. We see it at the grocery store. We see it at the gas pump. And we certainly see it in the housing market.”

Despite Passidomo’s emphasis on pocketbook issues, culture war issues could claim the headlines over the next two years, as the protestors showed, urging the Legislature to pass more abortion restrictions at the outset of the new term.

Florida Republicans passed a ban on abortions after 15 weeks of pregnancy earlier in the year. But that was before the U.S. Supreme Court issued its Dobbs v. Jackson Womens Health Organization decision overturning Roe v. Wade, the decision that originally enshrined the right to an abortion in 1973.

The new ruling left the issue of abortion to the states, and many GOP-run states have already passed more stringent laws banning abortion, or had stricter laws on the books that kicked in when Dobbs was decided. Florida’s law has been challenged in court and was struck down by a trial judge but remains in effect on appeal.

Apart from culture war or pocketbook issues, Passidomo said she was “not interested in food fights between special interests.”

Passidomo presided over a good campaign cycle for Republicans, who picked up four seats, bringing their advantage over Democrats in the Senate to 28-12. That’s a more than two-thirds majority, which will allow the GOP to thwart Democrats’ attempts to stall Republicans’ agenda.

The Legislature isn’t required to meet for a formal session until the next 60-day Regular Session scheduled to begin March 7, but Gov. Ron DeSantis has said he’ll call a Special Session sometime in December to pass tax relief for Hurricane Ian victims and pass changes to property insurance laws.