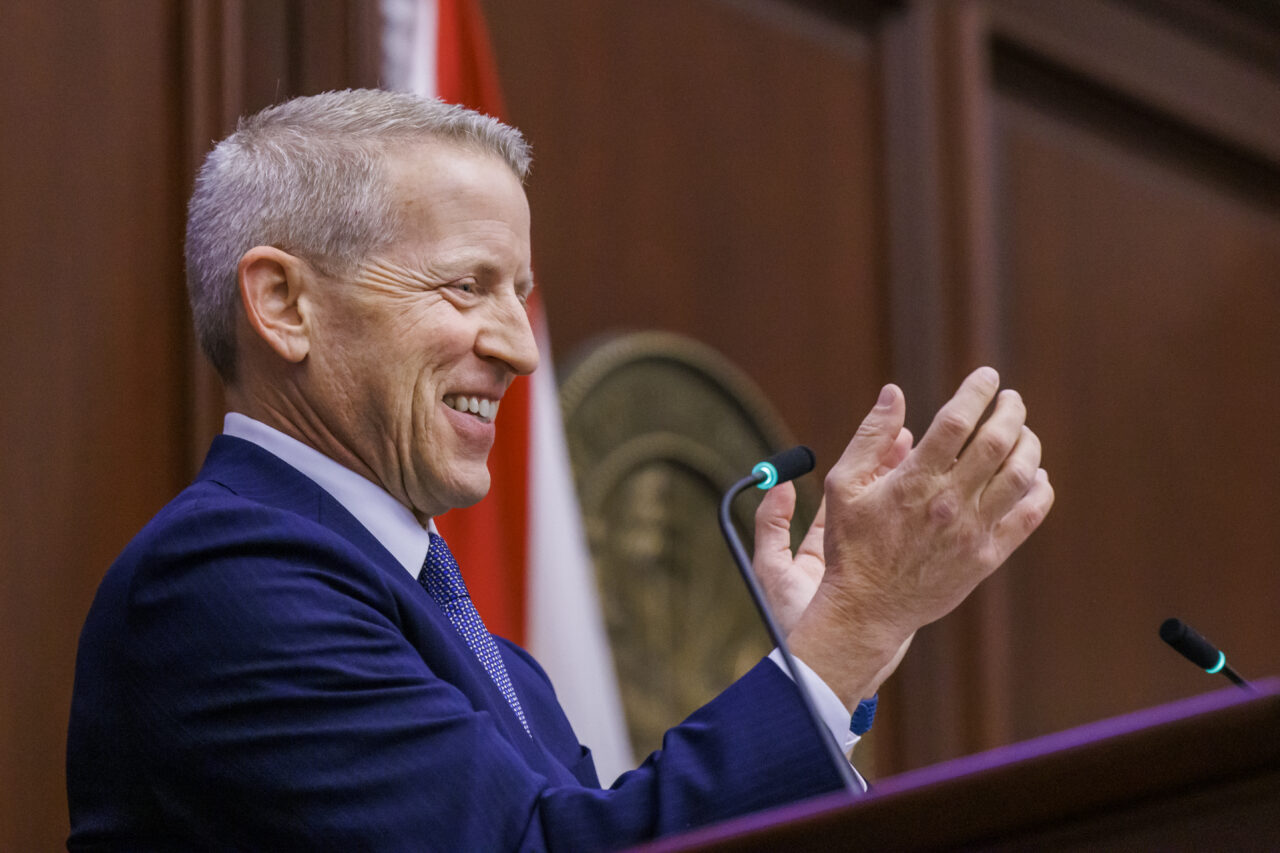 'I also pledge to every member of the minority party that we will have robust debate.'

Paul Renner has been christened House Speaker as Republicans prepare for two years of conservative control over Florida’s legislative agenda.

Taking the rostrum for the first time as Speaker on Tuesday, the Palm Coast Republican said his chamber is ready to deliver a bold agenda promoting economic strength and stymieing social movements in education and business.

Renner’s comments came during the organization session, as officials, family members and dignitaries gathered to celebrate the new class of lawmakers. In the audience was Gov. Ron DeSantis, who will work with Renner and new Senate President Kathleen Passidomo to continue crafting a conservative vision for Florida.

“Along with our great Governor, we will deliver on a bold agenda, securing a future for Florida that is full of prosperity, abundant with opportunity and rich in quality of life,” Renner said.

Republicans grew their majority from 78 of 120 to 85 of 120, picking off two incumbent Democrats and putting the caucus beyond the 80-member threshold needed for a two-thirds majority.

The new House Leader named taxes, inflation and insurance as priorities for the coming two years.

Renner also lodged attacks against measures conservatives and DeSantis have derided as “woke” movements. Ideologues are pushing their politics as a religion and at the expense of education, he said.

“They spend more time defending drag queen story time than promoting phonics and the science of reading,” Renner continued. “In this election, moms and dads sent a clear message to these ideologues: our children are not your social experiment.”

And he linked those “ideologues” to ESG — or environmental, social and corporate governance — investment criteria that DeSantis has promised to tackle in the coming year. Renner called the requirements political dogma and said he wrote a letter Tuesday morning to credit reporting agencies, calling on them to drop such practices.

“We’ll expose ESG for what it is, an ideological sham that hurts all of us,” Renner said.

Renner also announced his intention to convene a Select Committee on Hurricane Resiliency and Recovery following the devastation of Hurricanes Ian and Nicole.

“While the TV cameras have gone,” Renner said, “we will remain laser-focused on the recovery effort.”

With their supermajority, Republicans can shut Democrats out of much of the legislative and debate process, including adding last-minute amendments.

“I also pledge to every member of the minority party that we will have robust debate,” Renner said, drawing laughs from some members.

“Session, members, is our time to come together and to reason together, and these restrictive practices interfere with that,” the Davie lawmaker said. “These rules do not reflect the better values of our historical traditions of this chamber. They do not live up to the task that our constituents set before us.”

Driskell, who also spoke after being introduced to the full House as the minority leader, said her caucus was there to fight for their constituents and those in Republicans’ districts who may seek a different approach.

As anti-abortion protesters chanted in the rotunda, Driskell warned Republicans, who are expected to seek more abortion restrictions after banning abortions after 15 weeks in legislation passed this year.

“If you take us there, we will have no choice but to push back and to hold the line,” Driskell said.

After Tuesday’s ceremonies, DeSantis tweeted his congratulations to Renner and Passidomo on their ascension to the top of legislative leadership.

“I look forward to working together with our historic legislative majorities to continue to keep Florida free,” DeSantis wrote.

Congratulations to Senate President @Kathleen4SWFL and Speaker @Paul_Renner on beginning your terms.

I look forward to working together with our historic legislative majorities to continue to keep Florida free.

nextKathleen Passidomo voted in as Senate President in organizational session