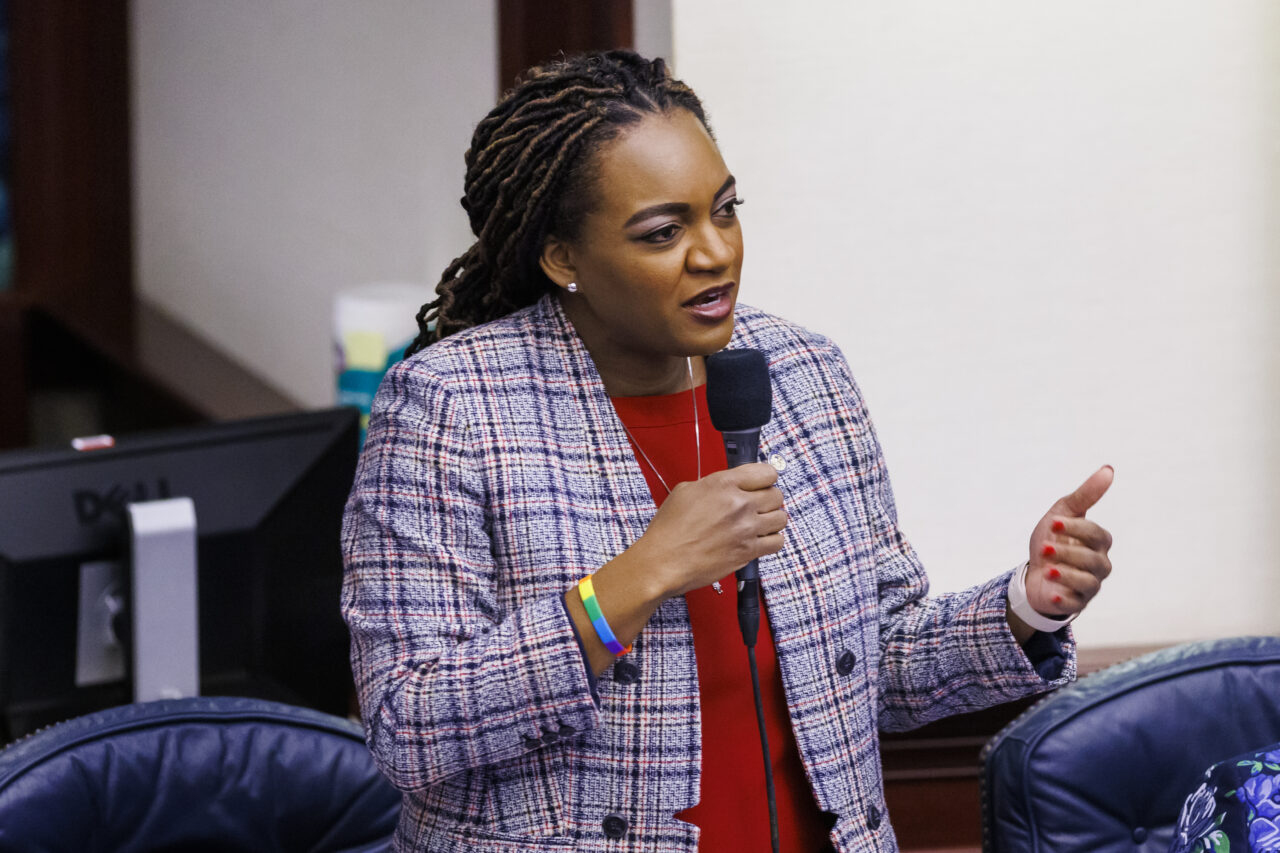 House Democrats have designated Rep. Fentrice Driskell as their Leader for new Legislative Term, selecting her as the first Black woman to lead a party caucus in the Florida House.

While the ceremony Monday evening was a celebration of Driskell’s ascension to power in the minority, Democrats’ losses in the election two weeks ago hung over their early meetings as lawmakers returned to Tallahassee.

During the ceremony, Democrats spoke of storms and fears of the erosion of rights in Florida. Driskell said the moment feels dark, expressing concerns about racial discrimination, antisemitism, abortion, LGBTQ rights and more.

“The people sent you here, and you are called for such a time as this,” she continued.

Republicans grew their majority from 78 of 120 to 85 of 120, picking off Reps. Andrew Learned and Carlos Guillermo Smith and putting them beyond the 80-member threshold needed for a two-thirds majority.

Driskell told the caucus they fight for actual freedom, not the “so-called freedom” pushed by Gov. DeSantis. She argued the red wave that swept Florida two weeks ago doesn’t represent the diverse sentiment of the state, she continued.

Despite Republicans’ underwhelming performance nationwide, Florida was a route for the GOP. Following the election, Driskell said people are asking what happened to Florida Democrats, and she likened the challenge of breaking Republicans’ bind to that of untying the Gordian Knot.

“We have ideas of substance. We have a message of hope,” Driskell said. “We must lash through that knot, though we may not cut through it in a single blow or even in a single year or Session.”

Joseph suggested Florida is in the midst of a GOP storm but has forgotten the bigger picture.

“We’re like little grasshoppers in our eyes against these giants,” Joseph said. “I’ll tell you something. Giants were made to fall.”

The ceremony was overseen by former House Democratic Co-Leader Bobby DuBose, who began in the position last term before resigning to run for Congress in a Special Election.

It was as much a celebration of Black “herstory” as it was a history of Driskell.

Colleagues praised the Tampa lawmaker’s history of achievement. In turn, she recognized those who came before her, including Arthenia Joyner, the first Black woman to be Senate Democratic Leader in Florida.

Driskell’s counterpart in the upper chamber, Senate Democratic Leader Lauren Book, attended the ceremony. So too did former Democratic members of the Florida House and outgoing Agriculture Commissioner Nikki Fried.

previousKevin Guthrie to stay on as Division of Emergency Management Director