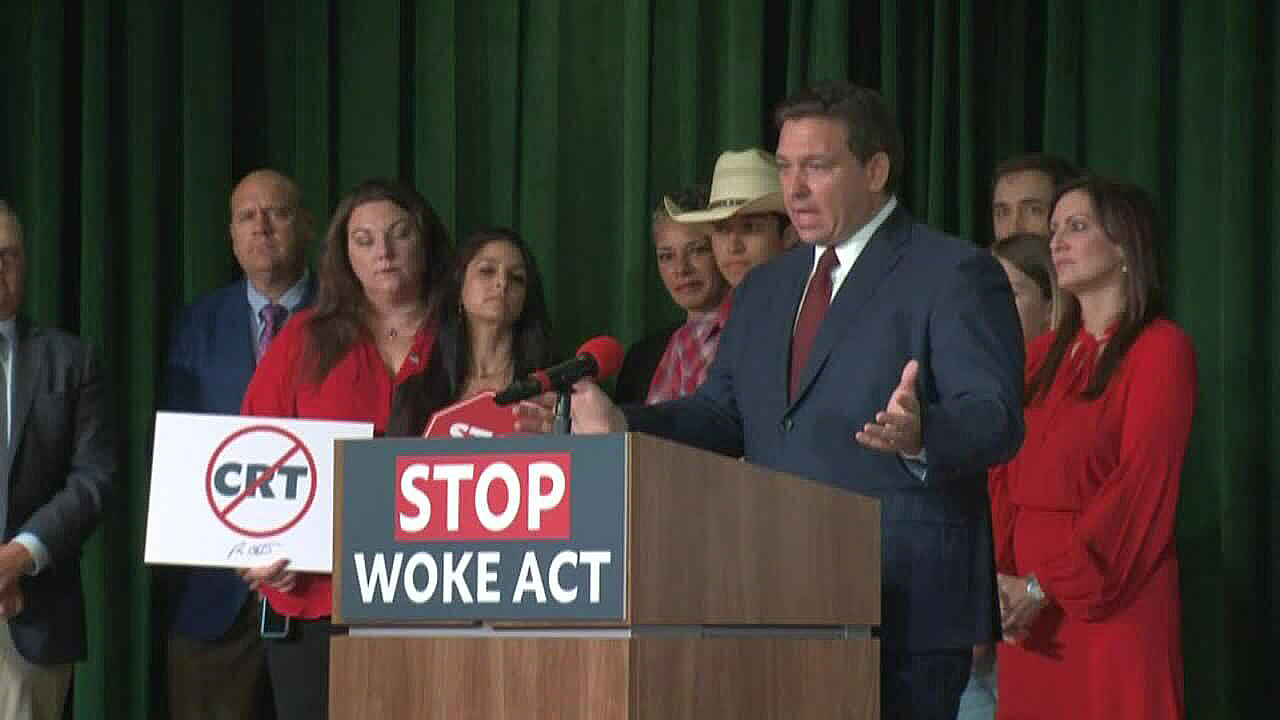 A federal judge called the law 'positively dystopian' and in violation of the First and 14th Amendments.

A federal judge handed the state a defeat in its efforts to stop “woke ideology” at the state’s universities, calling the state’s arguments for the law that restricts instruction on race and history “positively dystopian.”

Chief U.S. District Judge Mark Walker issued a 139-page ruling on what Gov. Ron DeSantis has called the “Stop WOKE” Act The legislation (HB 7), formally called the Individual Freedom Act (IFA), gave students and employees a reason to sue if instruction or training made them feel uncomfortable or guilty because of their race, gender or national origin.

The American Civil Liberties Union of Florida, the Philadelphia-based Foundation for Individual Rights and Expression (FIRE), a University of South Florida professor and a student sued against the law, saying it was a violation of their First Amendment rights and the equal protection clause in the 14th Amendment. It is one of a number of suits the legislation has spawned.

“It is a happy day not only for Sam and me, but for the institutions of this country,” said Adriana Novoa in a prepared statement. “I hope that the courts will defend the existence of a public education that cannot be manipulated by politicians to push any ideology, now and in the future.”

Novoa is a USF history professor of 17 years, who was among the complainants. That group also included Sam Rechek, a USF student who leads the school’s First Amendment Forum.

As the Legislature debated the measure during Session, critics argued it would prevent businesses from training employees to be cognizant of how people who have been historically disadvantaged view the world. They also criticized the measure for the way it would stop schools from teaching about the effects of slavery.

Its promulgators, however, said they were stopping “critical race theory,” which they say teaches students to see the country’s history as systemically racist or sexist.

“We are not going to use your tax dollars to teach our kids to hate this country or to hate each other,” DeSantis said before signing the bill in Hialeah.

Walker’s ruling is a temporary injunction against the law, which means that key parts of the act can’t be enforced at the state’s universities unless it is appealed at the 11th Circuit U.S. Court of Appeals, which is stacked with federal judges appointed by Republican Donald Trump.

Renee Fargason, a spokeswoman for the Florida Board of Governors, which oversees the state’s university system, said the Board doesn’t comment on pending litigation.

The legislation is part of a passel of laws considered part of the “culture war” agenda that won legislative approval. Other items allow for wider challenges of instructional materials and the way sexuality and gender are discussed in public schools.

In his opinion against this law, Walker invoked George Orwell’s preface to his novel, “Animal Farm,” entitled, “The Freedom of the Press.”

“Defendants argue that, under this Act, professors enjoy ‘academic freedom’ so long as they express only those viewpoints of which the State approves,” Walker wrote. “This is positively dystopian.”

“It should go without saying that ‘(i)f liberty means anything at all, it means the right to tell people what they do not want to hear,’” he added.

He noted the law prohibits eight specified concepts. He said, in practical terms, it could mean that if Supreme Court Justice Sonia Sotomayor were invited to speak at the University of Florida Levin College of Law, she couldn’t discuss her own experience described in her memoir, “My Beloved World” because it seems to endorse affirmative action.

“Indeed, in praising the affirmative action policy that opened a ‘special door’ for her, Justice Sotomayor has expressed a viewpoint that the State of Florida deems repugnant and has prohibited,” Walker wrote. “Under the IFA, her words would be per se discrimination if she were to utter them as a guest speaker in a law school classroom.”

The complaint had also been based on how the legislation would have more of an effect on Black educators and students. The ACLU hailed Walker’s decision for those communities because of the way “vague” restrictions would inhibit educators’ ability to teach about the legacy of slavery, white privilege and anti-racism.

“The ability to have honest and open discussions about our history and its impact on Black and Brown communities is crucial to our democracy,” said Jerry Edwards, an ACLU of Florida staff attorney. “When we better understand our country’s past and failures, we allow ourselves the opportunity to pave a better future for all.”

Walker declined to stop the law from being enforced in the state’s K-12 classrooms in this decision, however.

previousUCF gets $10M donation for its new nursing school

nextDiagnosis for 11.17.22: Checking the pulse of Florida health care news and policy