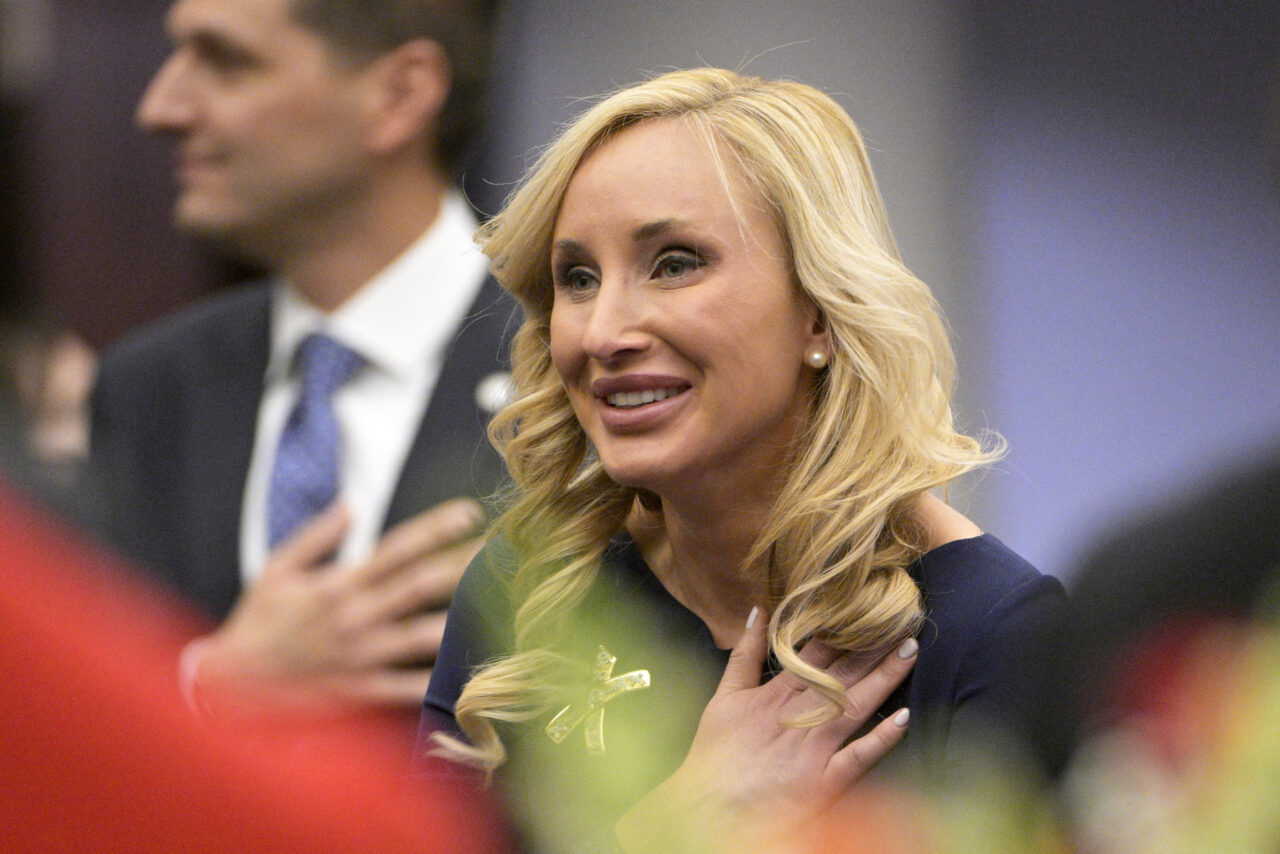 Senate Democrats lost a quarter of their strength during the General Election.

Two weeks after Senate Republicans gained their first supermajority in a decade, the minority caucus has reaffirmed Lauren Book as Democratic Leader for another term.

In a ceremony Monday, as lawmakers return to Tallahassee to prepare for the 2023 Legislative Session, Democrats unanimously elected Book as Leader and Sen. Jason Pizzo as Leader Pro Tempore for the 2022-24 term. With her re-election, Book now shepherds a flock with three-quarters the members she had before the election earlier this month.

Looming over the ceremony were Democrats’ resounding losses across Florida in the 2022 General Election two weeks prior. Republicans grew their majority from 24 of 40 to 28 of 40, picking off Sens. Loranne Ausley and Janet Cruz and giving them one more Senator than needed for a two-thirds majority.

“We may be down, but we certainly are not out,” Book told her caucus, “and what matters now, my friends, is how we rise.”

Pizzo reflected on their legislative losses and outlined the mission for the Democratic Caucus going forward.

“We 12 endeavor to protect the underserved and forgotten, expose inconvenient truths, defend all men and women, resist a pattern of revisionist history — which seeks only to appease other sensitivities by bleaching the struggle and achievements of your ancestors and the stark reality that it was much harder for many of your mothers and fathers to be here and seated in this, the upper chamber of the third largest state in the nation.”

Book described a “war” that has persisted over several months.

“Battles that began inside of this chamber spilled out into Senate districts across the state,” she continued. “And although we fought hard to defend Floridians rights and freedoms to be a strong voice for working people, we have suffered great losses, large losses which will force a fundamental shift in the way we operate on this very battlefield.”

With their supermajority, Republicans will be able to shut Democrats out of much of the legislative and debate process, including in last-minute amendments. It marks Senate Republicans’ first supermajority since the 2010-12 term.

Former Democratic Leader Oscar Braynon emceed the ceremony, much of which also addressed gun violence. Fred Guttenberg, the father of Parkland victim Jaime Guttenberg, addressed the caucus with an opening prayer he said was more a reflection on his faith he has shied away from since Jaime’s death.

“I hope that under the leadership of my friend, Senator Lauren Book, that you all do whatever you must to keep the current administration from forcing dangerous changes that will lead to more gun violence and more funerals related to gun violence,” Guttenberg said.

Republicans, like Senate President-designate Kathleen Passidomo, attended the meeting, as did Democratic members of the House, like Leader-designate Fentrice Driskell. Guests included dignitaries like former Sen. Bill Montford, whose successor, Ausley, lost Senate District 3 to Republicans for the first time in decades.

Despite their statewide losses up and down the ballot, Democrats maintained their faith in Book and her ability to negotiate with Republicans. With Passidomo and Book, both Senate caucuses will be led by women for the first time in Florida history.

Sen. Shevrin Jones, a Miami Gardens Democrat returning for his second term in the Senate, told members that Book was a strong choice.

“When I travel across the state, I often hear from people who say that the Legislature is overwhelmed by partisan tensions,” Jones said. “Confirming Senator Book will help to win back confidence that we can work together to do the right thing.”