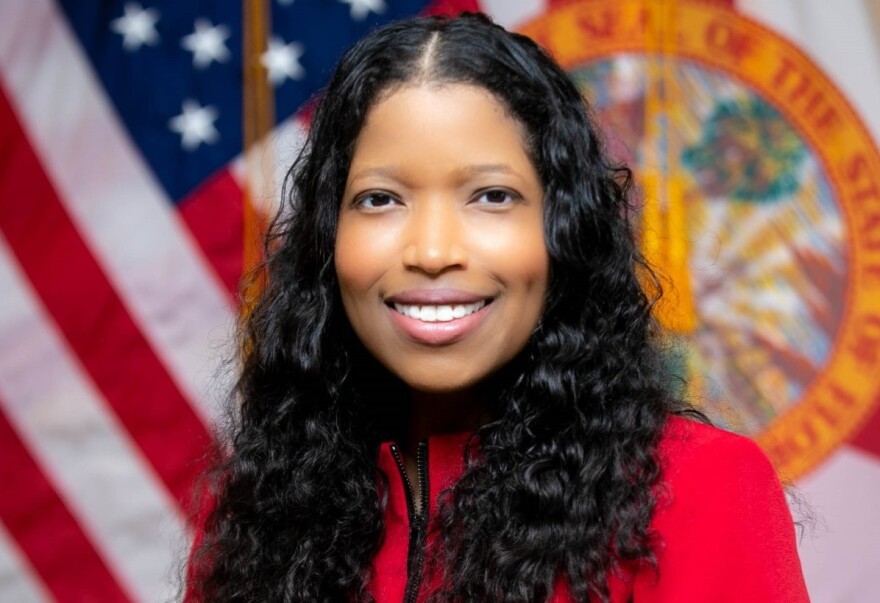 Gov. Ron DeSantis continued his trend of announcing his second term agency heads on social media by informing those in The Process that Department of Children and Families (DCF) Secretary Shevaun Harris is staying on board.

“Shevaun Harris has done an excellent job serving Florida’s families as the Secretary of (DCF),” DeSantis said in a tweet posted Monday. “She has fostered innovation and ensured accountability. I look forward to continuing working with her this upcoming term.”

Shevaun Harris has done an excellent job serving Florida’s families as the Secretary of @MyFLFamilies. She has fostered innovation and ensured accountability.

I look forward to continuing working with her this upcoming term. pic.twitter.com/bwJcdhTQLf

Harris responded by thanking the Governor. “I am honored to continue to serve in your administration,” she said. “With your bold leadership, we have done amazing things for children and families in our great State. Looking forward to the great things that are yet to come!”

Thank you @GovRonDeSantis! I am honored to continue to serve in your administration. With your bold leadership, we have done amazing things for children and families in our great State. Looking forward to the great things that are yet to come! https://t.co/gG6sxOQTjf

Medicaid eligibility determination is expected to be a priority focus following the expiration of the COVID-19 public health emergency, putting DCF in the spotlight.

Harris has a master’s degree in business administration from Quinnipiac University. She also has her master’s in social work from Florida State University where she also earned her undergraduate degree.

Before being named DCF Secretary in February 2021, Harris served as interim secretary of AHCA where she had worked for nearly 20 years and played a role in the procurement of the state’s Medicaid managed care program. She was named interim Secretary at AHCA following the departure of former Secretary Mary Mayhew.

But after former DCF Secretary Chad Poppell resigned, DeSantis moved Harris to DCF and named Simone Marstiller to head AHCA. DeSantis announced last week that Marstiller was resigning after a lengthy career in government and would not be part of his second administration.

Dr. Ladapo has done a great job as @FLSurgeonGen. His evidence-based principles serve as a counterweight to the increasingly political positions of the entrenched medical establishment, especially on schools, masks and mRNA shots.

Happy to announce he’ll return for our 2nd term! pic.twitter.com/q5ZuyeTiFG

Ladapo has been a controversial Surgeon General, bucking the federal government on COVID-19 vaccinations and the efficacy of masks. He also has led the charge to change the standard of care rules to prevent physicians from providing gender-affirming care to minors.

Guthrie has worked in the Division since 2018, when then-Gov. Rick Scott appointed him as Chief of Staff for the agency. He later was promoted in January 2019 by DeSantis to Deputy Director under Jared Moskowitz, who served as the DEM Director for the start of DeSantis’ administration.

Meanwhile, Diaz assumed the leading role at the state’s Education Department in June.

Many top officials routinely leave state government and join prominent lobbying and legal firms in Tallahassee, where they have been able to lobby the Legislature immediately. But Marstiller’s resignation came weeks before a new six-year lobbying ban takes effect. Beginning Jan. 1, 2023, elected and appointed officials will be precluded from lobbying government, including the Legislature, for six years.

Florida law currently only bans agency heads from lobbying their former agency for two years. They are free to lobby the Legislature though.