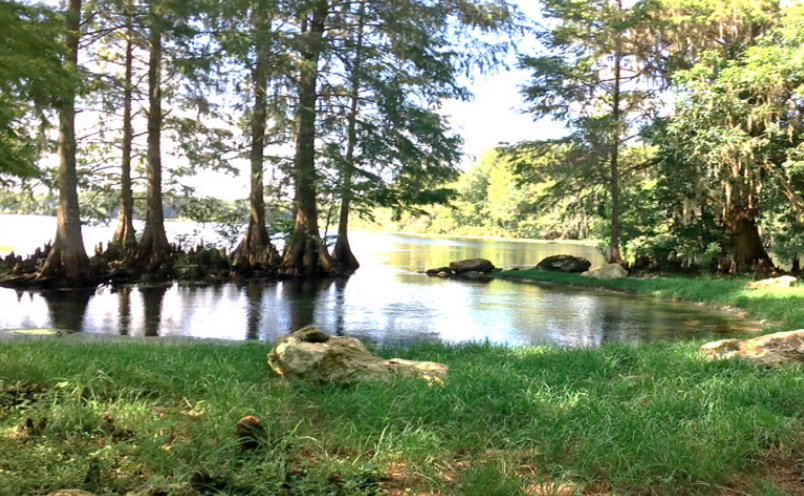 A private property owner requested the designation for the second-magnitude spring.

One Florida spring achieved special protected status at the Florida Fish and Wildlife Conservation Commission’s (FWC) meetings this week in Panama City, while work continues to reach the same protections for a much larger spring in Hernando County.

“The purpose of these zones is to protect and prevent specific types of harm to springs,” said Capt. Rachel Bryant of FWC Law Enforcement. “First-, second-, and third-magnitude springs, their spring groups — including their associated spring runs — may be considered for a springs protection zone.”

These zones are allowed to include vessel speed restrictions, and prohibitions on anchoring, mooring, beaching and grounding. Staff suggested and the Commissioners approved creating a springs protection zone around Nichols Spring in Sumter County.

A private property owner requested the designation for the second-magnitude spring, which is frequented by boaters on the Withlacoochee River. The zone is 150 feet adjacent to the shoreline surrounding the spring and its spring run, along with a tight area around and including the spring boil. Beaching, mooring, anchoring and grounding are banned.

There was a 2012 joint project of the Department of Environmental Protection (DEP) and the Army Corps of Engineers for shoreline restoration and stabilization in the area, around 3,000-plus square feet of wetlands and 150 feet of shoreline. Human activity at the site in subsequent years undid all the progress.

Over in Hernando County, residents have worked toward protections for the Weeki Wachee Spring, starting from the spring boil and including nearly 6 miles of river within the spring run. DEP requested extension of the zone into the State Park.

“This spring and its associated spring runs are very large and heavily trafficked by a variety of user groups, including pleasure boaters, tubers, rafts, swimmers, snorkelers and divers,” Bryant said.

The Hernando County government turned over a 2019 vessel impact study, but work on the agency side of things, reviewing evidence, is still ongoing. FWC staff held a community meeting on the issue in August, and intends to hold another public meeting at some point, along with other continued stakeholder outreach.

“The elected officials of Hernando County who are in charge of the quality of life for the businesses and the citizens of this community, have made a decision that, going forward, they believe this area should be a spring protection zone and we should change the recreational activity. We’re not stopping the access to the river … we’re just changing how the river’s used.”