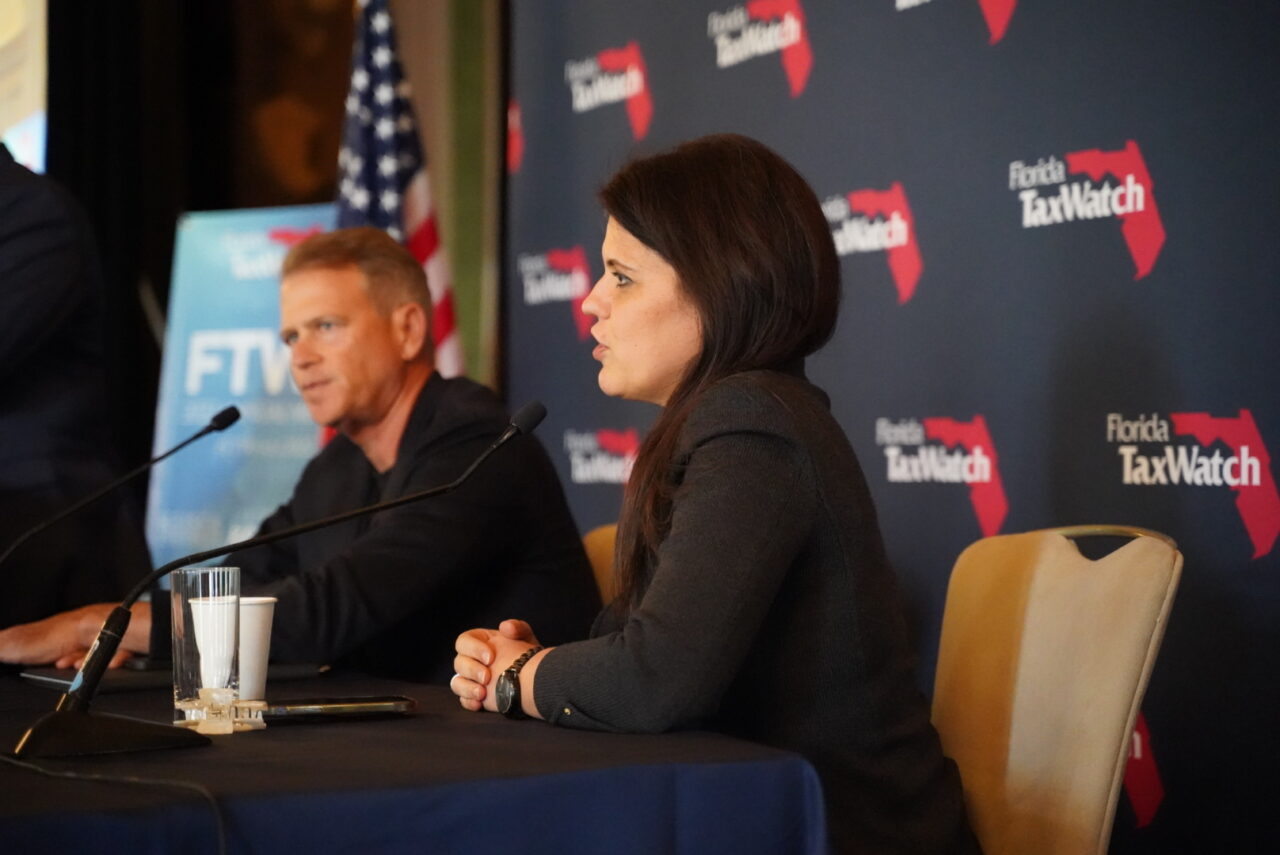 The challenge of affordable housing and the lack of obvious solutions hung over several panel discussions at Florida TaxWatch’s annual meeting.

In the wake of a hurricane and in the face of an insurance crisis, one thing most agreed on is that the problem is an urgent one.

Sen. Ana Maria Rodriguez, a Miami-Dade Republican, expects multiple issues surrounding the cost of living to loom during a Special Session on insurance and in the coming Regular Session.

“This Session is not just going to be an insurance crisis and figuring out ways to mitigate the skyrocketing costs and these increases,” she said.

Following Hurricane Ian, Rodriguez expects legislation to eliminate property taxes for homes destroyed by the storm. Of course, that’s just one small piece of the challenges around the supply of housing for working-class Floridians.

She took part in a panel at the Florida TaxWatch meeting alongside Centerline Capital Partners founder Craig Perry, a developer with projects in Florida and a number of other states. He said the crisis of costs was part of a national supply-and-demand problem.

He pointed to a number of local, state and federal regulations that create problems for builders, from a lack of timeline on zoning applications to land development regulations that, in fact, reduce the practical building level allowed by zoning alone.

But both he and Rodrigues said one of the biggest problems is “NIMBYism,” a widely felt anxiety that affordable housing could reduce the value of homes in the immediate vicinity.

“You’re trying to make things as affordable as possible, but nobody wants it in your backyard — until it’s their own kid,” Perry said.

The matter now hangs over other industries as well. Larry Antonucci, CEO of Lee Health, said he has lost out on hires of skilled workers because of the housing crisis.

“We’ve got to be able to have places for our staff to live,” he said. “We have lost staff that we’ve tried to recruit because of housing. The applicants have tried to find a place to live and they simply can’t.”

The issue has more people in the health care field considering whether they need to become housing developers themselves.

“A lot of the health care systems are actually thinking of that as part of the retention recruitment,” said Shane Strum, CEO of Broward Health. “On some of the available land nearby, do you start to build some type of housing?”

Notably, Senate President Kathleen Passidomo in a video message to TaxWatch members made clear that housing stock will be a priority during her time leading the upper chamber.

“The policies on the federal level have sent the cost of basic goods through the roof. That means that some Floridians are forced to choose between spending the last $20 of their paycheck on food for their families or gas for their tanks,” she said. “In addition, the cost of housing is out of reach for many. If we don’t expand our workforce housing options, we will not be able to fill the jobs that power our economy.”

Across the board, panelists pointed to a number of elements driving costs up, from supply chain disruptions to high demand in Florida. The question in the coming months will be what policy gains momentum as a solution with buy-in, and then whether it will work.