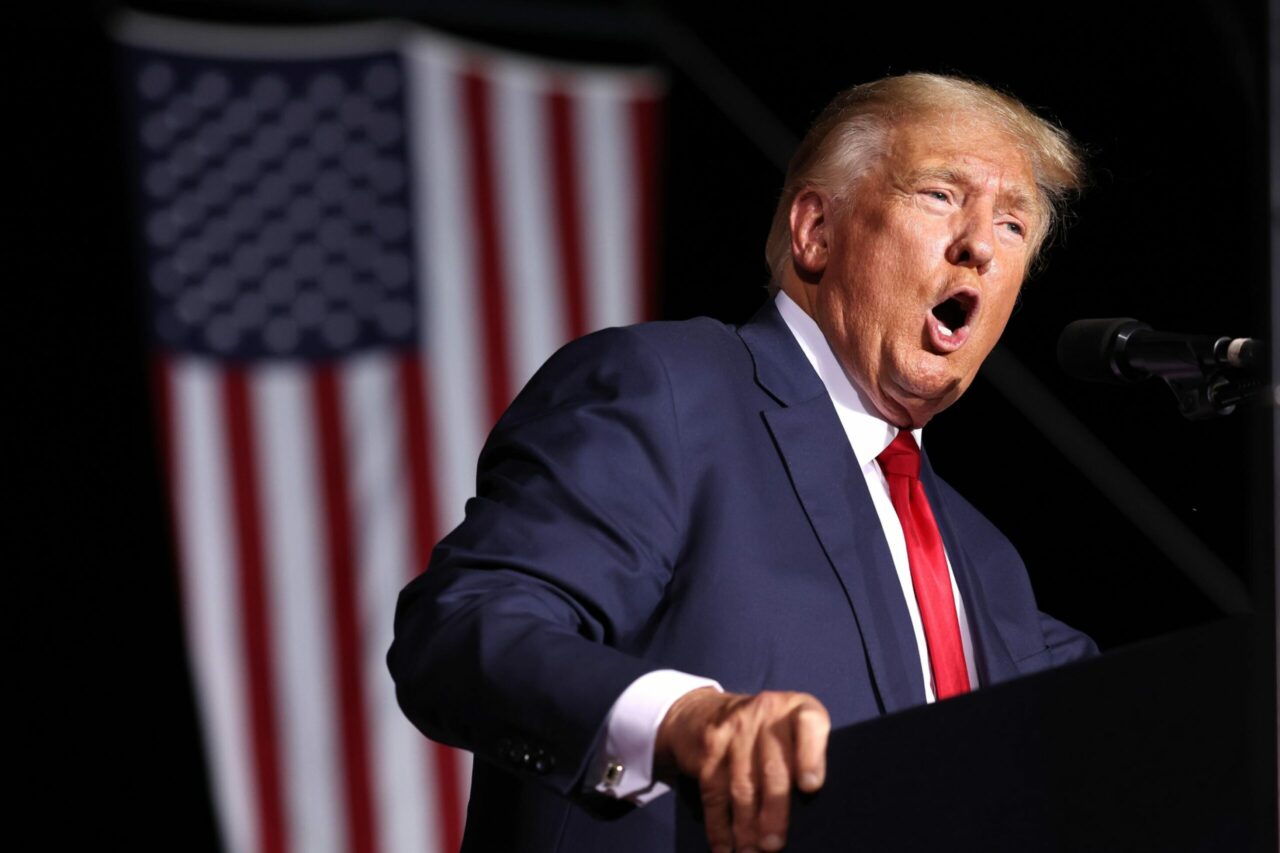 ‘The former President would be well-advised to focus on the future, if he is going to run for President again.’

Former President Donald Trump faced rebuke Sunday from officials in both parties after calling for the “termination” of parts of the Constitution over his lie that the 2020 election was stolen.

Trump, who announced last month that he is running again for President, made the claim over the weekend on his Truth Social media platform.

“A Massive Fraud of this type and magnitude allows for the termination of all rules, regulations, and articles, even those found in the Constitution,” he wrote. “Our great ‘Founders’ did not want, and would not condone, False & Fraudulent Elections!”

Incoming House Democratic leader Hakeem Jeffries on Sunday described Trump’s statement as strange and extreme and said Republicans will have to make a choice whether to continue embracing Trump’s anti-democratic views.

“Republicans are going to have to work out their issues with the former President and decide whether they’re going to break from him and return to some semblance of reasonableness or continue to lean in to the extremism, not just of Trump, but Trumpism,” Jeffries said.

Trump, who is the first to be impeached twice and whose term ended with his supporters violently storming the Capitol in a deadly bid to halt the peaceful transition of power on Jan. 6, 2021, faces a escalating criminal investigations, including several that could lead to indictments. They include the probe into classified documents seized by the FBI from Mar-a-Lago, and ongoing state and federal inquiries related to efforts to overturn the results of the 2020 presidential election.

Asked about Trump’s comments Sunday, Rep. Mike Turner of Ohio, the top Republican on the House Intelligence Committee, said he “vehemently” disagrees and “absolutely” condemns the remarks, saying they should be a factor as Republicans decide who should lead their party in 2024.

“There is a political process that has to go forward before anybody is a frontrunner or anybody is even the candidate for the party,” he said. “I believe that people certainly are going to take into consideration a statement like this as they evaluate a candidate.”

Republican Rep.-elect Mike Lawler of New York also objected to the remarks, saying it was time to stop focusing on the “grievances of prior elections.”

“The Constitution is set for a reason, to protect the rights of every American,” Lawler said. “I think the former President would be well-advised to focus on the future, if he is going to run for President again.”

Trump’s comments came after Twitter’s new owner, Elon Musk, said he would reveal how Twitter engaged in “free speech suppression” leading up to the 2020 election. But files released Friday, which focused on the tech company’s confused response to a story about Biden’s son Hunter, do not show Democrats trying to limit the story.

The White House on Saturday assailed Trump, saying: “You cannot only love America when you win.”

“The American Constitution is a sacrosanct document that for over 200 years has guaranteed that freedom and the rule of law prevail in our great country,” spokesman Andrew Bates said in a statement. “Attacking the Constitution and all it stands for is anathema to the soul of our nation.”