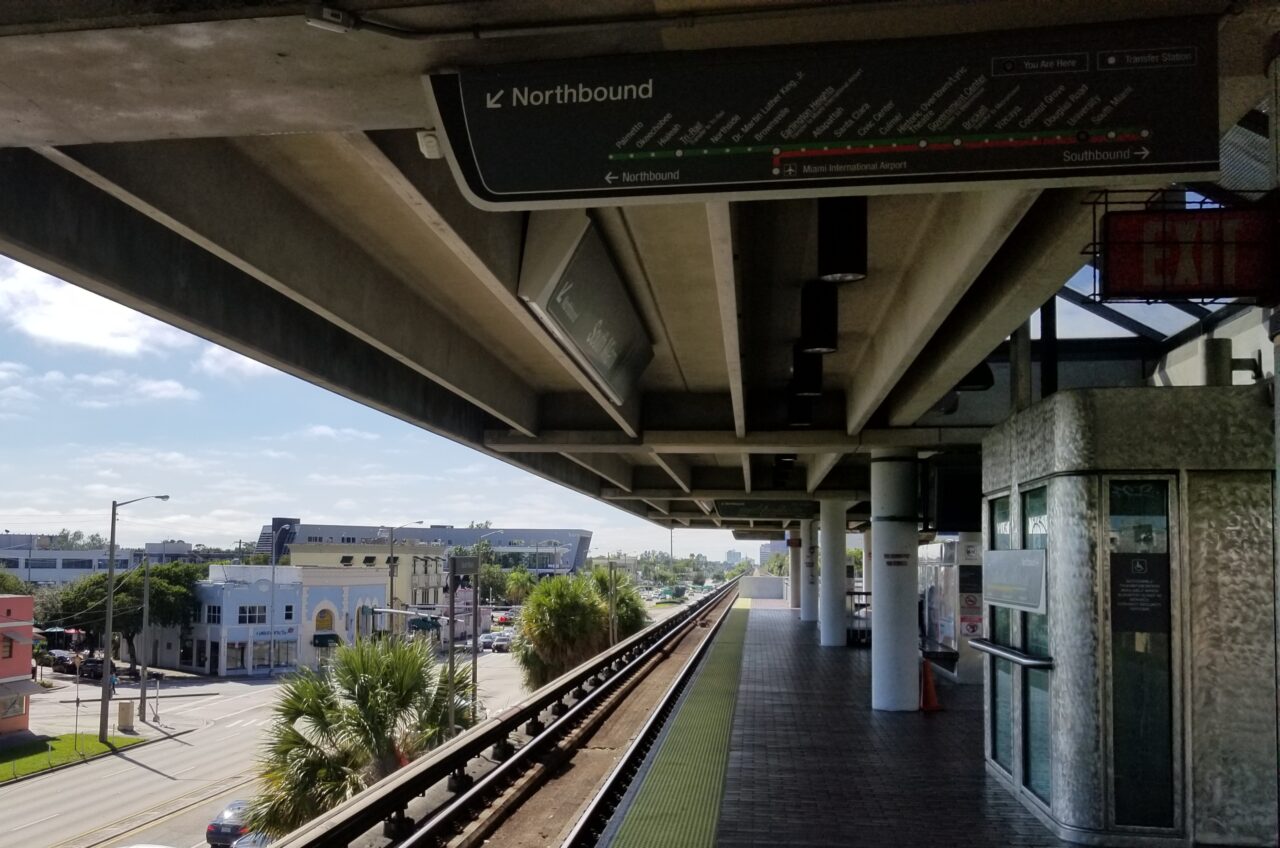 The county is taking a cue from other areas where the federal government is covering more than half the tab.

When Miami-Dade breaks ground on a possible northern extension to its Metrorail system — a milestone targeted for 2024 — county officials want the federal government to bear the brunt of the cost.

On Thursday, Miami-Dade’s transportation planning board voted unanimously for a resolution raising the requested federal cost share of an estimated $1.9 billion project to extend an elevated rail line to Hard Rock Stadium.

Prior to the vote, the cost-sharing plan for the project included a 40-50% federal contribution, with the county and state splitting the remainder. The new funding plan envisions the federal government paying 60% of the cost or the “maximum federal participation rate allowable.”

The reason for the change, Miami-Dade Transportation Planning Organization Executive Director Aileen Bouclé said, is that her agency had “become aware of another metropolitan area that is entering a 60% funding grant agreement for their transit project.”

TPO Governing Board Chair Oliver Gilbert III, who sponsored the item, told Florida Politics on Friday that unnamed project in question is “similar” to the one in Miami-Dade.

“As such, we revised our funding request accordingly,” he said.

Other transit projects have also secured, or are in the process of securing, a majority federal cost share. In November 2021, the Federal Transit Administration committed to offsetting 60% of the construction cost for building a new Portal North Bridge in New Jersey.

There have also been more recent talks between the FTA and Santa Clara Valley Transportation Authority about a $9.3 billion plan to bring the Bay Area Rapid Transit line to San Jose and Santa Clara. Officials there are seeking up to 60% coverage through the FTA’s New Starts program.

Last month, Miami-Dade Commissioners voted to ditch a longstanding plan to build the elevated rail project, called the North Corridor, between the Metrorail’s northernmost station and the Broward County line.

The new, pared-down version Commissioners adopted would instead link the existing Martin Luther King Metrorail station in the unincorporated Gladeview neighborhood to the stadium, which home-fields the Miami Dolphins, hosts myriad yearly concerts and has or will play host to global sporting events including Formula One and the World Cup.

The new timeline anticipates construction to begin on the first of the two project phases within the next two years. By then, it will have been nearly 14 years since the county opened its last new Metrorail station connecting the 38-year-old service to Miami International Airport.

But as was the case in the earlier North Corridor plan, the new line may not carry Metrorail trains. County officials say the mode of transit is “heavy rail,” which includes Metrorail and other train types, but that the line will run on elevated tracks.

So far, only the 20-mile South Corridor, that runs adjacent to US 1 between Metrorail’s southernmost station and the city of Homestead near the county’s southern border, has received full federal and state funding matches of $100 million apiece for a rail-like rapid-bus service.

But while the SMART Program is only just over six and a half years old, many of the corridors it highlights for upgrades have long been contemplated. That includes the North Corridor, which has been studied since the 1990s and was originally intended to be the first extension of Metrorail after the original line opened in 1984.

But the project kept getting poor ratings from the FTA due to several issues, including poor ridership estimates, and in the ensuing years, cost estimates for its construction continued to rise.

After decades of stagnancy, Miami-Dade voters approved a half-percent sales tax known as the “half-penny” in 2002. Revenue generated from the tax were meant to fund transportation improvement and transit expansion, including free Metromover service in downtown Miami and new Metrorail lines to the north and south.

But starting in fiscal year 2008-09 amid recession constraints, Miami-Dade Commissioners passed legislation to divert roughly $100 million yearly from the tax revenue to support maintenance and operations of existing systems.

It took a decade for Commissioners to reverse the move.

Gilbert, who sponsored the resolution changing the North Corridor’s project scope, called the move a “bold attempt to deliver on a 30-year promise to the community.”